The 2018 Nobel Prize in Physiology or Medicine has been awarded to James P. Allison and Tasuku Honjo for their work in cancer immunotherapy.

The two scientists have been working in the cancer immunotherapy field separately for decades — and that hard work has resulted in the development of a new class of anti-cancer drugs called checkpoint inhibitors or immune checkpoint therapy. At their core, the treatments harness the body’s own immune system to seek and destroy cancerous cells. The Nobel Prize winners isolated separate proteins that act as a “brake” on the immune system, and then they removed that brake.

Scientists have been attempting to use the immune system to help fight cancer for the past 100 years, but they didn’t have a significant breakthrough until Allison’s and Honjo’s work.

Their work is revolutionary, and it will change the way we treat cancer moving forward. 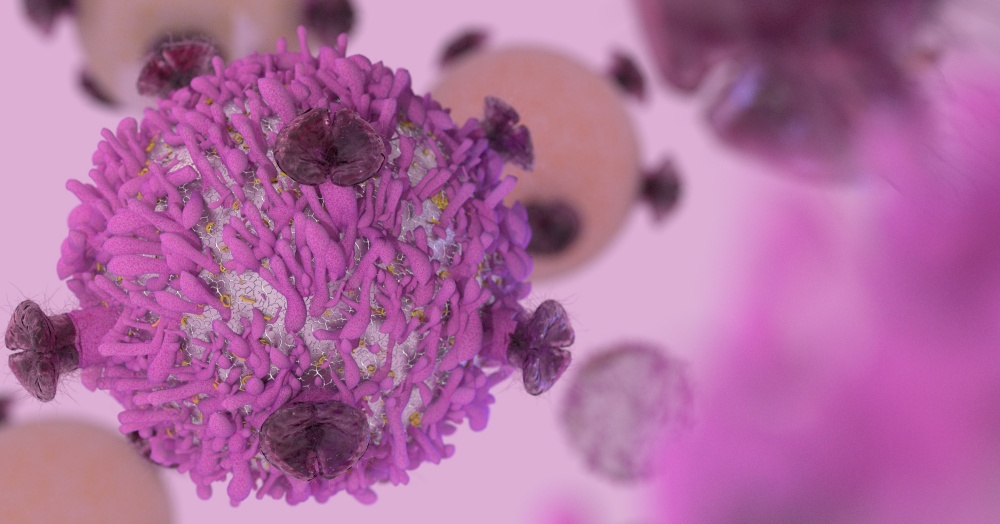 The immune system is the body’s natural defense against dangerous foreign invaders like bacteria and viruses. In order to properly defend the body, white blood cells called T cells need to accurately recognize which cells are foreign and which cells are not. When they find foreign cells, they bind to them and this rallies the immune system to amp up its defense.

Proteins that act as “brakes” or “accelerants” keep T cells in check. If the T cells are too aggressive it could result in autoimmune behavior where the body starts attacking its own tissues; if they’re too passive, it could let dangerous foreign invaders have free reign.

However, because cancerous cells are mutated cells from within our bodies, we want our immune system to recognize them as foreign and attack them, and that’s the goal of immunotherapy. But T cells stop themselves from seeing cancerous cells as anything but familiar cells unless their brakes are removed.

Which is what James P. Allison and Tasuku Honjo achieved in their research. 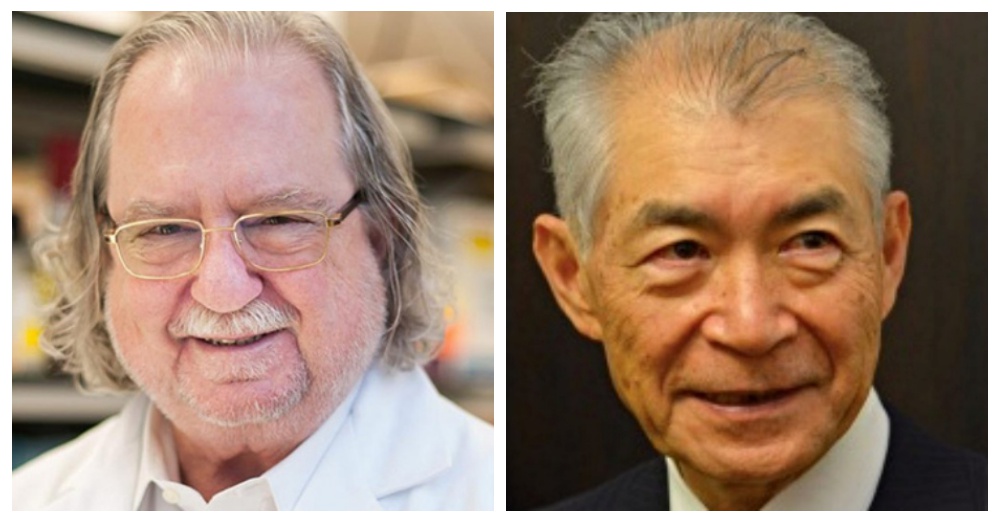 Allison is the chair of immunology at the University of Texas MD Anderson Cancer Center in America. He began studying the protein CTLA-4 in the 1990s, as he had observed (along with other scientists) that it acted as a brake on T cells. But Allison took a different approach than his peers. He created an antibody that binds to CTLA-4 and removes the brake, allowing the T cells to attack cancer cells.

He and his team successfully used the checkpoint inhibitor on mice in 1994 and rid them of cancer. He then spent the next couple decades developing a way to make it effective on human subjects. By 2010, his method had significantly affected melanoma cells in the patients studied, and had even removed all signs of cancer in some of them.

Honjo is a professor of immunology and genomic medicine from Kyoto University in Japan. He discovered a different protein on the surface of T cells in 1992, a couple years before Allison. Called PD-1, it also functions as a brake on the T-cell, but operates a bit differently. He was able to create a “blockade” for the protein that was successful in allowing it to attack cancerous cells.

By 2012, his treatment showed incredible results in clinical studies, leading to long-term remission and even a potential cure in patients with metastatic cancer, which is widely known as being incurable. 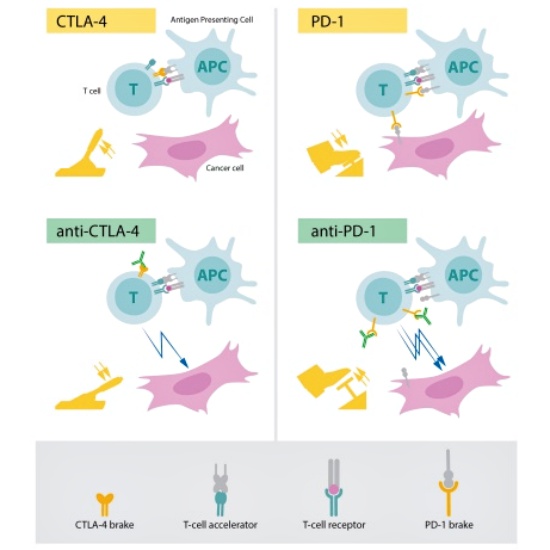 In 2011, the FDA approved the first checkpoint inhibitor, and since then more studies on both CTLA-4 and PD-1 have taken off.

It’s important to note that side effects are possible and can even be life-threatening — that is a major downfall of this type of treatment as removing that brake on T cells can result in them attacking the body’s cells that aren’t cancerous. However, the checkpoint inhibitors the Nobel Prize winners developed have less intense side effects compared to previous immunotherapy treatments, and research is ongoing to reduce side effects and improve efficacy.

PD-1 has shown more promising results than CTLA-4 in multiple types of cancer, including lung and renal cancers, lymphoma, and melanoma. But when combined with CTLA-4, the treatment is more effective than PD-1 alone.

The work of Honjo and Allison has spurred an avalanche of research into additional proteins that act as brakes on T cells. Multiple therapy trials are underway using different combinations of these proteins.

According to The Nobel Assembly, “Immune checkpoint therapy has fundamentally changed the outcome for certain groups of patients with advanced cancer.”

C. Dixon likes to read, sing, eat, drink, write, and other verbs. She enjoys cavorting around the country to visit loved ones and experience new places, but especially likes to be at home with her husband, son, and dog.
Whizzco