The U.S. Navy’s Mobile Construction Battalions (NMCB) are one of the greatest assets in the Naval Service. Their value is multi-faceted and can be applied in both battlefield situations and in humanitarian services.

In this case, a 14-person team from NMCB-11 started a construction project for fresh water storage on Carlson Island, which has a population of 50 people. Fresh water storage is an absolute necessity on these Pacific Islands as they have no natural fresh water supplies of their own. All of their fresh water must be captured and retained from rainfall. To have the simple capacity to be able to store sufficient water supplies and to keep them fresh makes a profound difference in the quality of life for these islanders. 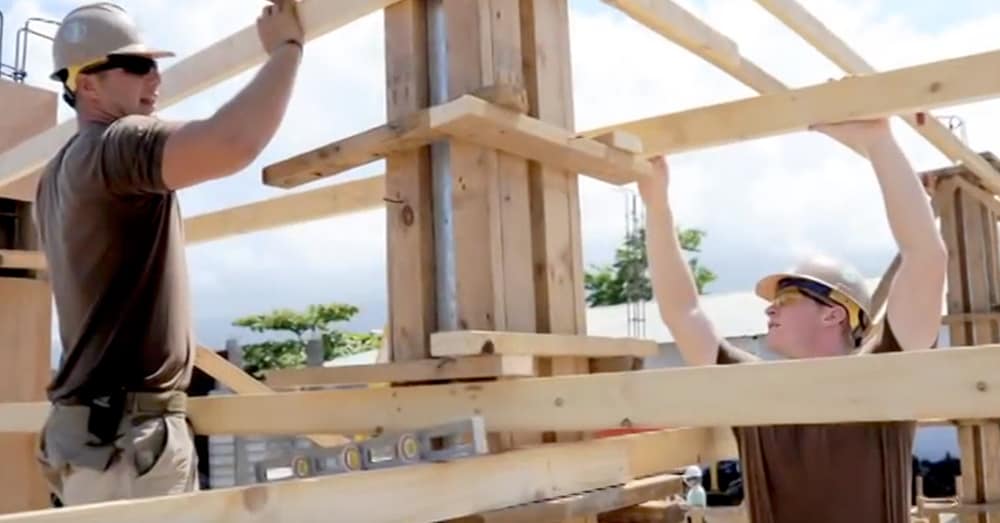 Source: YouTube/1NCDPAO
Seabees play a critical role in rebuilding efforts around the world.

Builder 3rd Class, Briana Garcia Cuevas, one of the team members working on this project, was quoted in a U.S. Navy Military News article saying, “All the hard work is worth it when you see the direct impact your work has on a community that doesn’t have things we take for granted.”

Garcia Cuevas is part of the 7-person team that remained on the island after the larger team of 14 transported and offloaded several tons of tools and supplies to begin and complete the project. The delivery to Carlson Island was done by a U.S. Navy Landing Craft Mechanized (LCM) over two days beginning on April 17, 2018. The estimated two-week construction project will be done by the 7 team members who remain on the island.

Construction Electrician 2nd Class, Joshua Zapien told the U.S. Navy Military News website, “This is what Seabees are built to do.” 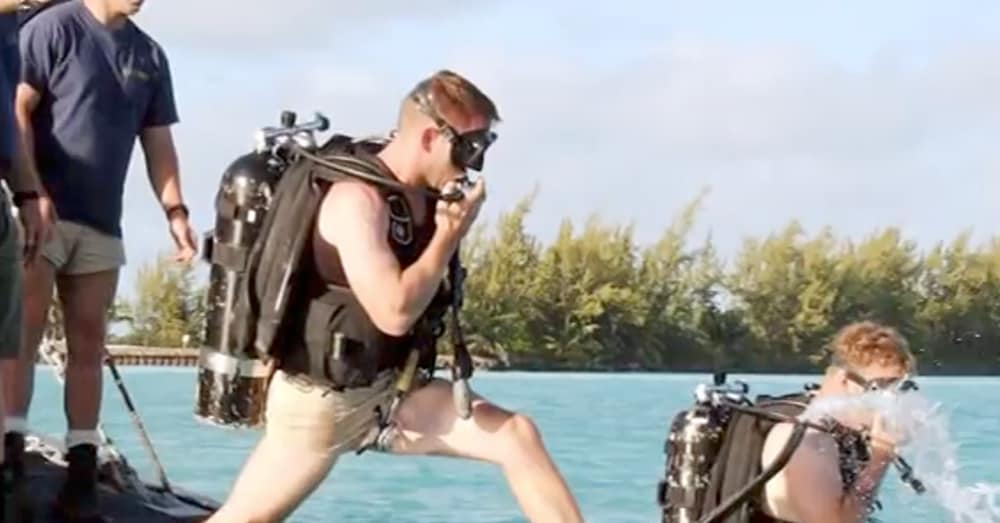 Source: YouTube/1NCDPAO
The multidisciplinary Seabees are there wherever help is needed.

The project is led by Construction Electrician 1st Class Marc Artache. He is responsible for the quality and safety of the project and Builder 1st Class Joshua Vanblarcom is in charge of overseeing the entire project. Because of the Seabees combined skills, the people of Carlson Island will soon have the capacity to capture, store and keep fresh over 12,000 gallons of freshwater on the island.

That is a significant amount of fresh water for a population of 50 people. 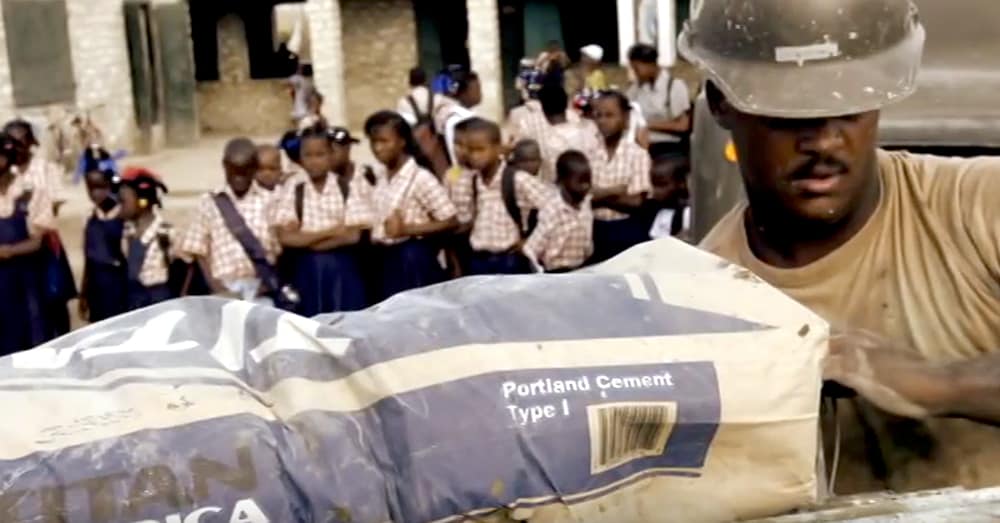 The Seabees of NMCB-11 show us all that the Navy’s reach and mission can be a real factor in the quality of life for people around the world who are in need of simple, yet effective technologies to maintain and improve their lives. In this case, the people of the Marshall Island are benefiting from the skills of NMCB-11 to improve their environmental quality of life.

In other cases, the Seabees can bring their multifaceted construction skills to bear to help people recover from natural disasters anywhere in the world in all climates and circumstances. 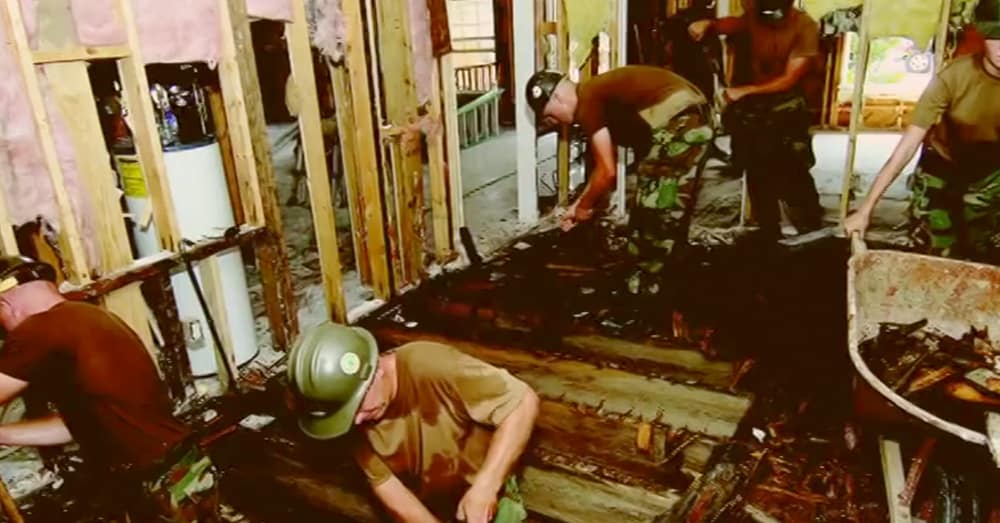 Source: YouTube/1NCDPAO
The Seabee motto: We build. We fight”; “CAN DO”.

They were called upon in Puerto Rico after the hurricane devastated the island last year. They were among the first to arrive and begin the major work of rebuilding emergency infrastructure needs.

The Veterans Site wishes to express its thanks to the team members of NMCB-11 who are engaged in helping the people of the Marshall Islands at this time. We extend that thanks and our respect for all the men and women who presently serve and all who have served with the Naval Mobile Construction Battalions from WWII to the present.

You have proven your motto “Can Do” on all the occasions you were called upon to carry out in war and in peace. Thank you for your noble service.