Have you heard of Nirvana? How about Soundgarden? What about the Special Forces? These three groups have very few things in common. Sure, they’re all intense in their own ways and were around in the 90s, but they have one thing in common that is almost too crazy to believe. You may have never heard of Jason Everman, but he is the only person who has been a member of all three groups!

Everman was profiled by The New York Times recently, where they narrated his strange journey from being an Alaskan-born rocker, to a Seattle-grunge member, to Afghan Special Forces.

Everman started playing guitar after his grandmother sent him to a therapist because he blew up a toilet with an M-80. In those therapy sessions, Everman was taught to express himself through music. His evolved over the years into becoming a member of the punk music scene. Eventually, a friend of his who had been drumming for a little known band called Nirvana recommended that Jason be the band’s new second guitarist. Jason got the gig and actually helped fund the band’s first recorded album, Bleach.

But after their first tour, Everman was asked to leave the band. Shortly after the split, however, Everman auditioned for Soundgarden, who had just lost their bassist due to creative differences. Everman was back on the scene again for a short time before he was fired from Soundgarden.

After playing in bands for a short while longer, Everman decided it was finally time for a change. In a subculture that celebrated the death of established norms; that cherished pessimism; that focused so heavily on sex, drugs, and alcohol; Everman decided to rebel against the rebellion. In his interview with Clay Tarver, Everman said:

“I was in the cool bands. I was psyched to do the most uncool thing you could possibly do.” 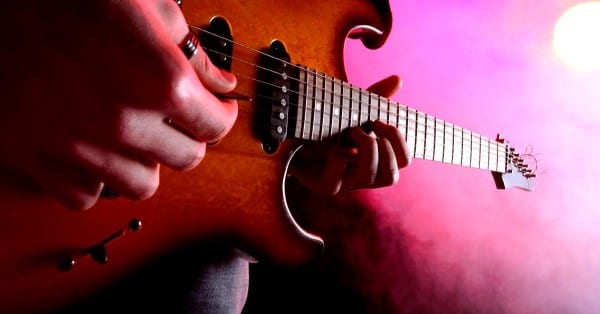 He got in shape, went to Manhattan, enlisted, and was quickly put on a fast track to becoming an Army Ranger. His achievements as a Ranger led to his becoming Special Forces after the terrorist attacks on 9/11/01. In Afghanistan, Everman rode horseback, shot grenade launchers, and went on midnight raids in helicopters! Everman said of the experience:

“Iraqi tanks were exploding all around, turrets shooting off into the desert. I saw stuff I never thought I’d see. Buildings blew up in front of me, dude.”

He talked to Got Your Six Storytellers about what he learned from being a musician and how it impacted him as a soldier. To him, there is a simple formula for life satisfaction…

To Everman, being a soldier was a fulfilling life. It was a place where he could put his mental energy to good use through endurance and through strategy. The military was his family and being a soldier allowed him push himself further and further until he had achieved his goals. After the military, Everman came up with a new goal…

Everman used his G.I. bill and a recommendation by General McChrystal to get into Colombia University.

He is an inspiring example of how failure does not define us. After getting kicked out of two bands and struggling to find himself in a world of counter-culture and pessimism, Everman used personal momentum to loft himself to great heights. He traded in his grunge guitar for a helicopter, and a helicopter for a knapsack full of books. He’s lived many lives and will likely live many more. But most importantly, Everman reminds us that through hard work, we can do anything.