A Brig? It is not something you would normally think about, but, yup, on a ship like the USS Nimitz (CVN 68) with a crew of 6,000, essentially a floating small town, there is a brig. What is a brig? For those who might be unfamiliar with the term, it is the nautical term for a “jail.” This video will give you a brief tour of the actual brig aboard the Nimitz.

Among sailors and Marines there is a lot of lore about “the brig.” There are some who, by the nature of their characters, may be truly skilled at what they do, but when given too much time on their hands (like shore liberty) they can tend to “go astray” and find themselves in any number of goofball situations that are somewhat contrary to the legal certainties codified in the Uniform Code of Military Justice (UCMJ).

Military lore is replete with such characters, like Marine Corps combat pilot, George “Pappy” Boyington, and his “Black Sheep Squadron” of WWII in the Pacific. They were often described as a collection of screwballs always one step away from a court martial. Even yours truly had a brief, ultimately humorous, experience before a Captain’s Mast on one occasion and lost a stripe on another. The brig aboard a Navy ship can be either a brief lesson learned experience for the occasional goofball, or it can be the beginning of serious time for a sailor or Marine who goes outside the bounds of proper military behavior. 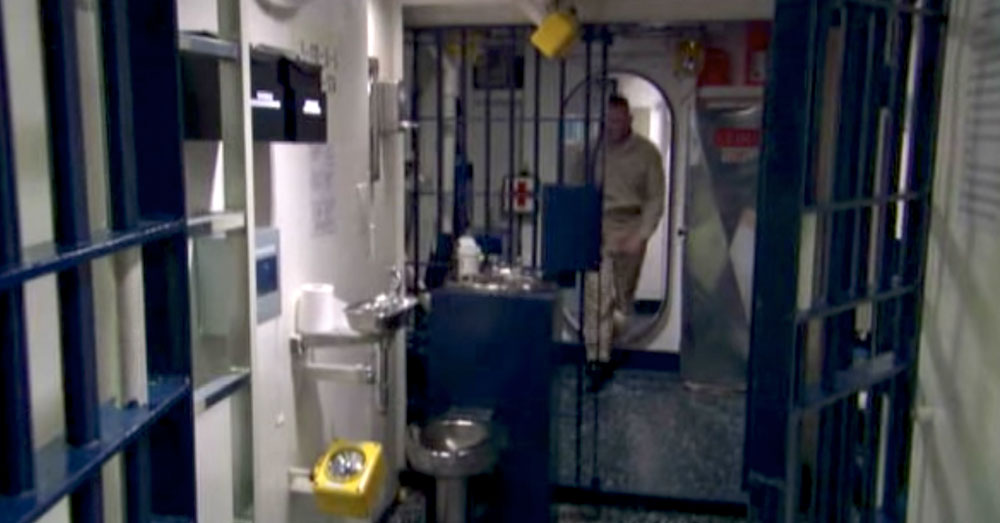 While every sailor and Marine knows of the existence of the brig most will go through and entire enlistment, or even a career, without ever seeing the inside of one. Some might get a taste of it, sleeping off the effects of an overzealous night of tasting the local brews while on liberty in some port. It is hard to believe that such an institution would have to be included in the thinking and design of a modern naval vessel, but when you have ships like the Nimitz that carry a complement of 6,000 sailors and Marines, essentially a small town afloat on the seven seas, things can happen; human foibles travel with us after all. 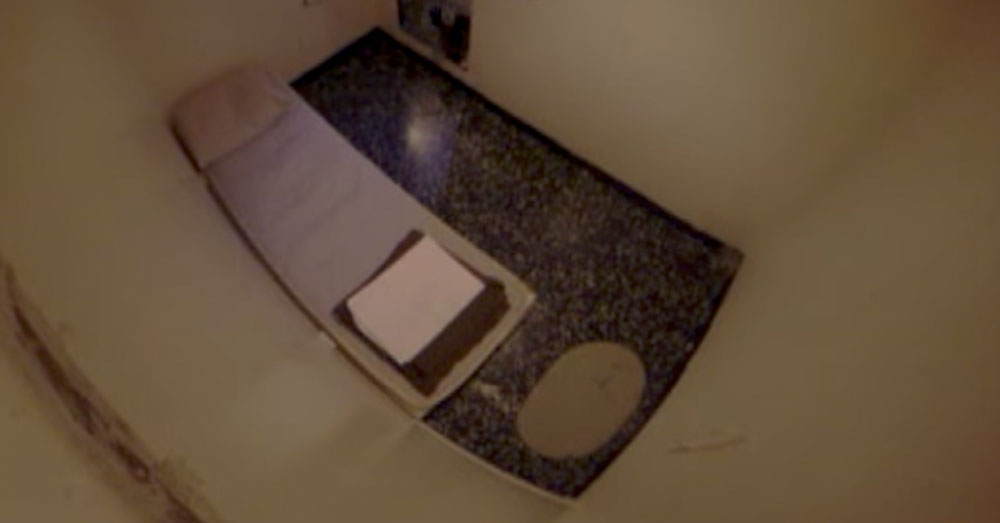 We like to think that our military is full of good citizen soldiers, sailors, airmen, Coast Guardsmen and Marines, and that is true, but the fact is that they also reflect the civilian population. One might be tempted to think that the brig aboard a Navy ship would be kind of like the jail in Mayberry in the old Andy Griffith show, where the boozy town drunk can lock himself in and let himself out at will, but you would be very wrong.

The brig is serious business.

You do the crime aboard ship, you’ll do the time for it too. It is a form of discipline, and the hope is that those who commit minor infractions, will be able to learn their lessons. But for those who commit major and serious crimes aboard ship, these brigs are as secure and serious as any jail or prison. Only, in this case, you will have to deal with the added reality of military discipline and the Uniform Code of Military Justice (UCMJ).