The House of Representatives introduced legislation for a new GI Bill last week that promises to make a real difference in the eligibility of educational benefits for a wider range of honorably discharged veterans, “forever.”

It will be called the Harry W. Colmery Veterans Educational Assistance Act of 2017, after the former American Legion Commander who penned the original GI Bill of 1944. If this passes, and it seems to have a real strong possibility as it enjoys strong bipartisan support in both the House and the Senate, it will be a real boon for veterans and their survivors and dependents.

A diverse collection of interested groups were involved in the discussions and the crafting of this bill. They include the Veterans of Foreign Wars, the American Legion, the Vietnam Veterans of America, Got Your Six, the Military Order of The Purple Heart, and the Tragedy Assistance Program for Survivors. It appears that there is real bipartisan support this time, in both houses of Congress. Liberals seem to be satisfied that it will be fair and broad-based and the conservatives seem happy that the plan does not break the federal budget.

The new bill will simply be called the GI Bill. There will be no post 9/11, or other distinctions. It will become a “forever” bill. Veterans who become eligible after January 1, 2018, will no longer have a 15 year limit in which they have to “use or lose” their GI Bill education benefits. (Vietnam veterans had to use theirs within 10 years). It will be a GI Bill for all generations of veterans.

This bill is also filled with reforms for previously ineligible veterans. For example, it fixes loopholes in the current GI Bill that leave out those who received a Purple Heart while serving alongside their active duty brothers and sisters in combat with a National Guard or Reserve unit, and for those reservists who got non-medical, honorable discharges before reaching full benefits eligibility. This will benefit thousands of such veterans. Other qualified reservists will be included in this bill as well.

This bill will also help veterans who have been negatively affected by the closures of for-profit colleges in recent years. It will restore their educational benefits and they will be able to recover their educational assistance.

Another very important element in this new bill is that it contains provisions to help veterans survivors and dependents by including them under the current Yellow Ribbon eligibility program.

Of course, the big question is how will this bill be paid for? A previous bill was criticized and dropped in the spring, because of the way that it proposed to pay for itself. That proposal was to fund the bill through a $100 reduction in monthly pay for all who are currently serving, which critics called a “GI tax.” This new “forever” bill proposes to pay for itself through savings from a change in housing allowances for student veterans. These housing allowances are currently fixed at the generous DoD basic allowance for an E-5 with dependents. Under this newly proposed GI Bill, veterans would receive the same BAH as similarly situated active duty service members.

“Nobody will see less money, but it would realize long-term savings beyond increasing future housing allowances willy-nilly,” Will Hubbard, vice-president of governmental affairs at Student Veterans of America told Task and Purpose. 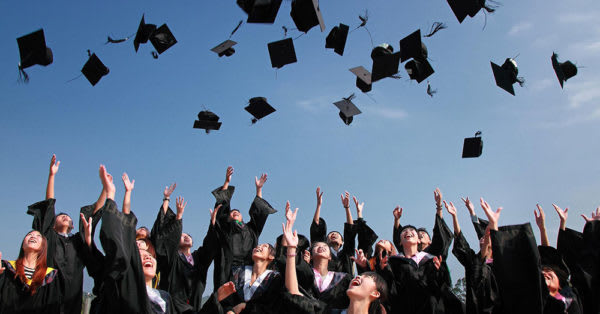 Last year, the CBO analyzed a similar plan in a previous bill that was tabled by Congress and concluded that it would reduce annual federal spending by $3.1 billion.

The Veterans Site hopes that this bill will be passed. It is a matter of justice as much as an economic issue. The GI Bill of 1944 helped to create the fasting growth in a national economy in history. It created the largest and most robust middle class the world had ever seen and it helped to make this country the strongest economy in the world. This is because it opened up opportunities for college educations to more people than at any time in history.

This new GI Bill could have an equally positive effect on our national economy for the future. It is a matter of justice for the fact that those who will be eligible have willingly served and sacrificed for the nation like no other sector of the population. The best way for the nation to thank its veterans is to give them the benefits they have earned and deserve.