Just 18 minutes later, United Airlines Flight 175 crashed into the south tower. Burning debris fell to the streets below along with the bodies of those who tried to escape by jumping out windows.

Next, a third plane, American Airlines Flight 77, crashed into the west side of the Pentagon near Washington, D.C. and a fourth plane, United Flight 93, crash-landed into a field in Pennsylvania killing all 40 on board.

By the time the World Trade Center towers collapsed into a terrifying and deadly inferno of rubble, the whole world was watching.

We all remember where we were when we first heard about the September 11th attacks on America. We recall our reactions, seeing the destruction on television, wondering how anyone could so brutally hurt so many people.

Nearly 3,000 people lost their lives that day, from employees who worked in the World Trade Center and the Pentagon, to innocent bystanders on the street, to brave policemen and women, firefighters, and paramedics who sacrificed everything to save those left in the rubble, VOA reports.

Though the smoke has subsided and the dust has settled, the memories of the victims still remain. Sadly, victims are still being laid to rest

“So many years later, we continue to lose those who displayed such incredible bravery on that terrible day and in the weeks that followed,” Fire Commissioner Daniel Nigro told Daily News.

Firefighter Kevin Nolan was only 58 years old when he became the FDNY’s 199th to pass away from a 9/11-related illness.

Nolan started out with the FDNY on the Upper East Side and eventually moved on to work in the Bronx. He was part of the rescue and recovery on Ground Zero after the attacks, and retired in March 2007.

He developed cancer from exposure to the dust from the collapsed towers, and left behind three children and a wife when he died in 2019.

Each day we must remember the victims, the families, and survivors dealing with loss, recognizing the lasting consequences of 9/11 on individual lives. In fact, 9/11 is still claiming victims, and tragically, it’s the men and women who responded to the attack first, breathing in toxic dust from the decimated skyscrapers, who are now suffering the worst, People reports.

About 40,000 people are living with conditions linked to 9/11, including thousands with respiratory illnesses and mental health issues.

We must never forget the victims of 9/11 victims. Click below to take the 9/11 Pledge honoring those who perished in the attacks as well as their families who still mourn them today.

Never Forget 9/11 Victims And Their Families 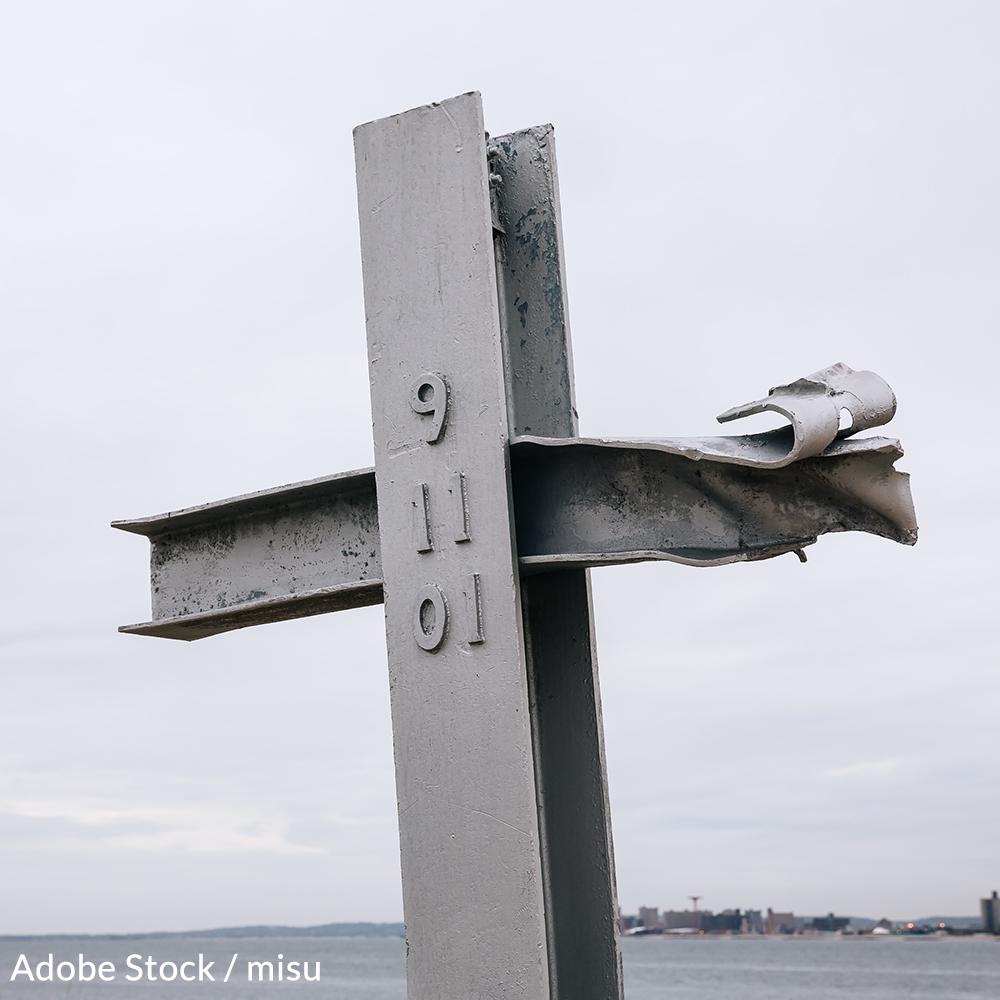 The smoke has subsided and the dust has settled, but we must Never Forget those who died in the terrorist attacks of 9/11.

Sadly, victims are still being laid to rest today.

Take the pledge to honor all those who died on 9/11 and those who continue to live with the wounds wrought by terrorism.