Navajo Code Talkers Helped The U.S. Defeat Fascism With One Of Our Most Valuable Weapons

When Pearl Harbor was attacked on December 7th, 1942 everything changed for this country and for the world. The wars that had already been raging in Europe and in Asia for two or three years suddenly became a true worldwide war.

For the next almost 4 years America sent troops and supplies to both theaters. The entire nation went into wartime footing, manufacturing the necessary material to sustain the troops and the war effort on both fronts.

The whole of the United States was engaged in a single effort to defeat the forces of facism and imperialism around the world. Every sector of the society was involved. 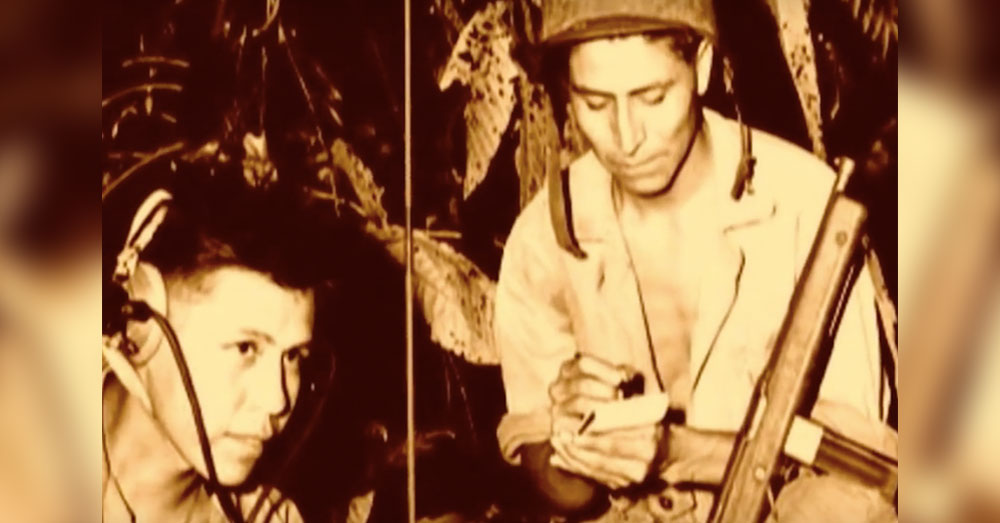 One group, despite its difficult history with America, that is, the various Native American tribes, proved to be one of the most significant contributors to that effort. Along with their warrior traditions, Native Americans brought a unique weapon into the fight to defeat the enemy, their language.

After Pearl Harbor the United States Marines took in a group of 400 Native Americans to serve in Marine Corps units as radiomen and forward observers and to use their languages as secret codes for passing on messages on the battlefield about enemy locations and to call in artillery and air support in the Pacific war. These 400 men went through boot camp at Marine Corps Recruit Depot (MCRC) in San Diego and then trained at Camp Elliot for the fighting in the Pacific. 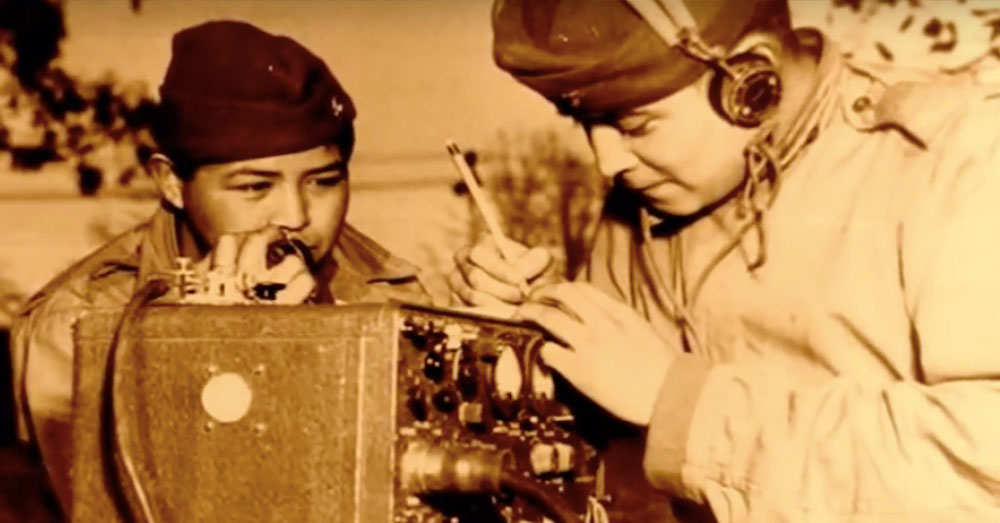 The Japanese had learned some Native American languages, but not the Navajo language. Navajo speakers became known as the Navajo Code Talkers. They proved that their courage as warriors was second to none and that their ancient language was invaluable to the Marine Corps’ successes on battlefield over and over again.

Indeed, the Navajo Code Talkers have been credited with being instrumental in the Marine Corps victory on Iwo Jima. In the heat of battle, they sent and received thousands of messages that completely stymied the Japanese.

Click the button below to learn how the Japanese reacted to the Navajo Code Talkers.