One Of The Last Navajo Code Talkers Dies At 94

Samuel Tom Holiday, one of the last surviving Navajo Code Talkers from World War II, passed away at 94. He was surrounded by family and friends at his home in Utah when he died on June 11, 2018. His granddaughter, Tya Redhouse, said he will be buried next to his wife on the Navajo Reservation in Kayenta, Arizona.

Holiday was one of nearly 400 Native Americans who served during World War II with the Marine Corps, using the complex Navajo language to develop a code used in the Pacific theater. The men were known as the Navajo Code Talkers, and their service led directly to numerous victories during the war, including the victory at Iwo Jima. Their code was never broken by the Japanese.

With Holiday’s passing, there are fewer than 10 Navajo Code Talkers still alive now. 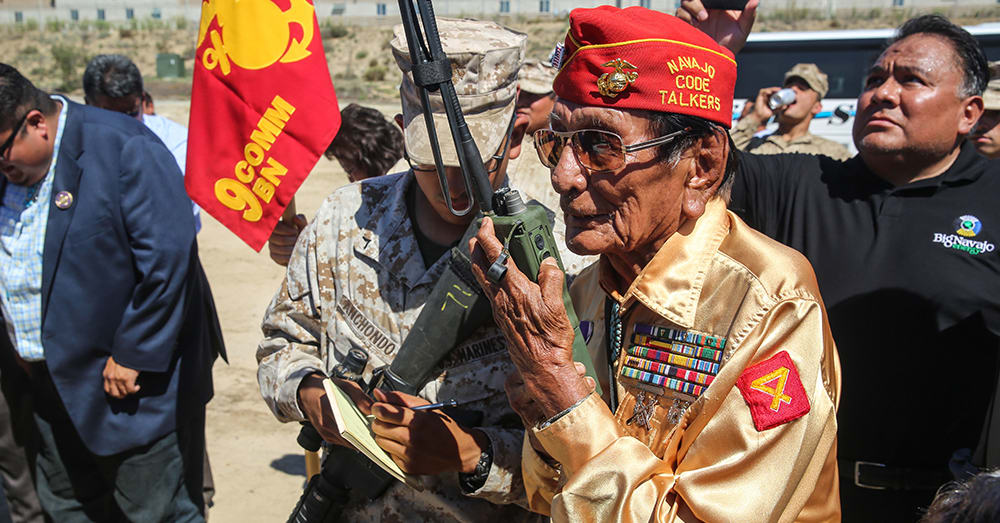 Samuel Holiday enlisted in the Marine Corps in 1943 at the age of 19. Throughout World War II he served with the 25th Marine Regiment, 4th Marine Division alongside his partner Dan Akee Sr., who passed away in 2016 at the age of 96. Holiday served in multiple forward operations with the Marines in the Pacific, including Saipan, Iwo Jima, Tinian, and Marshall Island.

However, his family knew little or nothing about his special service in the war for decades. The Navajo Code Talkers remained classified until 1968 and he didn’t share his personal story until the 1980s, though he then became an outspoken advocate for the Navajos service and legacy in WWII.

Holiday co-authored the book Under the Eagle: Samuel Holiday, Navajo Code Talker and throughout the years met with active duty service members, veterans and the public to share his story and the story of the Navajo Code Talkers. For his service during WWII, Holiday was awarded the Purple Heart, Congressional Silver Medal and other decorations. 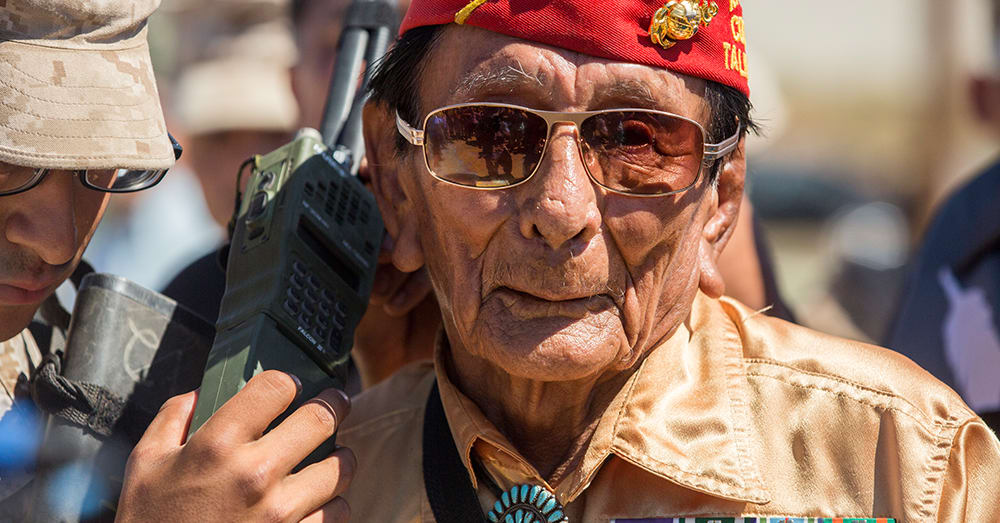 U.S. Marine Corps/Lance Cpl. Adrianna R. Lincoln — Navajo Code Talker Samuel T. Holiday, a native of Kayenta, Ariz., listens to an incoming radio transmission during a visit to Marine Corps Base Camp Pendleton, Calif., Sept. 28, 2015. The Navajo code talkers took part in every assault the U.S. Marines conducted in the Pacific from 1942 to 1945.

“Yesterday, Navajo Code Talker Samuel Tom Holiday passed away at 94 years old. Holiday, one of the last surviving Code Talkers from WWII, joined the Corps at 19 and became part of a legendary group of Native Americans who encoded messages in the Navajo language,” the U.S. Marines shared on Twitter. “Semper Fi.”

Watch this 2012 interview with Samuel Tom Holiday in the video below!

Learn more about the Navajo Code Talkers: Click “Next” below!