The Navy Just Created The Funniest Music Video On A Budget Of Zero Dollars!

Behold Annapolis: home to the United States Naval Academy. After working hard — conditioning their minds and bodies to serve our country — our Marines and Sailors deserve a break from their training. So a group of midshipmen got together to create this hilarious parody of Mark Ronson’s hit song, “Uptown Funk.”

The twist, however, is that they changed the lyrics to be about Annapolis!

Midshipman 1st Class Rylan Tuohy rewrote the lyrics with a little help from his friends. Tuohy had always loved making videos and actually debated between joining the Navy or focusing on his love of filming. It appears he’s found a way to do both!

Surprisingly, they made their video with a zero-dollar budget. And everyone involved in filming (both behind the camera and in front of it) were midshipmen. 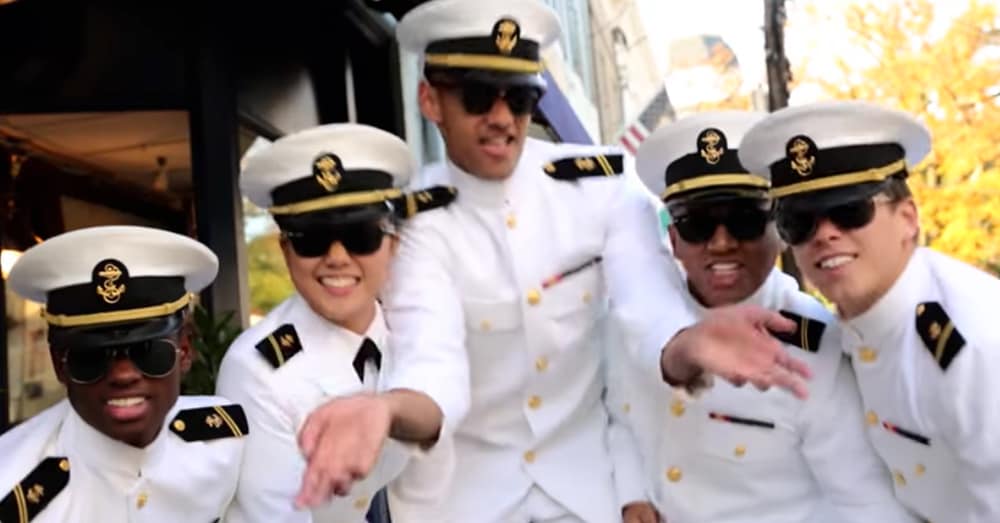 The cast and crew of 60 midshipmen were able to shut down a city block in downtown Annapolis while they filmed for four hours with a camera and a drone. The result is nothing short of perfect!

The singing and dancing with the Sailors in their white uniforms made the best parody song and music video you’ll see! 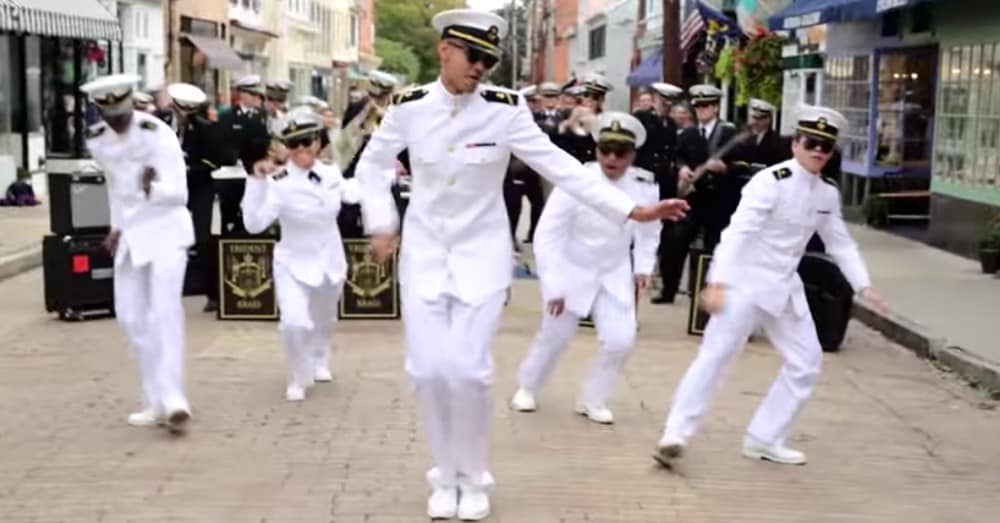 Midshipman 1st Class Rylan Touhy has produced several videos, or spirit spots, for the Navy recently. For the annual Army-Navy football game, he has been the brains behind the hilarious videos “I Give A Ship” and “Helm Yeah!”

“Wherever I’m stationed, wherever I’m deployed, I’ll find a way to keep the videos with me to show off what we’re doing,” said Tuohy.

Take a look! It’s the Naptown Funk, and it’s hilarious.

If you enjoyed that, click through to the next page to see the Army have fun with the song, “Call Me Maybe” in Afghanistan!