Since the ancient Egyptians, the Romans, and the Greeks, dogs have been a crucial part of military efforts. Which makes it surprising that it wasn’t until the 1940’s that the US Government officially invested in military war dogs (MWD’s). MWD’s have such a fascinating and rich history, but their present situation is often overlooked. These four-legged heroes need your help getting home and getting adopted to loving families! 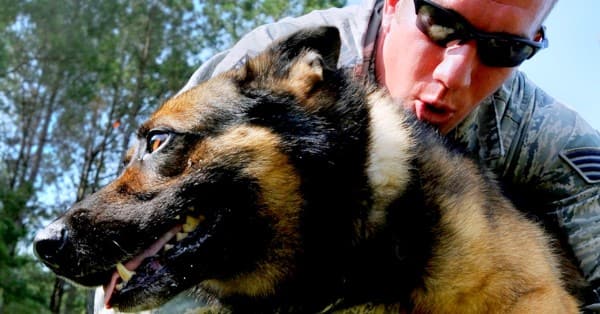 The History Of War Dogs

Soon after the Japanese attacked Pearl Harbor, America decided it was time to bring in the dogs. With the help of the American Kennel Club, the organization “Dogs For Defense” (DFD) was established in 1942. This organization was started by recruiting volunteers! The Huffington Post described it best when they said:

“[Dogs for Defense] brought together professional and amateur trainers and breeders as well as private individuals who wanted to support the cause of utilizing dogs to a greater extent than ever before as a part of the American military.”

When the DFD started, families across America would donate their dogs to serve the war effort. There was no promise that these canines would be returned to their families. In the first years of what was nicknamed “the K9 Corps,” over eighteen thousands dogs passed inspection to serve in the armed forces. Two years later, they had narrowed down their selections to seven different breeds:

These dogs served in various roles. During the Vietnam War, MWDs were used to help carry supplies, to serve as sentries, to aid in tracking, and even to detect enemies under water. 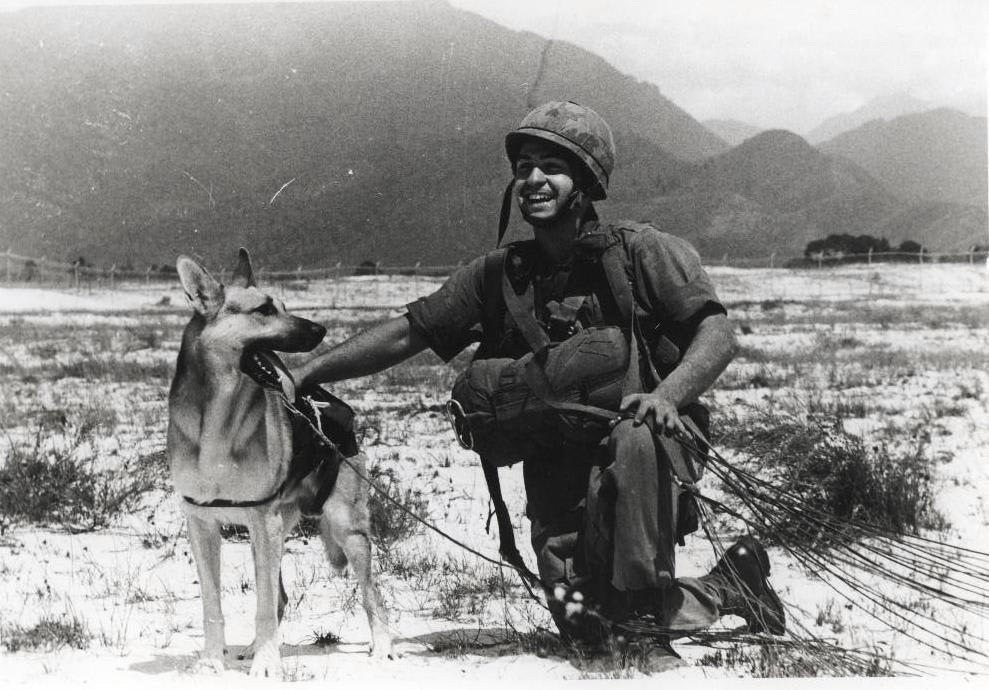 In today’s military climate, the culture surrounding MWD’s has changed. The military no longer accepts donations to the K9 Corps. Instead, they purchase many of their dogs from Europe, whose history breeding military dogs spans several centuries. The U.S. is also ramping up their own breeding programs so as to not rely so heavily on Europe for suitable dogs. Nearly 15% of the our MWD’s are now bred by the U.S.

Since 1958, dogs have been trained at Joint Base San Antonio-Lackland in Texas. According to San Antonio Magazine:

“The facility [at San Antonio-Lackland] now has 62 training areas with more than 1,000 dogs, [and] a training staff of approximately 125 Army, Navy, Marine Corps and Air Force personnel.” 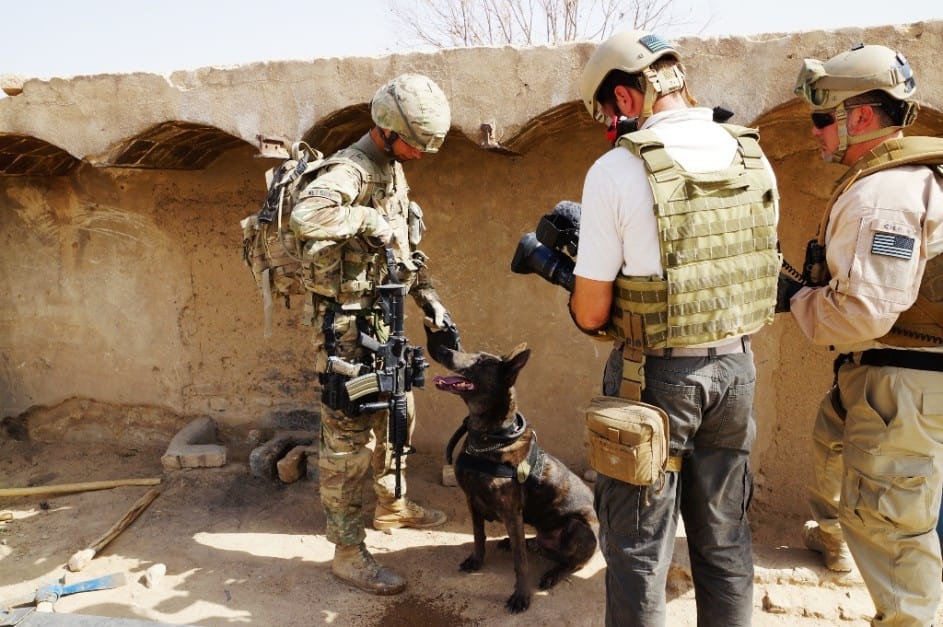 Sgt. Charles Nelson talks to his MWD partner Zzack during their mission in southern Afghanistan in 2012 / Via U.S. Army and Staff Sgt. Paul Evans

Instead of seven different breeds of dogs, our military now sticks mostly to German Shepherds, Retrievers, and the Belgian Malinois. Their jobs have also changed. Today, MWD’s mostly serve to detect drugs, explosives, as well as serving in various support roles.

How to Help: MWD’s serve our country in an important way. Many MWD’s see combat and are mentally scarred the same way as their human handlers. Once they are done serving, MWD’s need help the same way that soldiers do — a small donation could make a huge difference in the lives of these four-legged heroes.

What happens after dogs are retired from the Military?

In the past, MWD’s were left overseas after they had served the military. Those who made it home were often euthanized. That is, until Bill Clinton signed into effect Robby’s Law in 2000. This law required that all MWD’s that were suitable be put up for adoption instead of abandoned. This law also gives the dogs’ handlers first rights to adoption. Many handlers form a special bond with their MWD’s, as was the case with one Marine Sergeant and his dog, Casey.

Military War Dogs have become a crucial part of our armed forces. After serving, however, MWD’s often come home with PTSD and need time to rehabilitate before they are adopted by a family. These dogs have served their country proudly and most of them have seen combat; many have even saved lives. It’s important that we take care of these service members after they have retired from the military. You can help care for our nation’s retired war dogs with a small donation to the Veterans Site. Donations go towards vaccinations, toys for canine PTSD, and even transport to dogs that have been left overseas.

With just a few clicks, you can make a difference in a war dog’s life!