It’s no secret that there are fewer women than men in the U.S. military, and even fewer mothers, but is that policy or punishment?

The government prohibits single parents from enlisting in all branches of the armed forces except for the Army National Guard, which keeps a lot of mothers from joining up. In the past, women have tried to get around the ban by giving up custody of their children until after basic training. New requirements in each branch make that strategy obsolete, though. The Marine Corps requires those who give up custody of their children to wait an additional year or more before being eligible for enlistment. In the Navy, the waiting period is six months and the custody transfer must be made permanent by court-order. 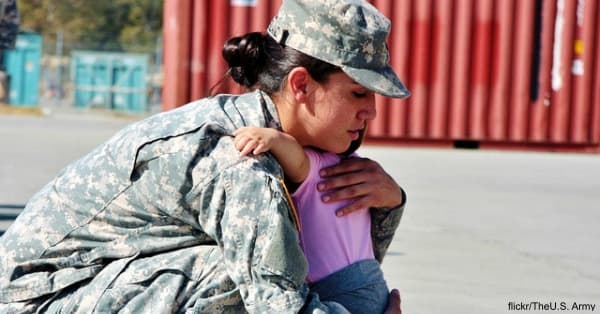 The military’s policies on enlistment are far from sympathetic to single parents, but a small amount of consideration has been given to mothers recently. As Former Army cook Alexis Hutchinson dodged deployment to Afghanistan so she wouldn’t have to place her child in foster care, the Army deferred a court-martial for an other-than-honorable discharge, reducing her to Private and eliminating her benefits.

“The military is aware that these things happen, and I believe the regulations anticipate child-care plans sometimes falling through, and there are sometimes no alternatives,” said Hutchinson’s civilian lawyer, Rai Sue Sussman. “They recognize the parent does have a duty to care for their child if they can’t find a backup for when they are deployed. The military doesn’t want people deployed who are distraught about their children.” 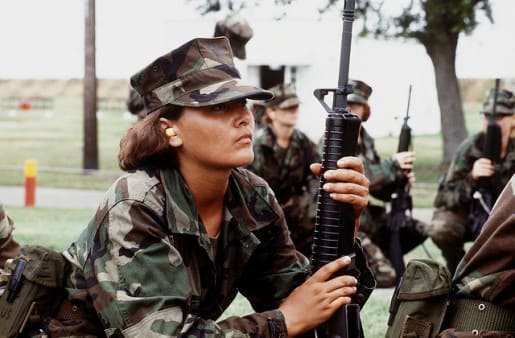 In the latest totals from the Joint Economic Committee https://www.jec.senate.gov/public/, about 220,000 women have served in Afghanistan and Iraq since 2001. About 40 percent of those active-duty women, or almost 85,000, are mothers. Out of those, at least 30,000 are single moms.

In a 2007 congressional report, “Helping Military Moms Balance Family and Longer Deployments,” it was found that women are more likely than men to be single parents or to be married to another member of the military. Approximately 11 percent of women in the military are single mothers compared to 4 percent of single fathers. Women are also five times more likely to be in dual military marriages, where both partners are eligible for deployment. 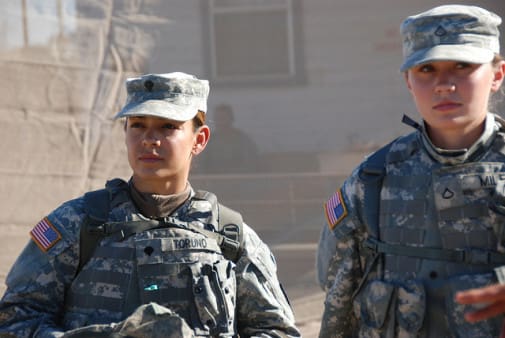 Kathleen Gilberd, co-chair of the Military Law Task Force, said that enlisted men and women hear from the very beginning of their service that their family needs come second to the military.

“There is a pregnancy discharge, a parenthood discharge for sole-parents who can’t find someone to give total care to their kids, and there’s a hardship discharge where an unusual family problem that requires the soldier to be with a family in financial crisis or a family member who has a severe mental health problem,” Gilberd said. “But, despite regulations existing to deal with these problems, these are typically ignored by the military. The military will typically say, ‘Well, we looked at it, but we can’t help you with this.'”

While many questions still surround the military’s treatment of mothers, there has been some recent progress made in the area of maternity leave. For more information, read this article about the Pentagon’s decision to change maternity leave length for all branches of the military.