These Are The Most Decorated Service Members In U.S. History

Throughout U.S. history, brave men and women have fought, bled and died for our country and freedom. All those who have ever served honorably deserve the highest respect. Yet there are times when some rise above the call of duty and perform their service in a way that makes them legends among heroes.

Medals and decorations differ between time periods, as well as between branches of the military, so it is impossible to say exactly who the most decorated or most highly decorated service members are with absolute clarity. In fact, the only thing tougher than these brave men is trying to compare them.

However, here is a list — not in any particular order — highlighting 10 of the most decorated service members in U.S. history. 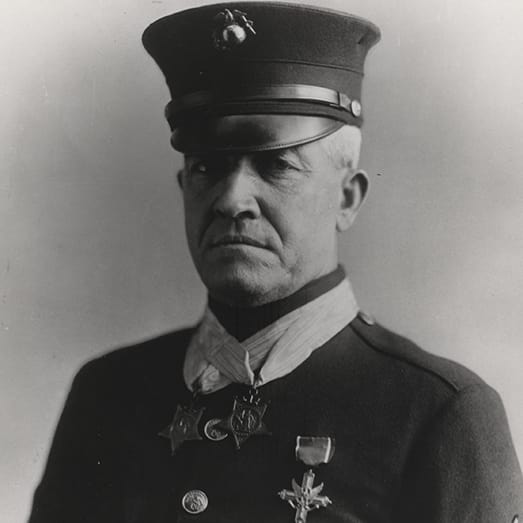 Sergeant Major Daniel Joseph “Dan” Daly of New York enlisted in the United States Marine Corps on January 10, 1899. During his service he would earn the Medal of Honor twice, and was recommended for a third — all of valorous actions taken on separate occasions. In addition to his Medals of Honor, Daly was also awarded the Navy Cross and Silver Star, as well as numerous foreign decorations.

Sgt. Maj. Daly earned his first Medal of Honor for his actions during the Boxer Rebellion in China. His second Medal of Honor came after he and his men were on reconnaissance in Haiti. Crossing a river at night, they were fired upon by hundreds of combatants on three sides. Daly got them to safety, survived the night of gunfire and then led a successful charge against the enemy in the morning. In Belleau Wood, France, Daly led Marines into action by taking out a machine gun unassisted with his pistol and hand grenades.

He is said to have bolstered his fellow Marines into action by shouting, “Come on, you sons of bitches, do you want to live forever?” 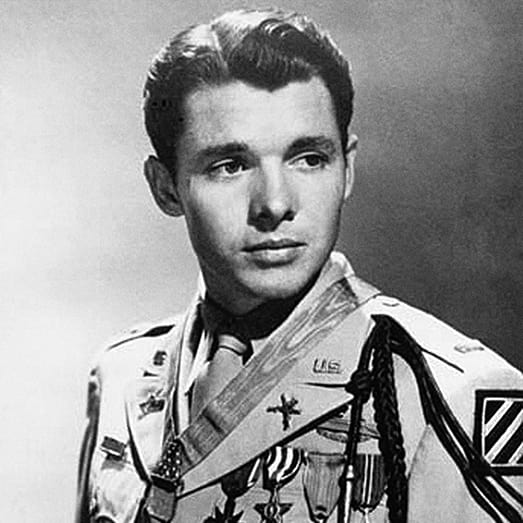 The most decorated soldier of World War II, Major Audie Murphy received the Medal of Honor, a Distinguished Service Cross, two Silver Stars, a Legion of Merit with Combat Valor, and two Bronze Stars with Combat Valor. His foreign decorations included the French Forrager, Legion of Honor, and Croix de Guerre with Palm and Silver Star and the Belgian Croix de Guerre with Palm. By the end of WWII, Murphy was awarded a total of 28 medals. Yet for all of his distinguished service, Murphy was originally denied enlistment to the Marine Corps for being too short.

Maj. Audie Murphy enlisted in the U.S. Army in 1942 at the age of 17. On January 26, 1945, then-second lieutenant Murphy was with the 3d Infantry Division, at Holtzwihr, France when the men were attacked by six German Panzer tanks and 250 infantrymen. According to his Medal of Honor citation, Murphy ordered the rest of the men back into the woods while he remained alone firing at the German troops and tanks. When an artillery tank destroyer was hit and caught fire behind him, he climbed on top and used the .50 caliber artillery gun to fire at the enemy — completely exposed and at risk of blowing up — for an hour, holding off the German advancement and killing 50 Nazi soldiers. He was wounded in the leg.

Following his time in the Army, Audie Murphy went on to become an actor, portraying himself in war films such as “To Hell and Back” along with roles in films such as “The Red Badge of Courage.” 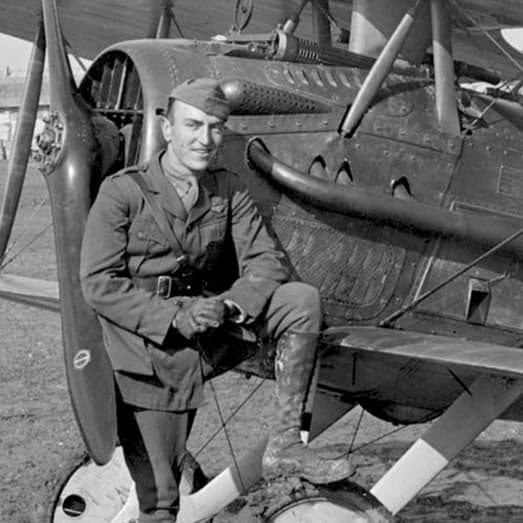 An “Ace of Aces,” Col. Edward “Eddie” Vernon Rickenbacker was a race car driver when he joined the Army in World War I. Given his occupational background, Rickenbacker was originally a driver but was soon reassigned to the newly created Army Air Corps (which would later become the Air Force). A Medal of Honor recipient, Rickenbacker shot down 26 enemy aircraft in 9 months. He was also awarded seven Distinguished Service Crosses.

In addition to his outstanding service as an ace fighter pilot and the impressive number of aerial victories, it was one particular instance that earned Col. Rickenbacker his Medal of Honor. On September 25, 1918, Rickenbacker was alone on a volunteer patrol flight over France when he was attacked by seven German planes. Despite being so outnumbered, he engaged all seven enemy aircraft and shot down two of them. He also received the French Croix de Guerre medal for his actions that day.