Here Are The Heroes We Salute On Medal Of Honor Day, March 25

March 25 is dedicated to the bravest and most courageous members of the United States military. They put their lives on the line, some of them have even made the ultimate sacrifice, to protect their fellow Americans.

Any enlisted member of the military is eligible for the Medal of Honor, but few perform acts of valor so profound as to earn it.

During the Civil War, Pvt. Parrott helped the Union army slow Confederate supplies by traveling deep into the south, then stealing a locomotive and driving it north, leaving boxcars and broken bridges behind.

Parrott was captured by the Confederates, and later handed over to the Union in a prisoner exchange. After returning home, he was first of his company, and the first in history, to be awarded the Medal of Honor. 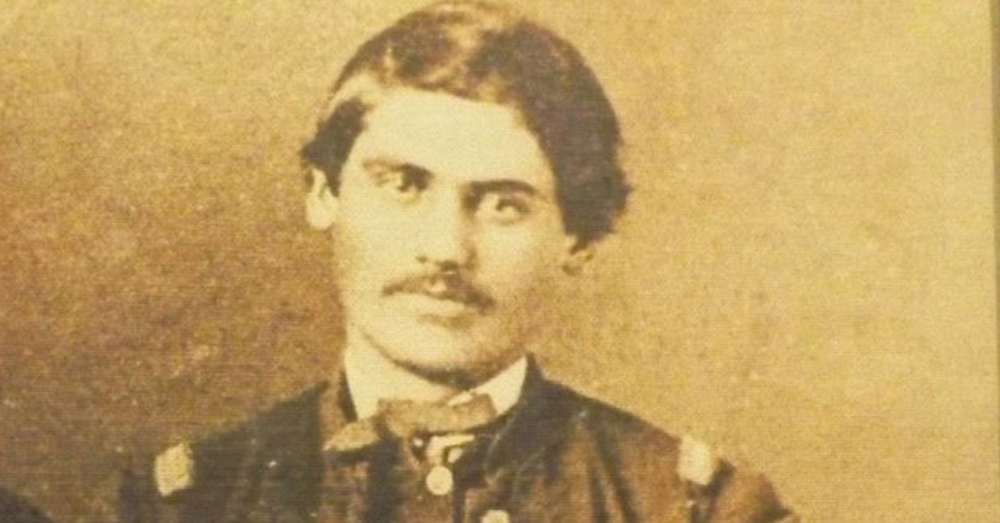 121 men received the Medal for their actions in World War I (34 of them posthumously):

472 United States military personnel received the Medal of Honor for their service in World War II. Seventeen of those medals were awarded to Japanese-Americans, many which were upgraded from Distinguished Service Crosses during the Clinton administration.

During the Vietnam War and the year that followed, 235 Medals of Honor recipients were declared. Since 1978, 26 more have been presented to Vietnam veterans.

Here are some of the most inspiring Medal of Honor stories we’ve heard, from The Veterans Site writer and Vietnam Veteran Dan Doyle:

Charles Kettles was a UH-1D (Huey) transport pilot with teh 176th Aviation Co. (airmobile) (light), 14th Combat Aviation Bn., Americal Division in Vietnam in 1967. He was awarded the Medal of Honor for his heroics in a battle near Duc Pho. 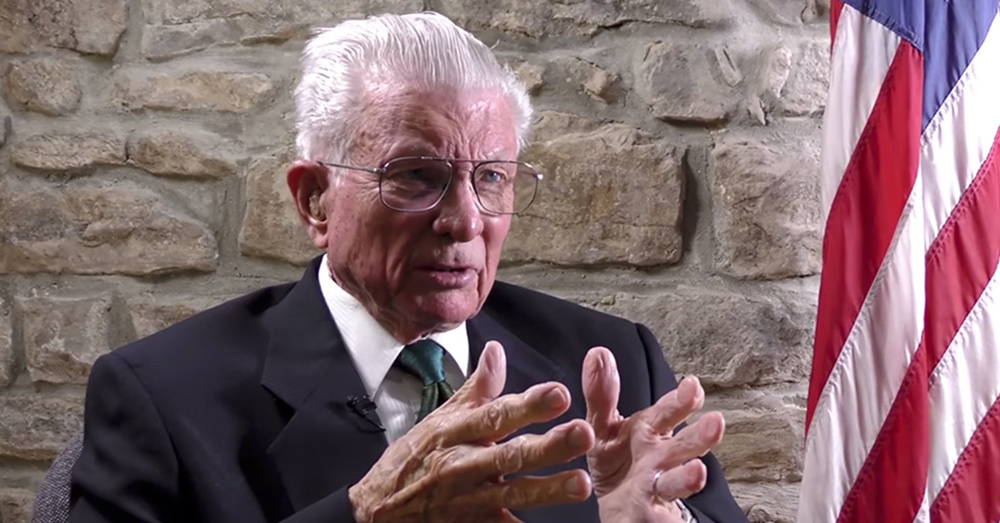 With his helicopter severely damaged and leaking fuel, he lifted off while under heavy enemy fire and carried a load of wounded soldiers to safety.

For his unbelievable courage under fire, his commitment to his brothers on the ground, and his piloting skills during that battle, Kettles was awarded the Medal of Honor.

Kettles passed away recently and the Veterans Site wishes to honor his memory by sharing his incredible story. This video is of Kettles telling the story in his own words.

John Baker, Jr. was an assistant machine gunner with Alpha Co., 27th Infantry. On Nov. 5, 1966, his unit was given the mission to help out another platoon that had been surrounded by some 300 VC and getting pounded. 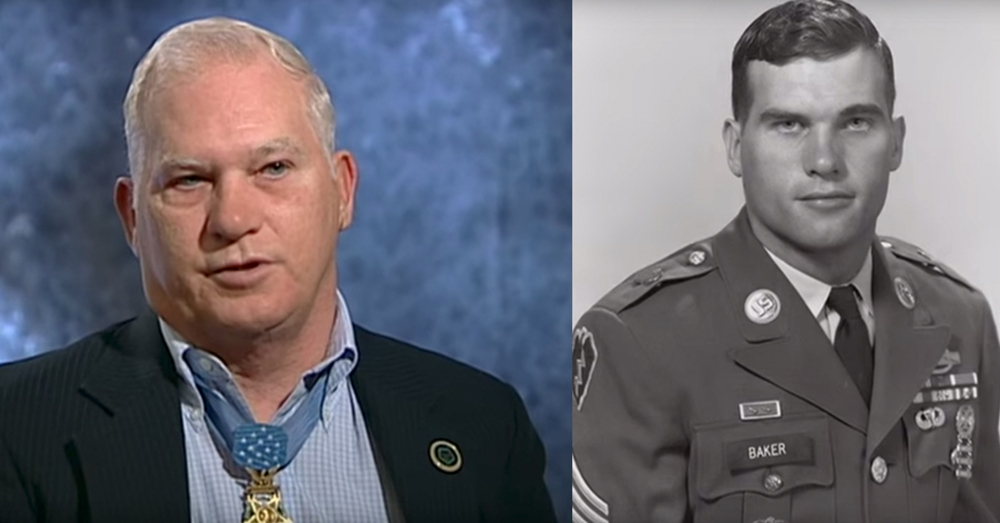 At some point he was wounded by shrapnel from a grenade, but kept fighting on. Within an hour and a half of this very intense fighting, he would take out another four bunkers and drag another 6 men back out of the line of fire. In the process he would kill up to as many as 10 of the VC.

Baker made it home from Vietnam and while he was still serving in the Army in 1968 he received a phone call from President Johnson. He was invited to the White House to receive the Medal of Honor for his actions that day in Nov. 1966. He and one other soldier from that unit both received the MOH that day.

Lt. Col. Joe Jackson served our country in three wars; WWII, Korea, and Vietnam. Jackson joined the United States Army Air Corps in March 1941 as an enlisted man and mechanic. He was told to fly to the south end of the airfield at Kham Duc and to orbit there for further orders. He did just that and while orbiting he watched the first C-130 approach the airstrip to land and to pick up as many of the besieged Special Forces and South Vietnamese troops as possible, only to be taken down by enemy fire, killing all 120 aboard.

Jackson turned his plane into a steep dive, lost all that altitude in an incredibly short period and was able to touch down in the first 27 feet of the runway. 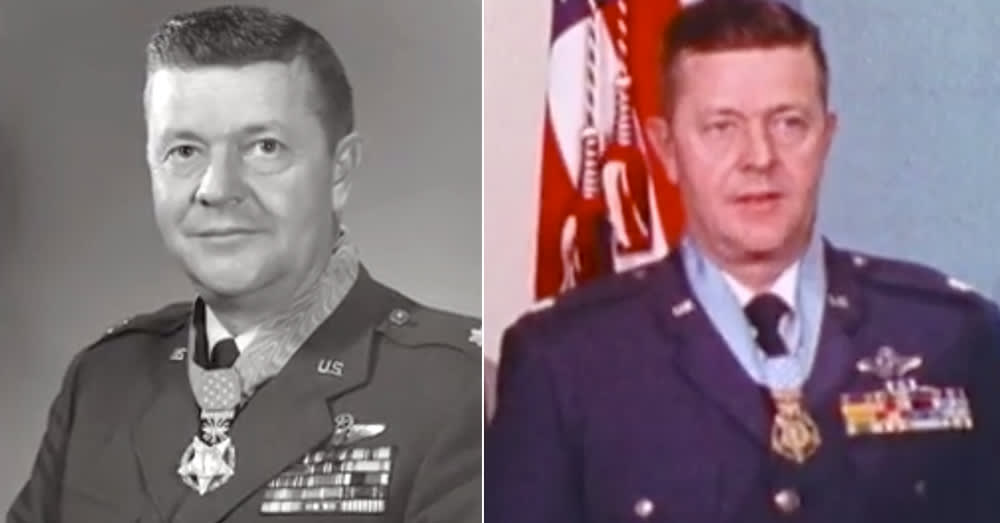 Jackson’s plane stopped right where the three Special Forces combat air controllers were hiding in a ditch. As they were running to board his plane the crew was shocked to see a 120mm rocket heading toward them down the airstrip. It skidded on the runway, broke in half and came to a stop just before the nose wheel of his plane, but did not explode.

They got the men aboard. Jackson then gunned the plane down the runway and began taking small arms and automatic weapons fire, but he was able to get out of there.

Allan Kellogg was born and raised in Bethel, Connecticut. When he was 17, he told his father he wanted to go into the Marine Corps.

On his second tour in Vietnam, in the spring of 1970, on March 11th, Kellogg led a 14-man unit in support of a company of tanks. One of the tanks ran over a small mine and had to repair its treads. The task took most of the day. At about 4:00 in the afternoon, they finally were given orders to return to their base before the night fell on them.

As he moved his team toward their friendly perimeter, they became aware that they were being observed and followed by a large number of enemy soldiers. They suddenly came under extremely heavy small arms and machine gun fire and were momentarily pinned down. 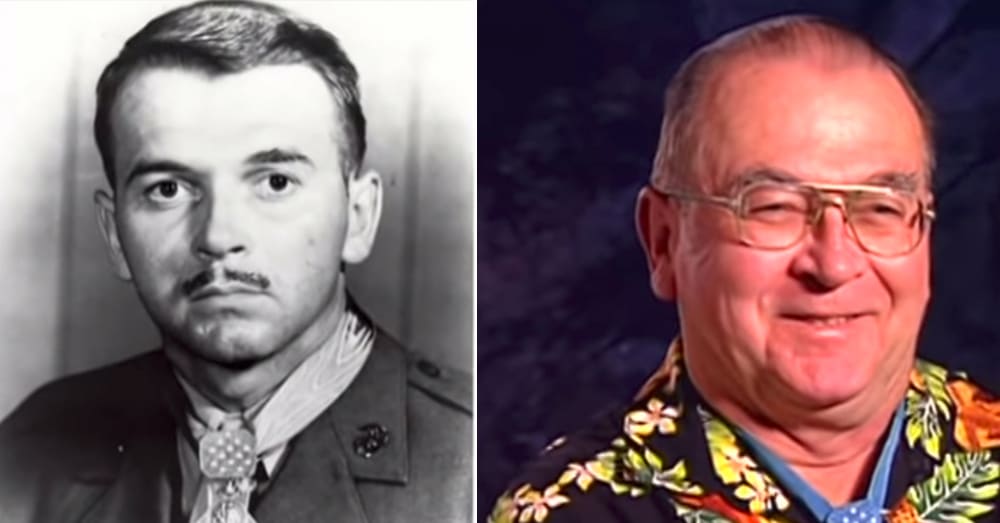 At one point, a grenade landed among them and Kellogg immediately pushed the grenade down into the thick mud and placed his body over it. It detonated and Kellogg’s chest and arms were peppered with shrapnel. Despite the pain of his injuries, he again took control of his men and continued to lead them out of the kill zone and back to their own perimeter.

For his actions that day, Staff Sgt. Allan Kellogg was awarded the Medal of Honor, which was presented to him by President Nixon.

When the Civil War broke out, Mary Edwards Walker went immediately to Washington, D.C. and tried to get a military commission as a doctor in the Union Army. She was denied, because she was a woman.

Walker volunteered anyway and was given a position as an assistant surgeon as a civilian contractor. Throughout her service, she was never paid, even though she served on the front lines and in hospitals in some of the wars most harrowing battles. She was at the battle of Chickamauga among many others. 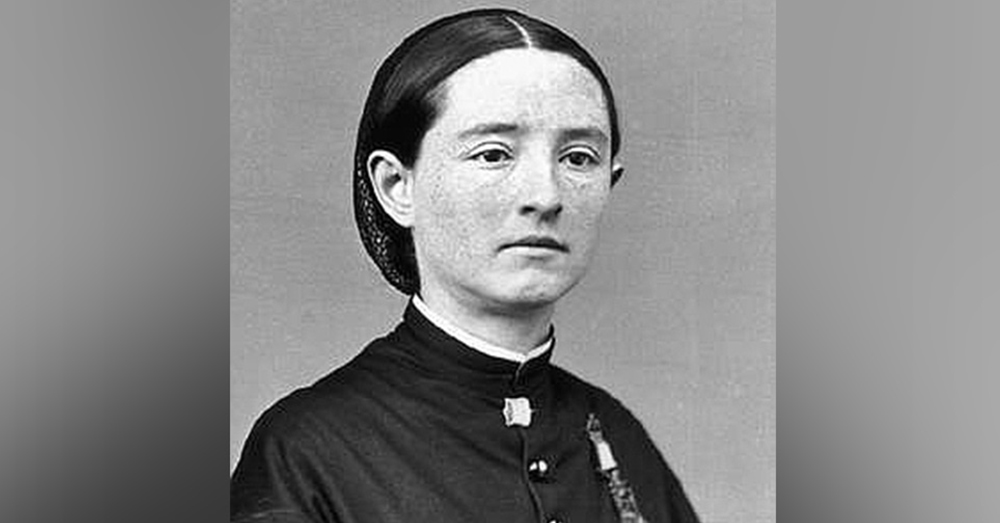 During her time she also acted as a spy for the Union. While doing this, she was captured by Confederate troops and was held as a prisoner of war for the last four months of the Civil War. When the war ended she tried, again, to get a military commission, but was again denied.

In November of 1865, she was awarded the Medal of Honor by President Andrew Johnson. The citation read, in part, “She devoted herself with much patriotic zeal to the sick and wounded soldiers, both in the field and hospitals, to the detriment of her own health. She has endured hardships as a prisoner of war for four months in a Southern prison.” With this, she became the first — and the last — woman ever to receive the Medal of Honor. So far.

When His Blindfold Comes Off, This 10-Year-Old Boy Realizes Who He’s Fighting, And Bursts Into Tears: Click “Next” below!