This Special Forces veteran of three tours in Vietnam (1963, 1966, 1971) proved to be too much for a force of 2,000 NVA soldiers who attacked his Special Forces base known as Camp A Shau in the A Shau Valley on March 9, 1966. After 36 hours of intense fighting, then Sgt. 1st Class, Bennie Adkins, had killed an estimated 135-175 of the NVA attackers, and then to have to lead a small group of his men for another 48 hours through the Vietnamese jungle in an effort to evade capture, or being killed, until they were finally rescued by helicopter on March 12. This is his story.

Adkins was born in Waurika, Oklahoma, in 1934. He dropped out of college in 1956 and was drafted a year later into the Army. It did not take him long to feel as though he had found his calling. His first duty was as a clerk typist in a unit in Germany, but he later volunteered for the Special Forces.

It was with the Special Forces that he would serve each of his three tours in Vietnam. In 1966, he was stationed at Camp A Shau with 15 other Special Forces troops. They were there to train a few hundred South Vietnamese Civil Irregular Defense Group (CIDGs) forces. 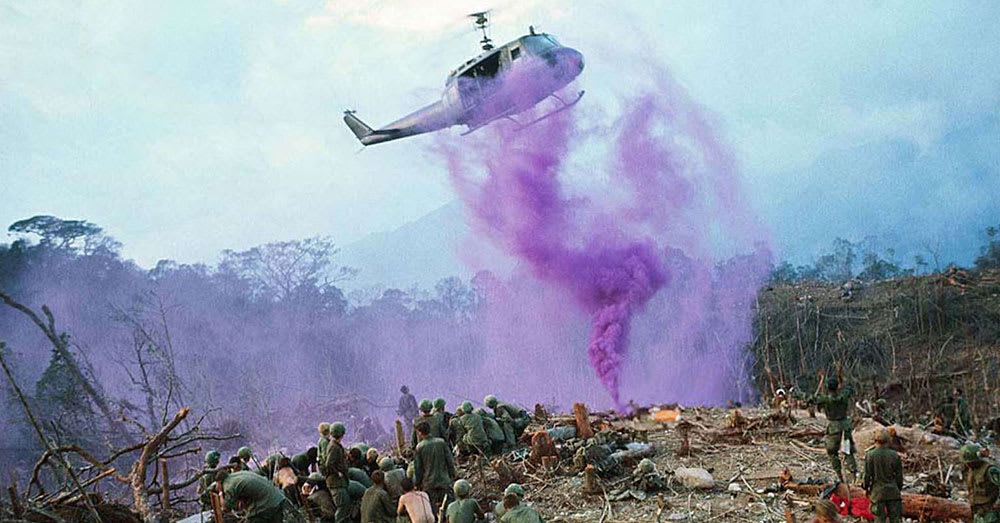 Photo: flickr/manhhai
Smoke flares marks the landing spot for an evacuation helicopter coming in to take out U.S. calvarymen wounded in the battle for control of the vital A Shau Valley.

On the morning of March 9, 1966, a force of some 2,000 NVA attacked the outpost. The fire was intense and the NVA kept coming closer to the base. Adkins ran across open ground under intense rifle and machine gun fire to get to a mortar position where he started raining mortars down on the attacking NVA. He was so effective that the NVA started dropping mortars and directing small arms fire at him. Several mortars had struck very close to his mortar pit and he was hit with shrapnel several times. But the only thing that stopped him was that he ran out of ammunition.

He then heard that some of his Special Forces men had been wounded and, again, he braved the intense fire of the attacking enemy to get to them and help drag them to more safe positions. 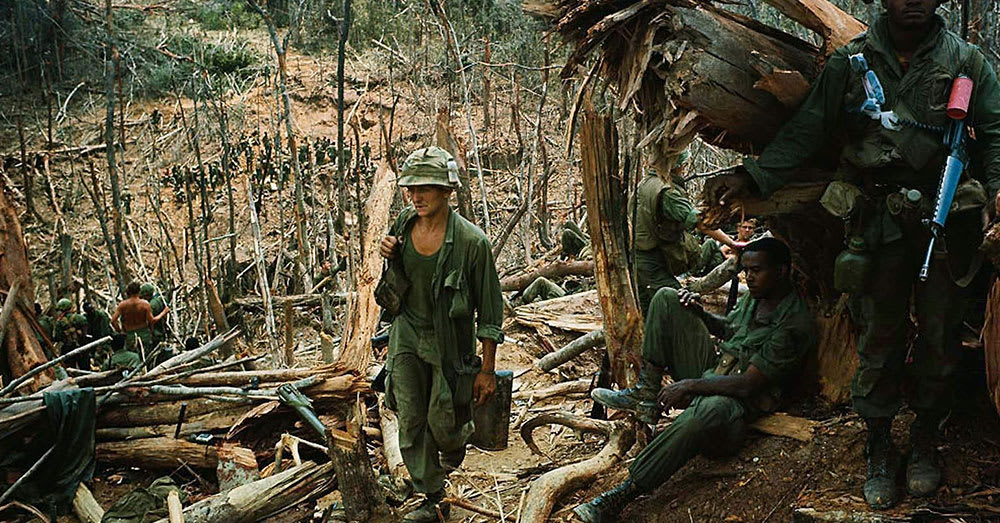 Photo: flickr/manhhai
U.S. calvary men waiting to be evacuated from A Shau Valley.

On two occasions, he left the relative safety of the bunkers and trenches on the base to go outside the wire into the face of the enemy. The first time was to help cover the evacuation of a wounded comrade. The second time he went outside the wire was to retrieve a resupply drop that had missed the base and landed “out there.” That was all on the first day of the battle.

On March 10, the NVA launched a final, full-on assault to try to overrun the Special Forces compound. During this intense fight, some of the CIDG’s defected and turned on the Americans.

Adkins was able to get his men back to the Communications Bunker where they were holding out against the superior odds all morning. They were finally given orders to evacuate the base. He ordered the men to destroy the radio equipment and intelligence information as well as remaining medical supplies.

Despite the fact that he had as many as 18 different wounds from shrapnel on his body, he helped dig a hole out the back end of the bunker and then to get his forces, over several trips, to the evacuation landing zone where helicopters were taking them on. 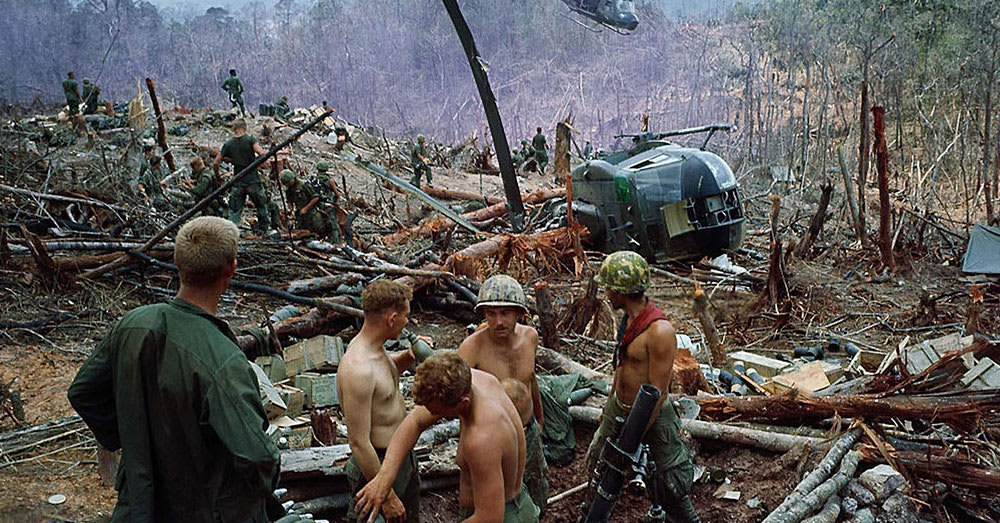 The CIDG’s crowded aboard the helicopters and when Adkins arrived with the last of his Special Forces men, the last helicopter had already left. This meant that he had to then lead the remaining men over the next 48 hours through the heavy jungle in an attempt to avoid being killed or, worse, captured. They were finally rescued by helicopters on the 12th of March.

For his heroic efforts over those four days, Adkins received a Distinguished Service Cross, which is second only to the Medal of Honor. It is believed by critics that he was not awarded the MOH because of the secretive and controversial nature of what he and the Special Forces teams were doing in Vietnam in those years. It was thought that it might raise difficult press coverage during a time when the popularity of the war was already sliding.

In 2002 a new investigation was done on those who had been awarded Distinguished Service Crosses in Vietnam and several of them were upgraded to the Medal of Honor. Adkins was one of those that were upgraded. 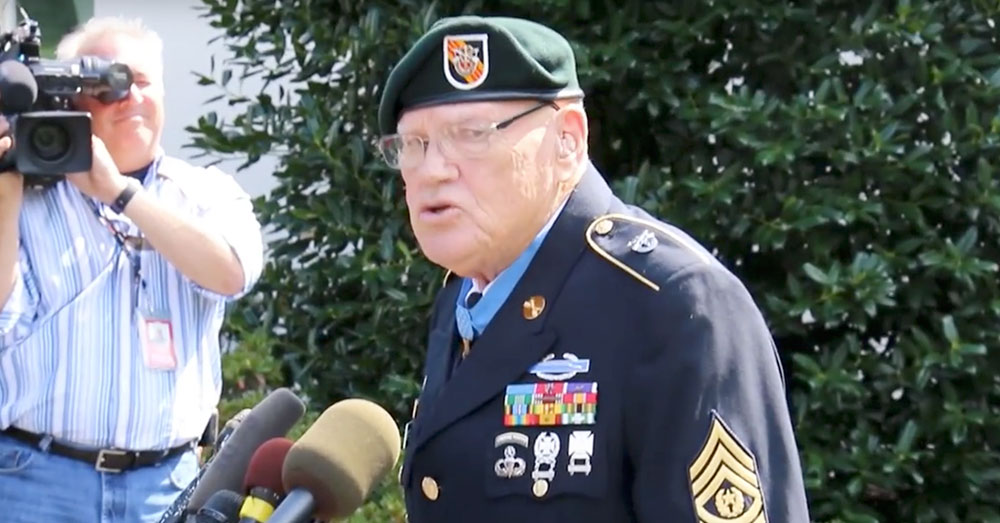 At the age of 80, Bennie Adkins, who had retired from the Army as a Command Sgt. Major, received the Medal of Honor at the White House from President Obama. You will get a sense of his humble character in the video provided here, which was done immediately after the ceremony in the White House.

The Veterans Site sends its respect and thanks to Command Sgt. Maj. Bennie Adkins, his family, and to those who served with him at Camp A Shau over those 4 days in March of 1966. Thank you for giving us an exceptional example of what courage and commitment to your comrades against seemingly insurmountable odds looks like. Hoorah!