Modern Seabees Fight, Build, And Do Whatever It Takes

The Seabees are an integral and valued part of the U. S. Navy’s battle ready service capabilities around the world. This short video will give you a sense of the kinds of deployments the Seabees of today’s Navy are involved in, both in the fight against terrorism, and in helping others who are overwhelmed by various natural disasters in so many places around the world.

The U.S. Navy Seabees are one of the most important combat elements in the fleet. They, like the Marines, are often the first ashore to build and to defend all of the facilities that a modern fighting force needs to carry on the fight against an enemy. They bring all of the construction trades to the battle zone. Their mottos are: “We build, We fight” and “Can Do.” 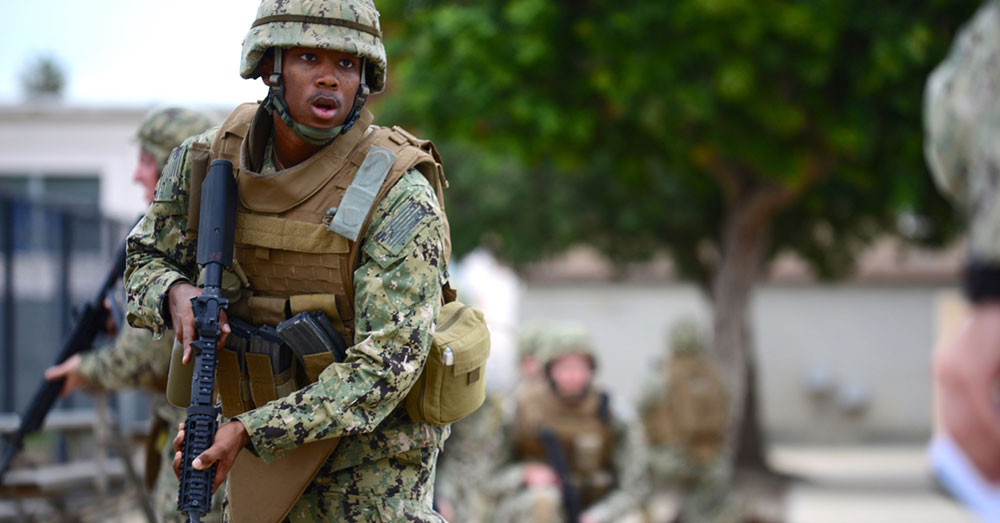 Not only can they build everything that is needed, from airstrips, to hospitals, to barracks, to defensive perimeters, but they can build it with both speed and efficiency. They can construct, plumb, put in the most sophisticated electrical systems, everything that is necessary to maintain and carry out a modern war fighting operation.

But that is not all. They are trained to fight with the best of our military war fighters. They have a job to do, but in a war zone, they are combat troops as well. They know they are there to build and to maintain a military operation, but beyond their excellent building skills they are trained in the arts of combat as well. When the fight comes to them, they are ready, willing, and able to go toe-to-toe with anyone foolish enough to try to take what they have built. They can build and make the roads safe, but they can also make them as dangerous as they can be, if the need arises. 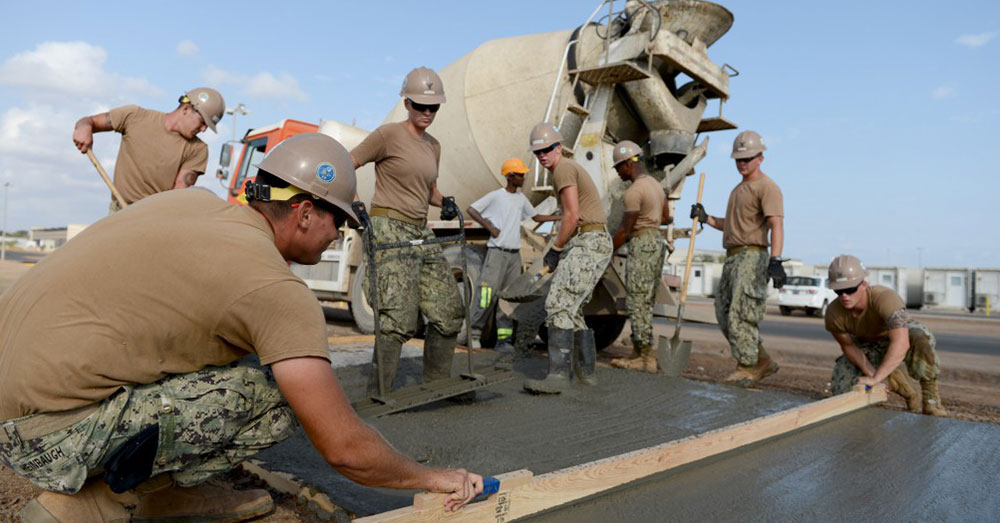 Seabees are men and women of action. “Can do” means just that. They can do whatever is needed to make and to keep military facilities and operations viable and running up to speed.

The Seabees are also one of the Navy’s, and the country’s, greatest assets in peacetime around the world as well. They are often deployed to disaster areas where the need for their skills is great and immediate. As you will see in this video, the young Seabee narrator has had some great experiences serving the needs of others in distress.

Seabees have paid the price of freedom with their lives in both Operation Iraqi Freedom and Operation Enduring Freedom since 9/11. The companion video in this peace is a tribute to those who fell.

The Veterans Site honors the traditions and the skills that the U.S. Navy Seabees have brought to both war and peacetime situations since their inception in WWII. The men and women who serve in this honored and deeply respected unit of the United States Navy have a noble and proud history. We salute those who have served and those who are currently serving and thank them for what they do for the troops and for the peoples they have helped around the world. To those who have fallen, we pledge to never forget them. They were the epitome of the mottos: “We Fight, We Build” and “Can Do.”