On Thursday, April 13 the United States military used the largest non-nuclear bomb in its arsenal for the first time ever in combat. The bomb, officially known as the GBU-43B MOAB, was used to destroy a series of tunnels used by ISIS militants in eastern Afghanistan. The air strike comes less than a week after Staff Sgt. Mark De Alencar, a decorated Green Beret, was killed in action while fighting ISIS militants in the same region.

Sean Spicer, White House Press Secretary, confirmed the use of the bomb on Thursday afternoon, saying that it was dropped in the Achin district of the Nangarhar province, destroying “a system of tunnels and caves that ISIS fighters used to move around freely.”

According to Afghan news sources, the Nangarhar province in eastern Afghanistan has become a hotbed of ISIS activity over the past few years, and recently the United States and Afghan militaries have been conducting raids in the region against ISIS militants. 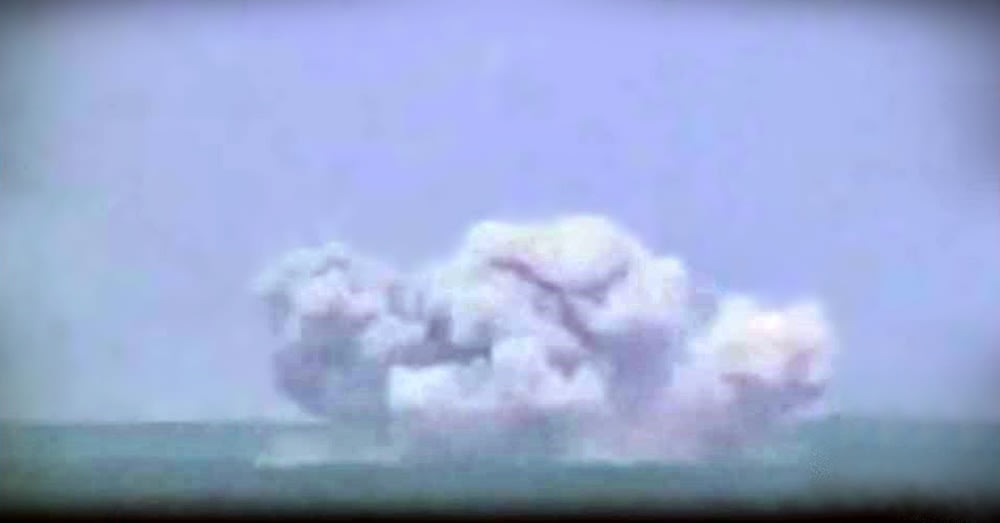 Afghan TV network TOLO News reported Monday that in the past 10 days 250 ISIS militants and seven Taliban commanders have been killed in an anti-terror operation called “Hamza” in a joint effort between U.S. military and Afghan military. According to Khama Press, the Afghan Ministry of Defense said that in the past six days over 130 ISIS members have been killed by security forces in the region, with at least two of those being ISIS training leaders.

Staff Sgt. Mark De Alencar, who was part of the U.S. Army’s 1st Battalion, 7th Special Forces Group (Airborne), was fighting alongside Afghan security forces when he was killed on Saturday. De Anlecar was the first American killed in action in Afghanistan in 2017. The 37-year-old Green Beret was married with five children. Highly decorated for his valor and service, De Anlecar was awarded the Purple Heart, five Army Commendation Medals and six Army Achievement Medals, according to the Army Times.

Gen. John Jocholson, the chief U.S. commander in Afghanistan, said in a statement, “On behalf of all of U.S. Force -Afghanistan, I offer our deepest condolences to the family and friends of our fallen comrade. We will always remember our fallen comrades and commit ourselves to deliver on their sacrifice.”

While there has been no direct correlation made between De Anlecar’s death on Saturday and the dropping of the MOAB bomb on Thursday, it is indicative of the level of combat going on in the region of eastern Afghanistan. A U.S. defense official told Fox News that the use of the MOAB “was the right weapon for the right target, and not in retaliation,” referring to De Anlecar being killed in action.


“As [ISIS’] losses have mounted, they are using IEDs, bunkers and tunnels to thicken their defense,” Gen. Nicholson said Thursday. “This is the right munition to reduce these obstacles and maintain the momentum of our offensive against [ISIS].”

The GBU-43B, or MOAB, is a 21,000 pound bomb which has a blast radius of one mile. It was first tested in March of 2003, but had never before been used in combat. Its name — MOAB — is an acronym for Massive Ordnance Air Blast, but is better known by its other colloquial name, “Mother Of All Bombs.” The bomb is so large, in fact, that it cannot be launched but rather must be dropped from a C-130 Hercules cargo aircraft.

To put the size of the MOAB into perspective, the 21,000 pound bomb can be compared to the Tomahawk cruise missile, which is only 1,000 pounds. However, it pales in comparison to the B-61, the smallest of the United States’ nuclear bombs. “The smallest nuclear weapon in the U.S. arsenal has an explosive yield of 0.3 kilotons of TNT, meaning 300 tons. This bomb, at 21,000 pounds, is only 10 tons. It doesn’t come close,” stated Hans Kristensen, director of the Nuclear Information Project at the Federation of American Scientists.

We at The Veterans Site continue to hope for the safety of all our military personnel deployed overseas and look forward to their safe return home.

On the next page, you can watch the original testing of the MOAB GBU-43B.