This article is in honor of Native American warrior, Mitchell Red Cloud, Jr., of the Ho-Chunk People. He was born in Hatfield, Wisconsin and was in high school when Pearl Harbor happened. He dropped out and joined the Marine Corps on August 11, 1941 and would serve until November 9, 1954.

While with the Marines he served in the South Pacific and participated in the landings and campaigns on Guadalcanal and Okinawa. He was wounded in the difficult battle for Okinawa and was discharged due to his wound the day before the Marine Corps birthday in 1945.

Red Cloud Jr. then joined the U.S. Army in 1948, and in 1950 his unit was deployed to the Korean Peninsula at the beginning of the Korean War. On November 5, 1950, he was manning a listening post near his unit, which was then encamped near the town of Chonghyon, North Korea. 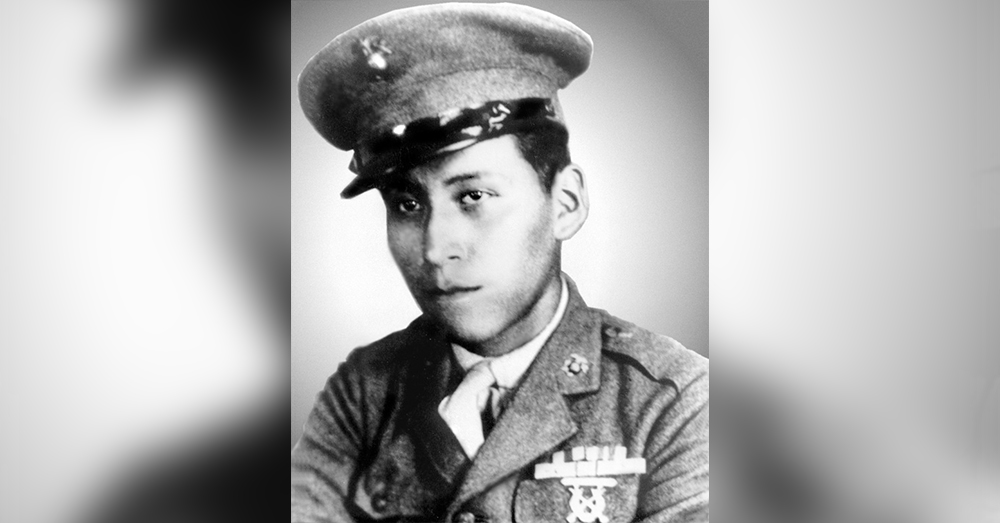 Suddenly Chinese People’s Army soldiers began to emerge from the bush about 100 feet away from him. He alerted his company and stood up and began laying down suppressive fire against the advancing wave of the enemy.

He stood between these advancing enemy soldiers and his own men and continued to put up a fierce fight against the Chinese troops. Even though he had already been struck in the chest by two bullets, he refused to leave his post. Red Cloud, Jr. wrapped his arm around a tree to support himself so he could keep on firing and keeping the enemy temporarily at bey. He did all of this while openly exposed to the enemy’s withering fire. 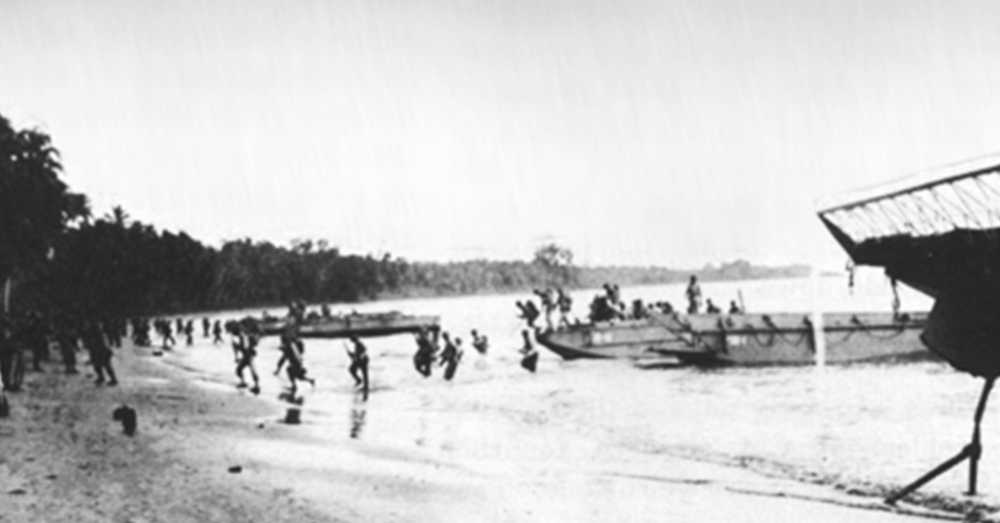 Red Cloud, Jr. continued to fight until he succumbed to his wounds. He had been hit eight times.

The uncommon valor that Mitchell Red Cloud, Jr. showed that day gave his company time to reorganize and to evacuate their wounded. Many lives were saved because of his heroic stand against numerous enemy troops. 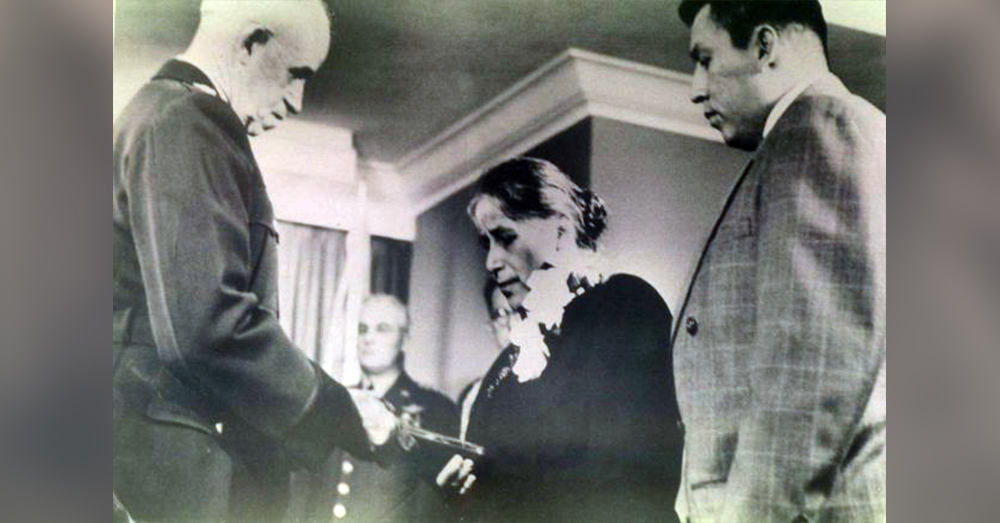 Source: US Army
At the Pentagon in April 1951, Lillian “Nellie” Red Cloud, mother of the late Cpl. Mitchell Red Cloud Jr., is handed the Medal of Honor awarded her son for his “dauntless courage and gallant self-sacrifice” against Chinese forces in North Korea the night of November 5.

Red Cloud was posthumously awarded the Medal of Honor for his heroics that day. His mother received the medal in 1951. An Army camp in South Korea, a US Navy ship, and a memorial park have been named in his honor. 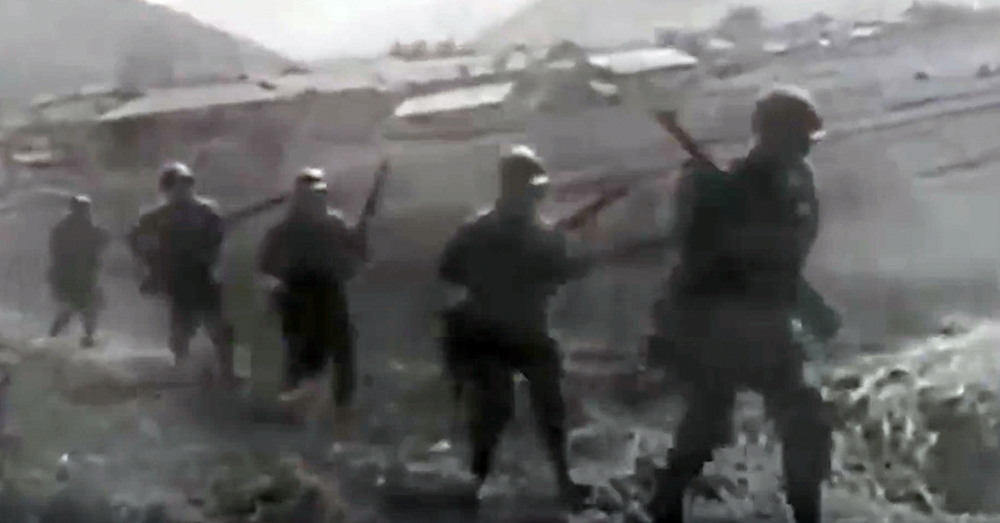 Source: YouTube/Vision Maker Media
The word “ogichidaa” describes one who protects and follows the way of the warrior.

There is a video attached in honor of Mitchell Red Cloud and other Native American warriors. It includes a short excerpt from a Chippewa, Vietnam Veteran poet.

The Veterans Site wishes to add its respect and thanks to the memory of Mitchell Red Cloud, Jr. His service in the Marine Corps in the Pacific in WWII and in Korea are exemplary of the warrior spirit and the incredible service that Native Americans have given to this nation over the years.

We honor you and promise to never forget your sacrifices. Semper Fi!