Our military’s athletes have represented the United States in the Olympics since 1948, and in other competitions earlier than that. They’ve won 104 medals since then, each under both rigorous training programs and the responsibility of being a soldier.

In this year’s Olympics in Rio de Janeiro, 17 U.S. military athletes have joined Team USA — 15 active troops, one civilian Navy employee, and one veteran — not to mention five coaches and three alternates. Their backgrounds are as diverse as the Olympics themselves. A five-time Olympian trap shooter with a gold medal from the 2008 Beijing Olympics is competing alongside a pentathlete from Roswell, New Mexico, four runners who emigrated from Kenya before joining the service and Team USA, a paraplegic archer, and others.

Some of these athletes are taking their shot at the games for the first time, while others are returning for another chance at a medal. They make up the military’s presence in the 555-member Team USA and join nearly 10,000 other athletes in South America for the 2016 Olympics. 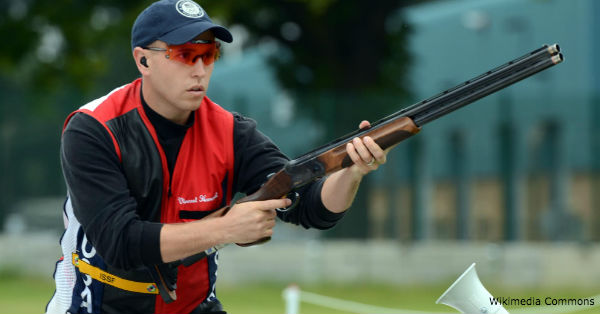 Sgt. First Class Lenn Eller, of Katy, Texas, represents the U.S. in the Double Trap shooting event. Eller joined the Army in 2006 and was later assigned to the U.S. Army Marksmanship Unit, International Shotgun Team as an instructor. He served a tour in Afghanistan and, while there, shared his marksmanship skills — which were taught to him at a young age by his father — with Afghan troops.

Spec. Daniel Lowe is participating in the Air Rifle and Three-Position Prone Rifle events in Rio. Originally from Olympia, Wash., this is Lowe’s first Olympics. He joined the Army in 2013 where he earned an assignment to the U.S. Army Marksmanship Unit, International Rifle Team.

Sgt. First Class Josh Richmond already has some Olympic experience in his ammo pouch. He participated in the 2012 Olympics in London, and this year enters the Double Trap event in Rio. Richmond joined the Army in 2004 and after being assigned to the U.S. Army Marksmanship Unit, International Shotgun Team as an instructor, was deployed to Afghanistan as a marksmanship instructor.

Sgt. First Class Michael McPhail also competed in the 2012 Olympic Games. McPhail comes from Darlington, Wisc., and is aiming for a medal in the 50-Meter Prone Rifle contest this year. He joined the Army in 2004 and for his skill was assigned as an instructor to the U.S. Army Marksmanship Unit, International Rifle Team. He was also a member of his college shooting team.

Sgt. First Class Keith Sanderson, of San Antonio, Texas, is competing in the Pistol Shooting event. No stranger to the game, this is Sanderson’s third Olympics. He’s been landing high scores in international shooting competitions since 2005, medaled eight times at the World Cup level, set a qualification record at the 2008 Olympic in Beijing, and competes for the U.S. Army World Class Athlete Program. It’s no wonder the Army employs him as a marksmanship trainer. 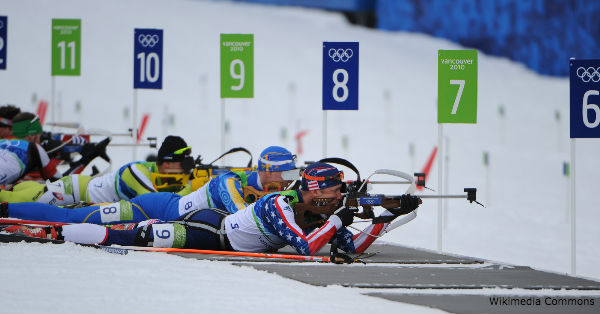 Making a Run for it

Spec. Hillary Bor, from Eldoret, Kenya, was a four-time All-American and two-time Big 12 conference champion for Iowa State in the 3,000-meter Steeplechase, the event he’s competing in this year. He joined the Army in 2013 and ran to top finishes in both the Armed Forces Cross Country Championships and the Army Ten-Miler. Bor is employed as a financial management technician.

Spec. Paul Chelimo is competing in the Men’s 5,000-meter race. From Iren, Kenya, Chelimo was a four-time NAIA National Champion while attending the University of North Carolina at Greensboro. Following a World University Games silver medal, two NCAA 5,000-meter runner-up finishes, and five NCAA All-American nominations, Chelimo joined the Army in 2014, where he works as a water treatment specialist.

Spec. Leonard Korir, of Iten, Kenya, will represent the United States in the Men’s 10,000-meter race. Korir took first place in both the 10,000- and 5,000-meter NCAA Track and Field events while attending Iona College, in New York. After finishing the New York City Half Marathon in 1 hour, 1 minute and 6 seconds, Korir joined the Army in 2015.

Sgt. Elizabeth Marks, of Prescott Valley, Arizona, is competing in the Women’s 100-meter Breaststroke. As a Paralympian on the U.S. Army World Class Athlete Program, Marks shows true skill. She was wounded in the hip while deployed in Iraq in 2010, and almost died from a respiratory infection while trying to recover. After winning four gold medals in the 2016 Invictus Games, Marks left one with the Games founder, Prince Harry, with the orders that it be presented to the staff at Papworth Hospital who kept her alive years prior. Marks works as a health care specialist for the Army.

Staff Sgt. Michael Lukow joined Team USA through the U.S. Army World Class Athlete Program as a paralympic archer. A recipient of the Iraq Campaign Medal, Purple Heart and the National Defense Service Medal, he first got into archery as a means of recovery after losing his foot in Iraq. The sport has helped Lukow regain mobility and confidence. Lukow comes from Alamosa, Colo., and will represent Team USA in the Recurve Bow event. 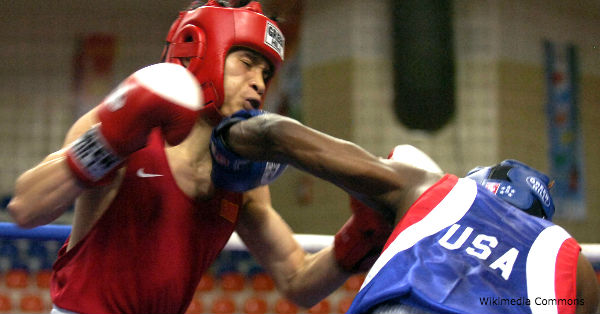 Staff Sgt. John Nunn is competing in the Race Walking event at the 2016 Olympics. A dental specialist for the Army, this is Nunn’s third and perhaps most hopeful Olympic appearance, as his qualifying scores rated a personal best. Nunn runs a cookie company in Evansville, Ind. with his 12-year-old daughter Ella. The two also lead a running club at Ella’s school called “Come Run with Mr. Nunn.”

Sgt. Nathan Schrimisher represents Team USA in the Modern Pentathalon. The Roswell, New Mexico native will showcase his skill in fencing, swimming, equestrian show jumping, cross-country running and pistol shooting in competition for the gold medal. Schrimisher is hot off a streak of wins in the Modern Pentathlon Junior World Championships, and currently works for the Army as a motor transport operator.

Staff Sgt. Dennis Bowsher, of Dallas, Texas, will be coaching Schrimisher in the Modern Pentathalon. Bowsher competed in the same event in the 2012 Olympics and has been a member of the U.S. Pentathlon team since 2005. Previous to the Olympics in Rio, Bowsher had visited the city in 2007 taking sixth place in the Pan American Games, and again in 2011, taking fourth in the Military World Games.

Sgt. First Class Joe Guzman, of Eloy, Ariz., is a boxing coach for the U.S. Army World Class Athlete Program. He was twice named the All-Armed Forces champion, and three times All-Army champion, and in 2012 was a trainer and corner man in the London Olympics. Guzman works as a cargo specialist for the Army, and in 2015, was head coach for the Police Athletic League national team.

Captain Andrew Locke is an assistant coach for the U.S. Women’s Rugby Team in the World Class Athlete Program. Originally from Houston, Texas, Locke made the All-American rugby team and Under-19 U.S. National Team twice while at West Point. He’s been playing the sport since middle school, and even after three deployments to Afghanistan and one to Iraq, still manages to stay in good practice.

We wish all of our military Olympians the best in their events. Of course, their service and skill will be put to the test long after the Olympic torch has been put out. For more on the best and bravest of our service members, follow this link to read about the Invictus Games and the wounded warriors that participate in the competition.