Maybe musicians aren’t the first people you think of when you imagine those who have served in our military. You’ve probably enjoyed a song or two from at least one of the artists on our list, though, and every single one of them was a member of the American Armed Forces. While some may have served more proudly than others, there’s an interesting story behind the military careers of each of the artists on our list.

Maybe you’ve heard of him? Elvis Presley was already a star when he enlisted in the U.S. Army. He achieved the rank of Sergeant before returning to life as “the King.” When he was honorably discharged from active duty at Fort Dix, New Jersey on March 5, 1960, he received a mustering-out check of $109.54.

Stanley Kirk Burrell served three years in the U.S. Navy before he exploded on the pop charts. After Petty Officer Third Class Aviation Store Keeper Burrell was honorably discharged, he decided to pursue a career in music. It’s unknown if his commanding officers ever pled with the petty officer not to hurt ‘em in combat.

Before he became one of the most famous comedic directors in history, Mel Brooks was a corporal in the U.S. Army. He graduated from the Virginia Military Institute, served in World War II, fought in the Battle of the Bulge, and even defused a few land mines while fighting the führer. If only the shoe phone and cone of silence Brooks would invent with fellow “Get Smart” writer Buck Henry were available a few years earlier.

Former Vice President Al Gore maintained a strong criticism of the Vietnam War when he joined the Army in 1969. Seven months later he was sent overseas. He served with the 20th engineer Brigade in Bien Hoa and at the Army Engineer Command in Long Binh. After Gore was discharged, he found a home in American politics, landing on a ballot or two during his career. His aspirations have since shifted to environmental issues.

Tracy Lauren Marrow joined the Army in 1979 after graduating from Crenshaw High School. After a four-year stint, Marrow left the Army in 1983. He released his first album, “Rhyme Pays,” in 1987; found himself defending his work from President George Bush, Vice President Dan Quayle, and Tipper Gore in the early 90s; and helped solved sex crimes in New York as Detective Odafin Tutuola on “Law and Order: Special Victims Unit.”

Orville Richard Burrell (No relation to Hammer) came to the U.S. from Jamaica when he was 18. He actually recorded two songs that topped the New York reggae charts, “Mampie” and “Big Up,” before joining the Marines in 1988. He served in the Gulf War as Field Artillery Cannon Crewman in the 10th Marines during Operation Desert Storm, and further developed his vocal talents through leading marching cadences. One of Shaggy’s biggest hits, “It Wasn’t Me,” may have been inspired by military interrogation tactics.

When give the choice between enlisting or going to jail for riding in stolen cars, Jimi Hendrix joined the 101st Airborne Rangers. He wasn’t considered a great soldier, though, and when he wasn’t sleeping on duty he was noodling on his guitar. After just one year of service, Captain Gilbert Batchman asked for Hendrix to be discharged, as his problems were judged to not be treatable by “hospitalization or counseling.” Hendrix was given an Honorable Discharge before he was ever deployed in a combat zone and died only three years later. The whole of his recorded work is contained within those three years. 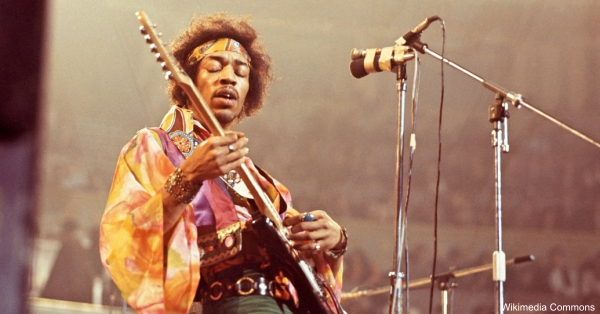 Jerry Garcia stole his mother’s car when he was 18 and was forced into the Army.
Practicing guitar isn’t exactly treason, but after considering Garcia’s substantial AWOL violations, the Army was far from naming an ice cream after him. Garcia was given a general discharge on December 14, 1960, and has since become responsible for some of the longest, meandering tracks on human record.

John Coltrane enlisted in the Navy — to avoid the Army — the day the first atomic bomb was dropped on Japan. While stationed at Pearl Harbor in Hawaii he played clarinet and alto saxophone in a Navy band called the Melody Masters. By that time, American military forces were being downsized. Coltrane’s service lasted two years, after which he left those squares behind, man.

Tony Bennett was drafted to the Army in 1944. After basic training, Bennett was assigned to the 63rd “Blood and Fire” Infantry Division where he served in France and Germany during WWII and actually helped liberate a concentration camp. In Europe, Bennett met up for dinner with a friend who was black. It was a time when racial prejudices were still high, and an officer objected to Bennett and his friend eating together. Bennett was demoted from corporal to private, and assigned to a unit desinterring mass graves and preparing the bodies for shipment home. 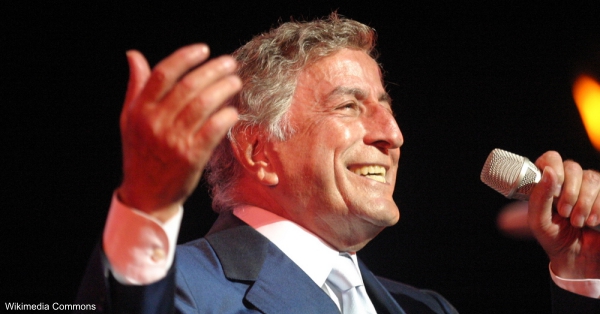 Not all of our veterans are talented musicians, of course. For many, it’s hard enough to find employment. You can make a difference by supporting programs (https://theveteranssite.greatergood.com/store/vet/item/45085/job-training-for-homeless-veterans?source=4-2823-8) that help veterans return to leading a normal life. Across the United States, homeless veterans are trapped on the streets by lack of employment. With your help, they can once again be a productive part of the society that they served to protect.