The issue of morale is complicated in any institution, but even more uniquely so in the military. This may be because of the nature of the military mission. Preparedness, proper training, pay and benefit issues, wartime deployments, the complex relationships between the troops and senior leadership, both military and civilian, and the critical perception of whether they are supported by the society (or not) all come to play in the issue of troop morale.

What is going on with our troops today? 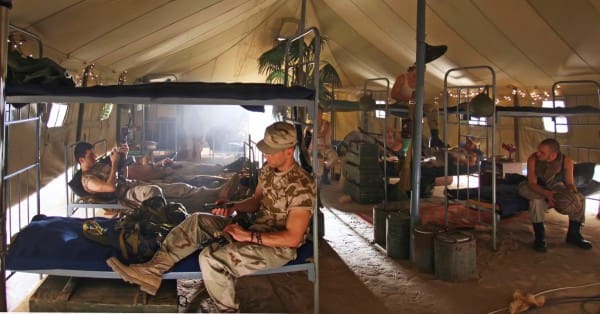 A 2014 Retention Study done by the U.S. Navy indicated that 42% of sailors described their morale as “marginal” or “poor” while only 17% described it as “good” or “excellent.” A similar service-wide survey in that same year conducted by the Military Times, found a 35% drop since 2009 in those servicemen rating their quality of life as “good” or “excellent.” Senator John McCain responded to these survey results saying that, “the growing dissatisfaction among the all-volunteer force during this Administration is cause for grave concern and requires immediate attention and action by the Commander-in-Chief, senior Defense Department leaders and the U.S. Congress.”

What are the reasons for these low morale statistics?

Is it the psychological sense that they have been involved in seemingly inconclusive post 9/11 wars? The troops know that they did their jobs and did them well. There was nothing inconclusive about their sacrifices, or their successes. Can the same be said about the political leadership?

Could the problem be as simple as money?

Could pay and benefits be the problem? And if so, would the problem go away with increases in both? For the most part, military pay levels today are on a relative par with civilian pay levels. Troops have had pay raises in recent years that have kept up with, or even exceeded inflation rates. But Congressionally mandated budget cuts and force reduction demands have put pressure on troop morale. The cuts are coming at the expense of personnel, equipment, and training. Military units today often have to swap equipment in order to be able to deploy. New personnel are not getting proper, in-depth training. Carl Forsling, a retired Marine pilot who served 20 years in the Corps, wrote an article in Task and Purpose in 2014 saying of these developments:

“The military is like a subsistence farmer who’s eating his seed corn–it works for awhile but a reckoning is coming.”

Those who volunteered to serve in the military did so to serve and understood that in doing so they might be called on to sacrifice their very lives, but according to recent surveys they do not feel that their loyalty to the institution is being recognized. They feel, rather, that they have less job security, that the recent reduction in force demands have been capricious and arbitrary.

– The Army issuing “pink slips” to troops while they were still serving in Afghanistan– The Marine Corps booting sergeants out when they reached 10 years in active duty service– The Air Force enticing active duty airmen to apply for voluntary separation incentives, then revoking the offers.

These experiences and the new levels of job insecurity are clearly part of the morale problem. It seems that the biggest area of real concern for the active duty servicemen and women is the perception they have of their senior leadership. According to several surveys, the feeling among the troops is that the senior leadership, military and civilian, has not kept faith with them. They do not believe that senior leadership cares about what they think, or that they do not hold themselves accountable.

The general perception is that senior leadership seems to have made it their mission to please Congress at the expense of the troops. They feel that they are expendable, not on the field of battle, but as chess pieces, that senior military leadership seems to be cowed by civilian authority and that they will throw anyone under the bus to preserve the “image” of the military. They feel that no one has their backs and that loyalty currently only goes up, not down.

The facts are that national security requirements have not decreased. In fact it can be argued that they are increasing. The job insecurity and dissatisfaction that the soldiers, sailors, Marines, and airmen are experiencing today is the result of very complex and difficult realities that range from economic to the psychological.

Suicide rates both in the active duty and veteran populations are at an all time high. 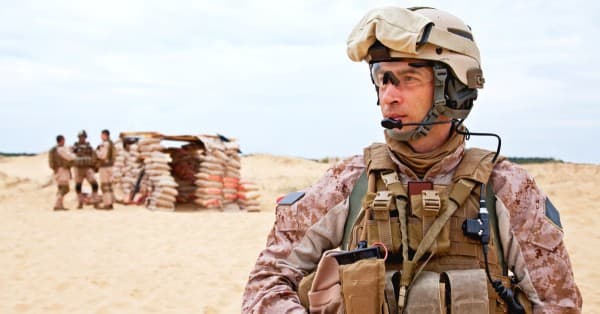 Today’s servicemen and women have real concerns about quality medical care, both while in the military and afterwards through the Veterans Administration, and whether it will be there for them. These concerns, and the seeming lack of loyalty from senior leadership, both military and civilian, all add to the mix in the current morale problems. These issues must be addressed soon. The morale of our military is of paramount importance. A military with a low morale is a military that does not fight well when it is called upon to do so.

This morale issue is real.

Senior civilian and military leadership have a lot of soul searching to do and they have an unavoidable responsibility to the nation to address this issue now. Those who serve do so voluntarily and with pride. They do so to protect and defend the Constitution of the United States of America and all that it stands for. They are no better or worse than any other American, save for their willingness to place themselves between those who wish to harm us, to suffer and sacrifice on our behalf, even to the “last full measure” if they are called upon to do so.

This is their self-chosen task and purpose.

Those who serve in our military services provide the foundation that supports and defends our country’s noble cause of freedom, and they are the wall that defends us from those who would threaten all of that. It is our responsibility as citizens to be concerned for the morale of those who serve the nation so generously.

As fellow citizens we need to be engaged in this responsibility in a variety of ways, large and small. Write or call your Representatives and Senators and ask them to support the troops and to make sure that they have what they need. Start or sign petitions in support of our troops. You can also participate here in The Veterans Site’s effort to send comfort to the troops.

★ Send Comfort to Our Troops ★

Shifting political priorities and economic malaise at home can sometimes make it easy to overlook the thousands of Americans still deployed to dangerous places around the world. Practical yet meaningful, comfort and care packages remind our troops that they remain on our minds and close to our hearts.

Every donation helps show our military that we have not forgotten.

There are many more ways that can be employed, but it is important that we all do something. Thank you for caring for those who have care enough to sacrifice and serve us all in the uniforms our our military services.