Nine-year-old Davison knows the pain of seeing his father leave for deployment. When that happens, he considers himself to be the ‘man of the house’ and he has filled that role eight times.

Dave Whetstone is Davison’s father. They use a pseudonym for his surname for security reasons. He is on his 10th deployment as a Green Beret. Almost every year of Davison’s life, his father has been deployed and Davison managed to ‘put on a brave face’ every time.

The father and son duo would like to help other families in the military to be brave as well. That is why Davison wrote a book, “Brave for My Family” and Dave illustrated it. Some of the proceeds from that children’s book will go to military charities.

The book was released under pen names on Veterans Day to protect their identities. It talks about the experiences of the family with one of the deployments after he had a life-threatening battlefield injury. He was able to recover and return to war, and it is recapped in the book through Davison’s eyes. 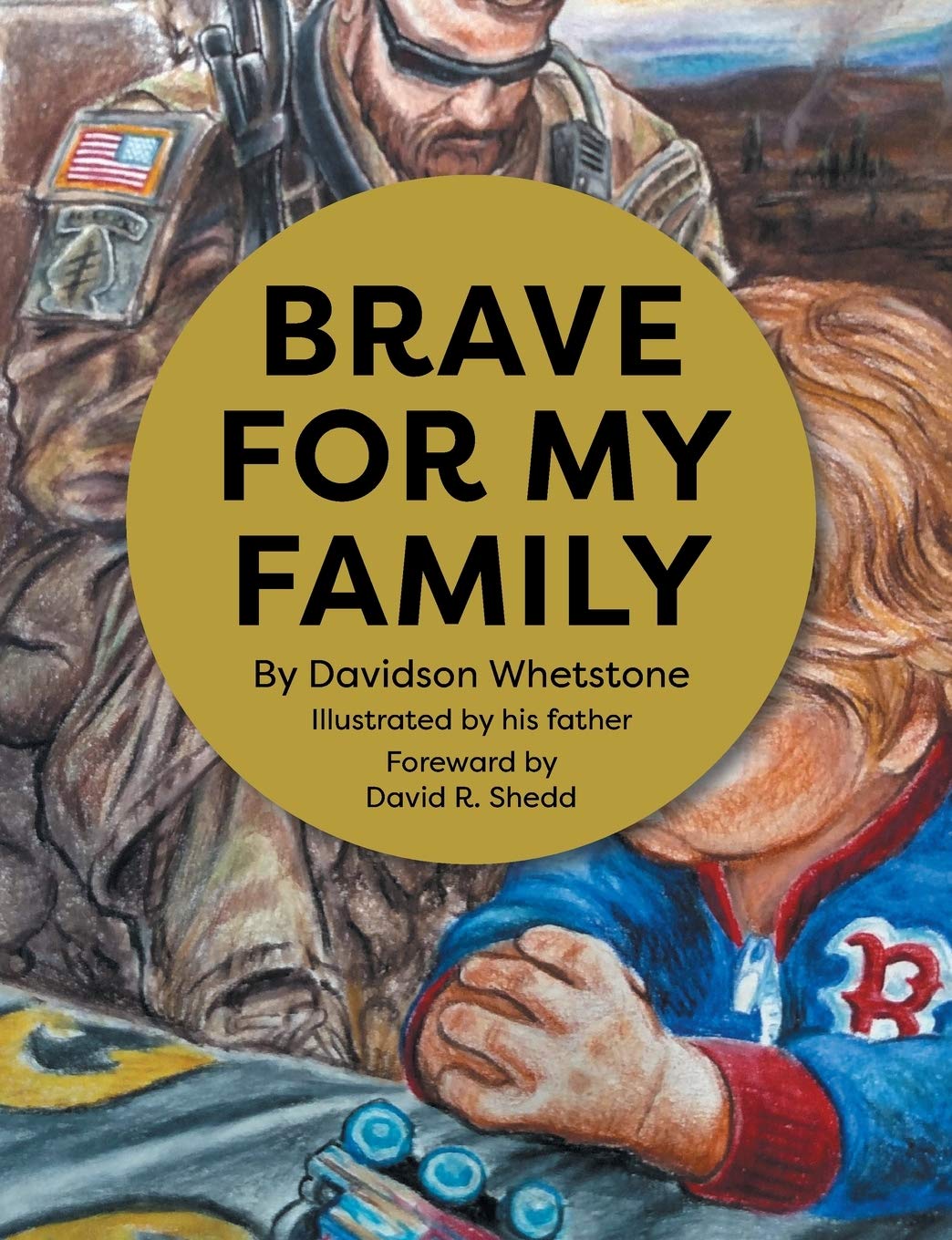 Dave does his best to stay in touch with the family while on deployment. He reads bedtime stories through video for his son, and his wife, Elizabeth will replay it for the children.

“While Americans are grateful for the sacrifices service members make for our country, it’s the sacrifices they don’t see that are the hardest,” Dave wrote in an email to Military.com.

Dave got hit by a rocket-propelled grenade in 2013 while on deployment in Afghanistan. It happened four days before Christmas.

Shrapnel from the explosion tore through his face on the right side of his body. He survived because the shrapnel missed his carotid artery by only a few millimeters.

The Whetstone’s were back in Massachusetts with family for the holidays and they continued on with their lives, unaware that Dave was fighting for his own life.

A number of life-threatening injuries occurred as a result of the blast. He was treated on the battlefield and airlifted to Germany where he was hospitalized briefly. 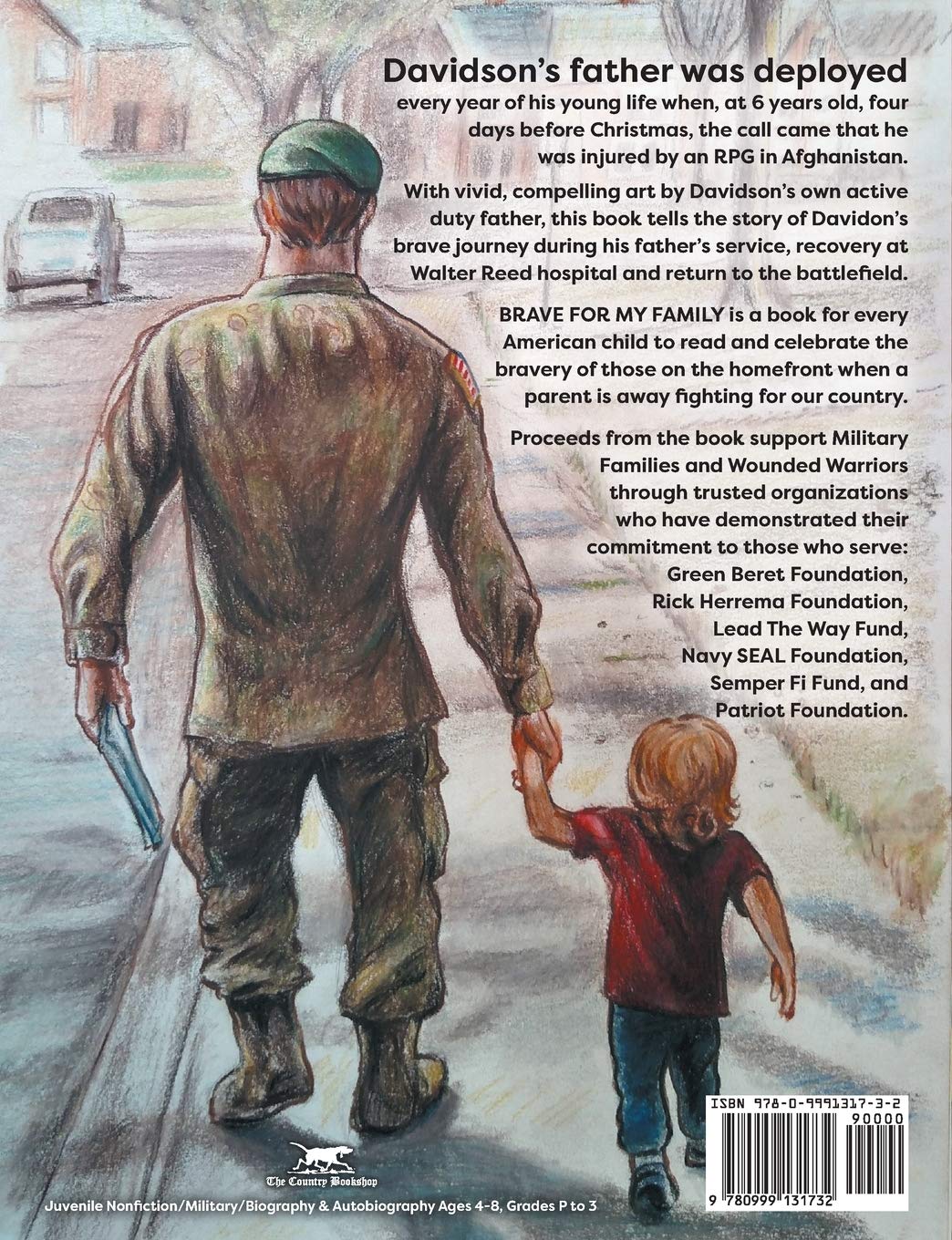 Dave had multiple surgeries after being transported back to the United States from Germany. He was at the Walter Reed National Military Medical Center in Bethesda, Maryland for three weeks.

The Whetstone’s received the news and they also went to Washington DC to be reunited with their father on Christmas.

Davison was only three at the time but he includes the details in the book.

“My mom cried, and I was pretty scared my dad was going to die,” he wrote.

Dave’s illustration in the book also captures the moment. He is in the hospital with bandages but is hugging his son.

That illustration is still difficult for Elizabeth to see without the memories flooding back in.

In addition, Dave and his family were greeted by VP Joe Biden on Christmas Day that year. The former vice president went to the hospital to visit troops and their families and he had the Whetstone’s to his home for lunch. They were able to go the following year.

While recovering, Dave learned that a friend of his was killed in combat in Afghanistan. Even though he was on convalescent leave, he asked to return to Afghanistan for the rest of his deployment.

As a result of the explosion, he lost the peripheral vision in his right eye and still has shrapnel in his body. He still doesn’t think that the pain of physical injuries are the most painful thing experienced by soldiers.

“I have been wounded in combat, I have lost close friends,” Dave wrote. “But, for me some of the toughest pills to swallow are not being there for first words, first steps, first Christmases, first birthdays, and all of the moments that I’ll never see again. The hardest thing is watching my kids grow up in pictures.”

The summer before Davison started school, they began writing the book together. They decided they would produce something “that could help kids not be scared if their parents deploy,” Davison said.

“I know what it’s like to have your dad deployed to a scary place,” Davison added.

They spent almost 2 years when he was home putting the book together.

“Creating the book was therapeutic for them both,” she said.

Dave has had a love of drawing since he was a child and it helps him to organize his thoughts.

“Illustrating Davidson’s story gave me a strong motivation to create a meaningful representation of our family’s sacrifice and courage,” Dave wrote.

“It also allowed me to spend time recalling and appreciating the details of our family’s experience, and come to terms with some things.”

A number of charities will receive part of the proceeds of the book, such as the Green Beret Foundation and Wounded Warriors.

“I can’t express how proud I am of my family, and how immeasurably blessed I am to have each of them in my life,” Dave wrote. “I am so proud of Davidson for writing this book. But, if I’m being honest, this is only a snapshot of his talents and passion as a good young man.”