The Midgett and the Kimbal will be replacing 378 ft, high endurance Hamilton-class cutters that have been in service since the 1960s. These new Legend-class cutters are designed to take on a wider variety of missions from the traditional search-and-rescue missions to homeland security and defense missions.

According to the Coast Guard, these ships are ready for actual combat missions.

“They are the flagships of the Coast Guard fleet, capable of executing the most challenging national security missions including support to U.S. combat commanders.”

The Midgett and the Kimbal are armed with 57mm guns which can fire more than 200 rounds per minute and can be utilized against high speed, maneuvering surface vessels in pitching seas. They also carry 20mm guns and 50 caliber machine guns. 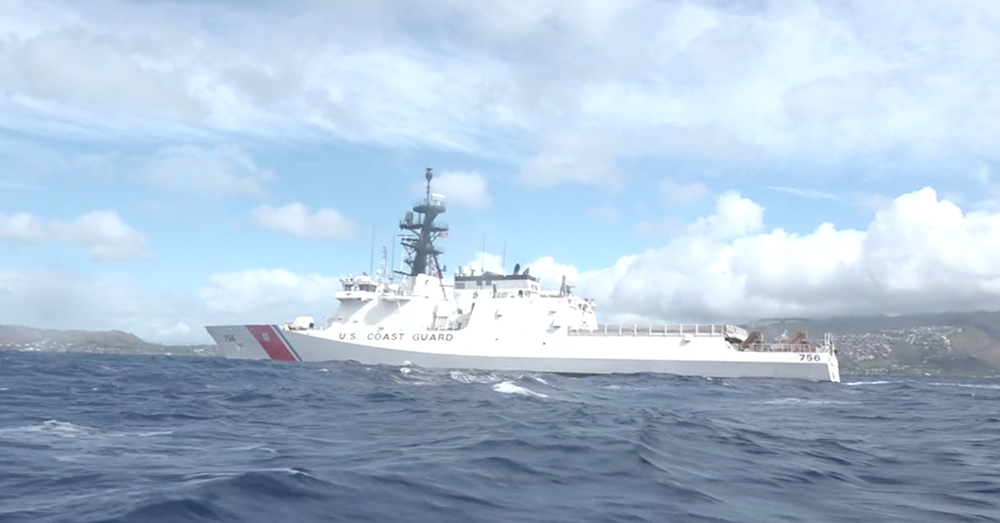 Source: U.S. Department of Defense
The Legend-class cutters are the fastest in the USCG fleet.

The new U.S. Coast Guard cutter, Midgett, couldn’t wait to be commissioned. On her way to Honolulu for commissioning ceremonies she engaged and captured two go-fast drug boats in two separate incidents, on July 25 and 31. She and her crew captured 6,700 lbs of cocaine with an estimated street value of $89 million.

Speaking of these new Legend-class Coast Guard cutters, Coast Guard Captain, McCabe said, “The national security cutter gets you further faster and delivers more capability once on scene than any other cutter in the history of our service.” 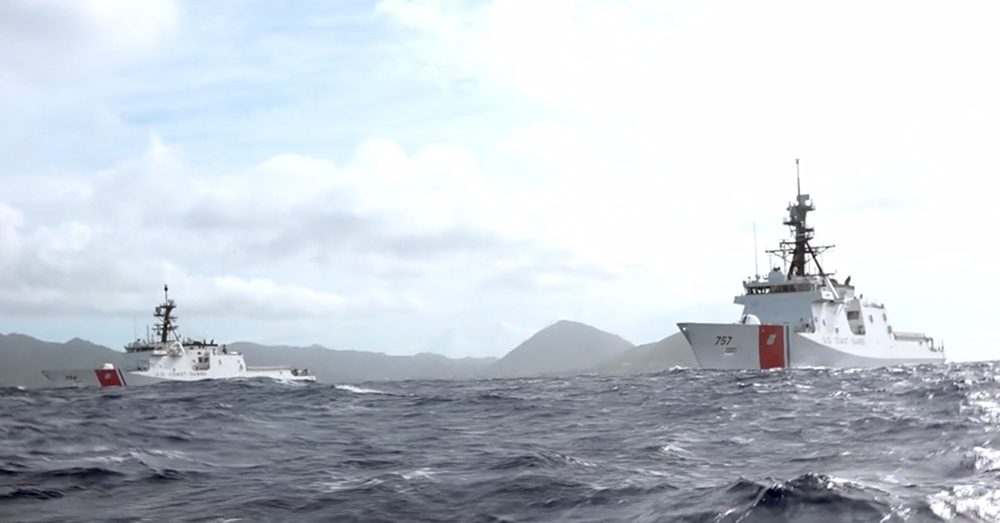 Source: U.S. Department of Defense
These cutters are ready for combat!

The United States Coast Guard is rightly proud of their new Legend-class national security cutters. They are going to be a real addition to the traditional Coast Guard service and to the national security and defense combat missions. We can be sure that their crews are proud to serve on these new cutters and are clearly ready for their traditional missions and for combat, if the need arises. They will be taking over where the Hamilton-class ships left off, serving with the U.S. combat fleets regularly.

The Veterans Site sends its congratulations to the United States Coast Guard on this occasion of the commissioning of their newest, combat-ready cutters, the Midgett and the Kimball. We wish their officers and crews the greatest success in their proud service to the nation.