A Christmas tree farm in the area of Gobles, Michigan was the scene of something interesting on Monday. 100 volunteers showed up to load approximately 500 donated Christmas trees onto trucks. They are transporting them to military families to help make their Christmas season bright.

Greetings were exchanged among the crowd of volunteers as people caught up with friends they hadn’t seen in quite some time. It took place on December 2, and event organizer Betsy Wahmhoff-Perales went around to make sure everyone was checked in for the day’s work.

According to Dan Wahmhoff, this event has been hosted at the Wahmhoff Farms Nursery since 2006. It is an event that he looks forward to every year and this year was no different.

“I am very proud of our troops and very supportive of our troops,” he said. “We want to do something to give back to that they’re doing.” 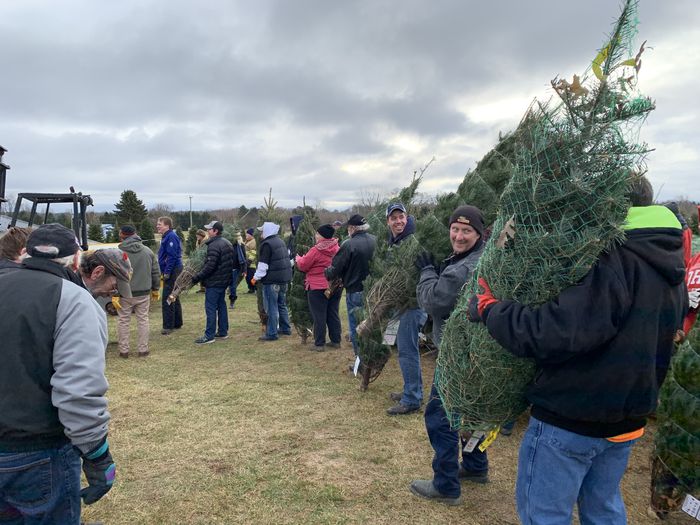 A nonprofit, Trees for Troops works along with them in a partnership. That organization got its start in 2005 and they work every holiday season to deliver Christmas trees that were donated for military families. Their Facebook page says that they deliver thousands of trees every year and they have a goal of donating 18,000 trees in 2019.

Crews provided by the Wahmhoff Farms Nursery load the trees and provide the location for the event every year. This is also something that takes place around the country at other locations as well. 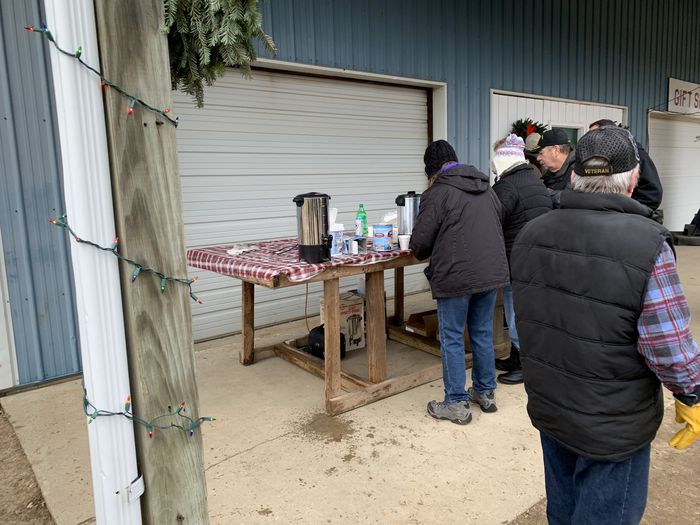 “We are just one little piece in the whole puzzle,” Wahmhoff-Perales said.

Trees that are being collected in Gobles are being taken to Kentucky at Fort Knox and to Fort Hood in Texas. Freight transportation is being donated by FedEx. 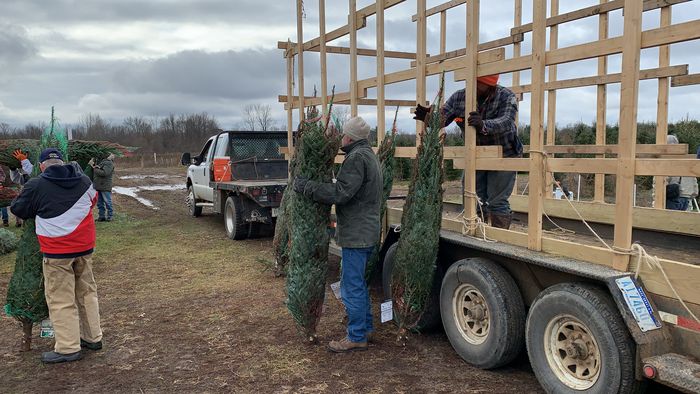 The volunteers were on hand to load up the 500 donated Christmas trees onto two freight trucks. Many people were on hand, including active military members, veterans, public service workers, and community members.

Each one lined up, grabbed the tree and brought it to the truck to place it on a conveyor belt. The volunteers worked hard and it took just over 30 minutes to get the 500 trees loaded. Some of the volunteers had been there for multiple years. 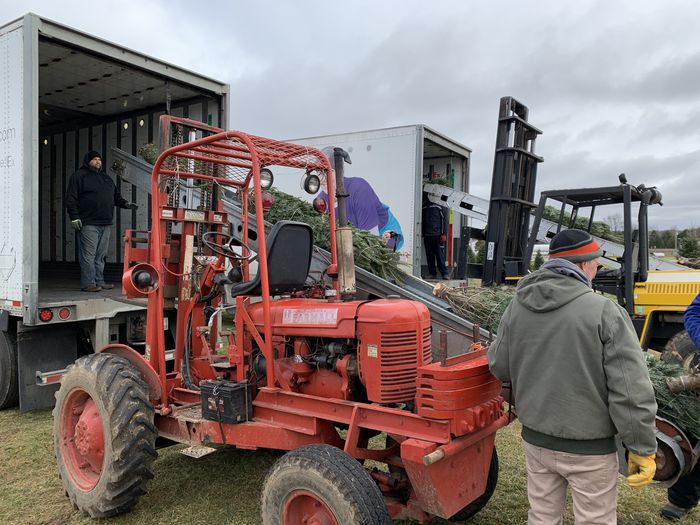 “This is my favorite day of the year, coming out and supporting the troops,” said Lon Schafer, who was dressed in his Gobles Pine Grove Fire Department uniform. This year, Schafer also enlisted the help of his 3-year-old niece, Addy Burson. 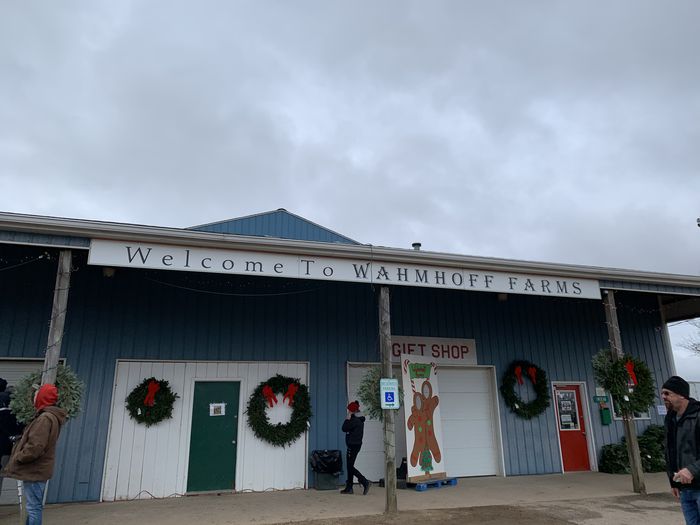 “It’s a great time and you get to see all the people out there who love to help out,” Schafer said.

Volunteer Sue LaCoss talked about the weather, which was cloudy and in the low 30s. Last year snow was falling and slush was on the ground as they loaded the trees. 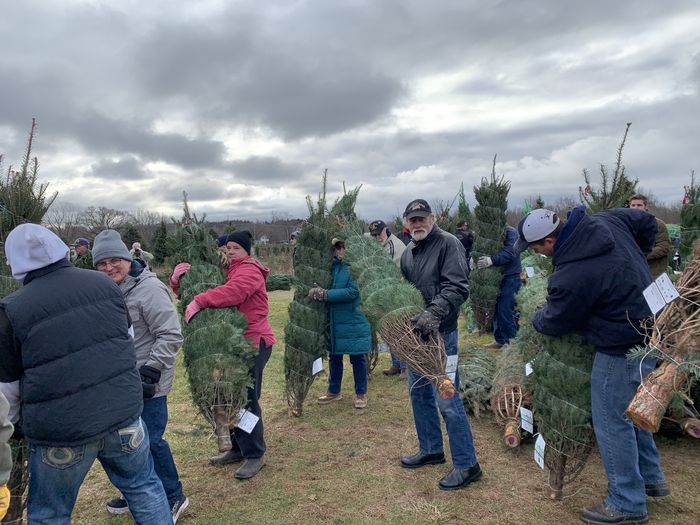 Jim Addessi, a U.S. military veteran who served from 1967-1972 has been a part of this event every year for the past decade and he loves the turnout.

“These people are just out of this world, great,” Addessi said. “You consider the number of trees, and volunteers, this whole situation is just a wonderful thing.” 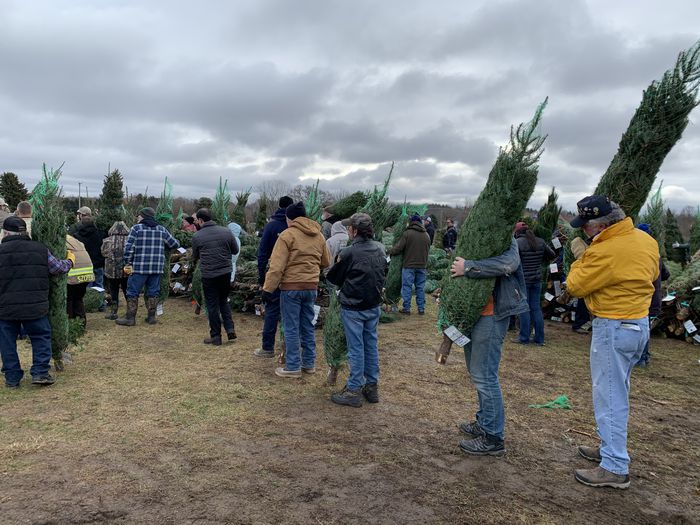 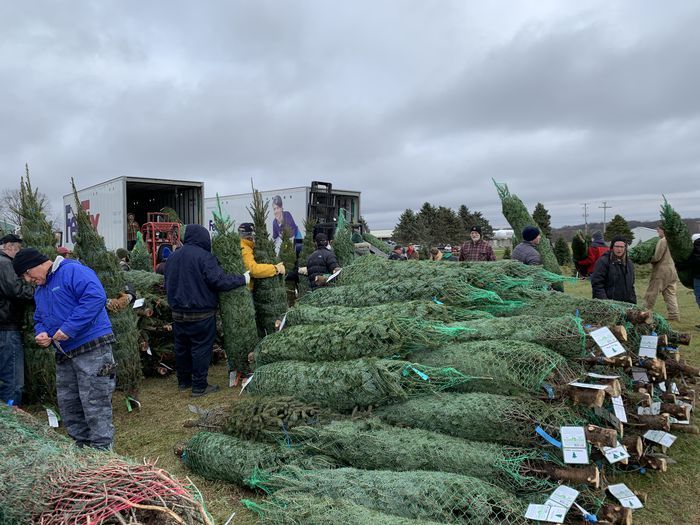 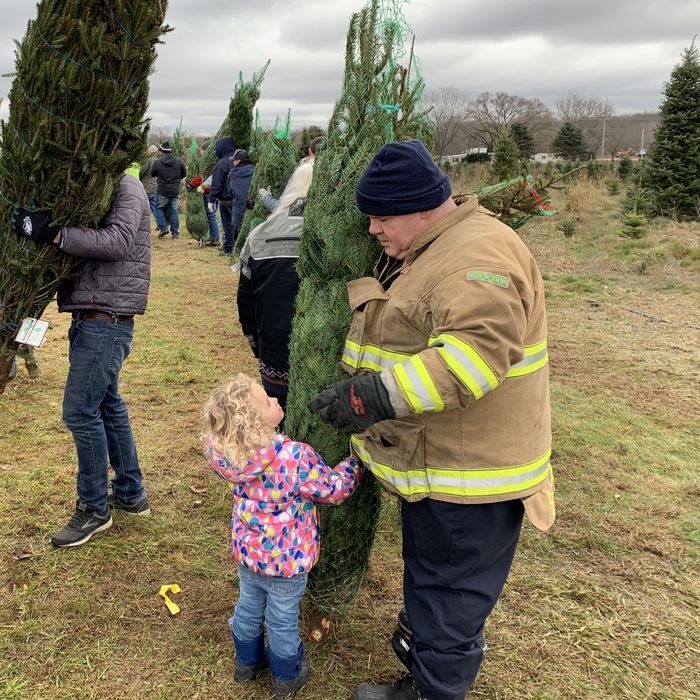 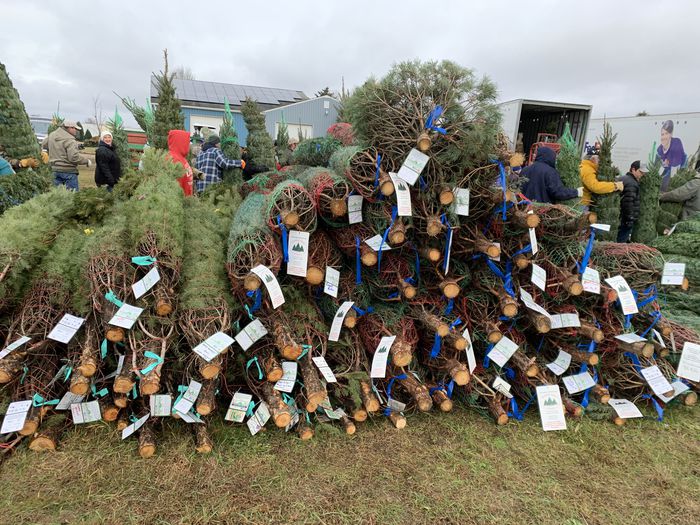