So, You Think You Want To Be A Navy Corpsman Or An Air Force Medic?

So, you want to be a Corpsman or a Medic?

Today’s Navy Corpsmen and Army and Air Force Medics are all trained at the METC facility at Fort Sam Houston, outside of San Antonio, TX. 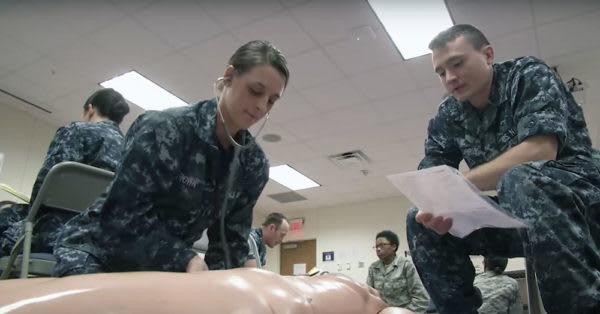 You may remember a news story a while back where three friends, two of whom were military personnel at the time on leave, were traveling together on a train through Belgium. The two military men were both combat veterans of the war in Afghanistan. When an armed terrorist came into their train car they immediately went into their military training mode and took on that terrorist. Because of their actions they were able to stop the attack before it could begin. One of those men was a medic who had been trained at the METC at Fort Sam Houston.

These young men and women are given a training course in emergency and combat medicine that is second to none. The skills that they learn, more often than not, make the difference between life and death, both on the battlefield and in circumstances like that you see in the beginning of the film. 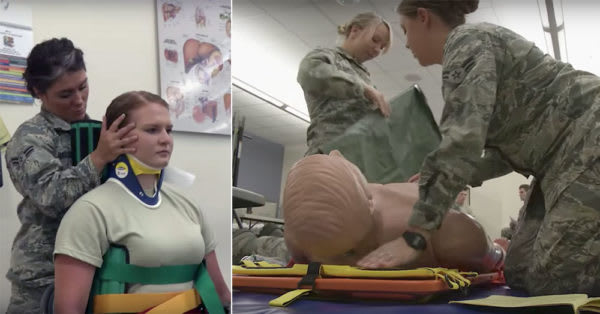 As a former Corpsman, I recognize how much more advanced the training is now than that we received back in the Vietnam War period. But it is not just the training that these Corpsmen and Medics receive that makes the difference. It is their natural desire to save lives and to do whatever might be necessary to do so, no matter the immediate circumstances, that makes them one of the most important military assets on the battlefield, aboard ship, or at the many medical facilities and military hospitals around the country and the world.

Watch this video and you will get a real feel for what that training looks like. Being a Corpsman, or a Medic is a real privilege and a tremendous responsibility for one so young. But this training makes our Corpsmen and Medics the best in the world.