The fact is that most people will not attend Memorial Day events this holiday weekend.

Indeed, most Americans have little knowledge of, or connection to the Memorial day events. This is the first long weekend of the summer and most will be thinking of anything but Memorial Day. It is a reality that those who have served this country in uniform, and their families, are less that 1% of the American population. Most people today, even though we have been at war for the last 14 years, do not even know anyone who is serving, or who has served in our military. Most would not be able to tell you why we celebrate Memorial Day.

This coming weekend our cities will be decorated in bunting and the American flag will be flying along downtown streets all across America. There will be memorial ceremonies held at National Cemeteries, and small local cemeteries, where veterans are buried beneath broad, manicured grounds marked with long, regimented rows of white marker stones. 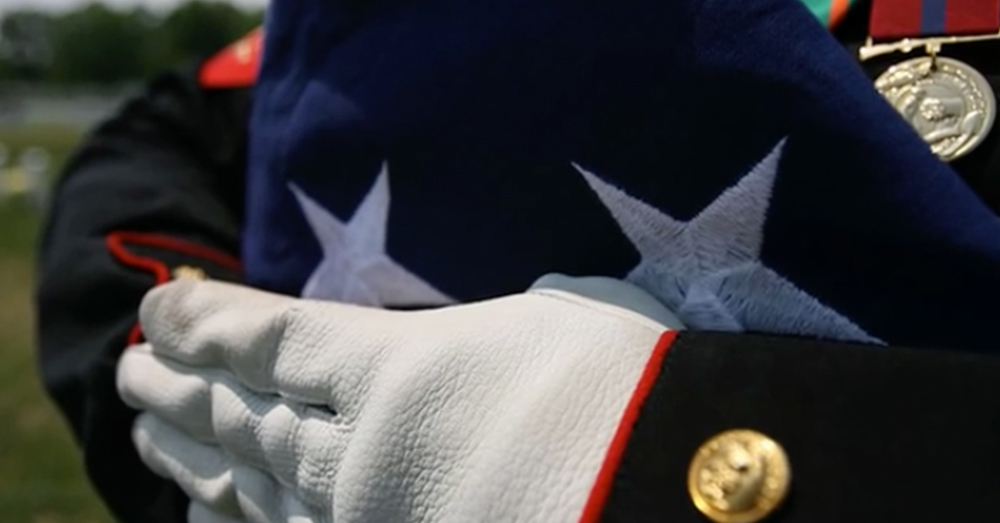 Some people will gather in those places of rest around the country to remember their own family members who died in service. Others will come to honor all who have served the nation in times of war and times of peace. The flag will be raised solemnly as the National Anthem is played or sung. The plangent, melancholy notes of “Taps” will waft over the silent grounds.   The old veterans in attendance will be recognized by their baseball hats emblazoned with military branch insignias, or with the names of the wars they were in. They will stand at awkward attention and salute at the raising of the flag, or during the playing of “Taps.” Their eyes and cheeks may be moist with tears, because they will be remembering fallen brothers and sisters in ways most can not imagine.

Why, then, should we all remember?

It is not wars that we are remembering with this national holiday. Rather, we are remembering those who served and those who gave their last full measure of devotion in order to insure that the freedoms that this country offers to all would be able to be passed on to the next generations. We remember them because they tell us something of our human dignity. They remind us of the cost of freedom and of the quality of our character as a nation. We do not gather on this holiday to glorify wars. Rather, we are challenged to remember that when war comes unbidden to us, there are those who are willing to give their all to defend this nation. Deep down we want to remember in the hope that we will find ways to prevent wars and never again have to fight them again. There is, among veterans, no more hoped for desire than the desire that their own sons and daughters will never have to suffer the terrors of war, or the effects of war. All veterans hope and pray that their war will be the last war.

Memorial Day remembrances go back to the Civil War. They were originally called “Decoration Day” and were created out of a desire to honor those who had fallen. It was officially proclaimed on the 5th of May, 1868 by General John Logan, the then commander of the Army of the Republic, in his General Order No. 11. It read: “The 30th of May, 1868, is designated for the purpose of strewing with flowers, or otherwise decorating the graves of comrades who died in defense of their country during the late rebellion, and whose bodies now lie in almost every city, village and hamlet churchyard in the land.”  That particular date, May 30, was chosen because it wasn’t the anniversary of any particular battle.

In December of 2000 a resolution was passed in Congress calling on all Americans to observe a National Moment of Remembrance at 3:00 p.m. local time. We are asked “to voluntarily and informally observe in our own ways a moment of remembrance and respect, pausing from whatever [we] are doing for a moment of silence or listening to the playing of ‘Taps.'”

We here at The Veterans Site encourage all to attend your local Memorial Day events. If you are unable to do so, we encourage you to observe the “Moment of Remembrance” this Memorial Day by yourselves, or with those you might be with at that time. Share this post on Facebook to encourage your friends and families as well. It would be a great way to teach the young of the importance of remembering those who have sacrificed so much in service to this county. It is their sacrifices that have protected and defended all of the freedoms and privileges we enjoy as American citizens.

Why should we remember?

We should remember because a nation that cannot, or that will not, remember its past will suffer a far more perilous future.