Memorial Day was originally called “Decoration Day,” first held on a bright spring morning, May 30, 1868, three years after the end of the Civil War.

As the VA reports, the head of the Grand Army of the Republic (GAR) established Decoration Day as a time for the nation to decorate the graves of the war dead with flowers. Maj. Gen. John A. Logan chose May 30 for the date, when those flowers would be in bloom.

The first large observance was held that year at Arlington National Cemetery, across the Potomac River from Washington, D.C., NPR reports. Flowers were placed on both Union and Confederate graves, while attendees recited prayers and sang hymns.

After World War I, the focus of Memorial Day was expanded to honor those who have died in all American wars, Asbury Park Press reports.

In 1966, Congress and President Lyndon Johnson declared Waterloo, N.Y., the new “birthplace of Memorial Day“, and by the end of the 19th century, Memorial Day ceremonies were being held on May 30 throughout the nation. State legislatures passed proclamations designating the day, and the Army and Navy adopted regulations for proper observance at their facilities.

In 1971, Memorial Day was declared a national holiday by an act of Congress, held on the last Monday in May.

We must never forget that sacrifice.

This Memorial Day, take time out of your day to attend a local ceremony, or to remember, for a few moments, those who have fallen in service to the nation. Click below to learn a few ideas how, and to take the Memorial Day Pledge! 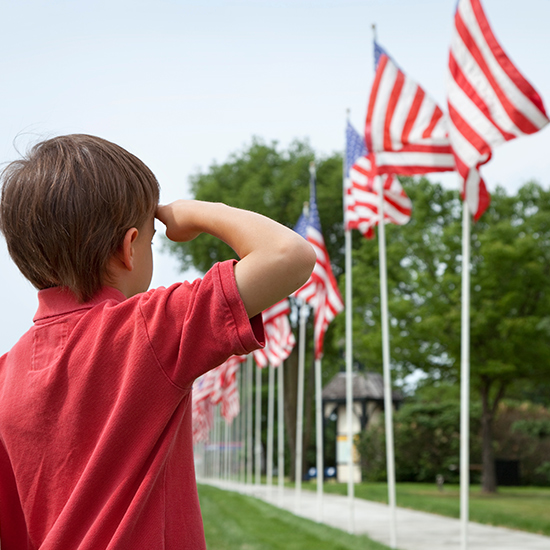 Memorial Day has been set aside to remember those who fell in battle, in defense of our Constitution, and in defense of lives and liberties around the world.

This and every Memorial Day, pledge to take time out of your day to remember, for a few moments, those who have fallen in service to the nation.

Sign the Memorial Day Pledge and show your support!