Melvin Rector had a feeling he needed to return to the country he fought so bravely to protect in World War II. As it turns out, fate agreed.

U.S. Air Force Master Sgt. Rector served in England with the 96th Bomb Group in 1945 as a radio operator and gunner on the famous B-17 Flying Fortress bomber Memphis Belle. He flew eight combat missions over Germany that spring, encountering heavy flak in four of those missions, and on April 3, 1945, and returned with several holes in the bomber’s wings. 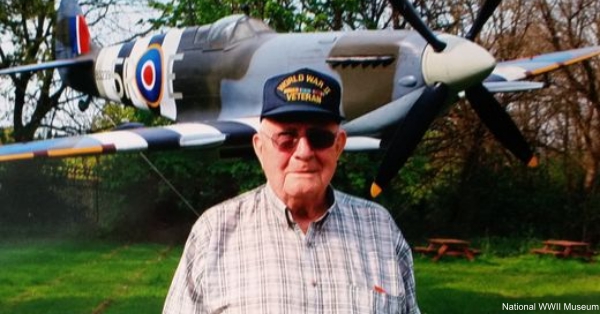 It would be seventy-one years after returning home from the war before Rector would decide to see England again. At the National WWII Museum in New Orleans, Rector signed up for a tour of the Royal Air Force station Snetterton Heath in Norfolk, got his plane ticket, and prepared for his mission.

Despite the 94-year-old’s modesty, word of his amazing story got around the tour. On his flight to England, the American Airlines pilot even invited Rector to the cockpit for a picture.

“The flight attendant stopped us and said, ‘Mr. Rector, the captain would like to meet you,'” said Susan Jowers, who accompanied Rector along on the tour. 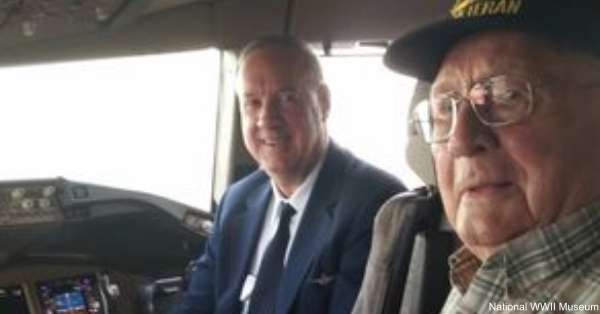 This American Airlines pilot flight invited Rector into the cockpit for a photograph.

Jowers said she felt like Rector’s daughter after escorting him on a 2011 Honor Flight trip to Washington, D.C. She was happy to help him along on the tour of Snetterton Heath. And after the first stop at RAF Uxbridge in the London borough of Hillingdon, Rector and Jowers went to the Battle of Britain Bunker, where fighter airplane operations over Europe were directed on D-Day.

“He walked out of that bunker like his tour was done,” Jowers said.

And it was there, just after admitting he felt dizzy, that Rector died in the arms of his friend.

“He couldn’t have asked for a better way to go,” Rector’s daughter, Sandy Vavruich, told Florida Today. “It was quick and painless. He had just gotten to see two planes and he passed away between them.”

Although there was just a small service planned before Rector’s remains were sent back home, his reputation once again preceded him.

“They just wanted something very simple. And when I found a little bit of background out about Melvin, there was no way we were going to just give him a very simple service,” said Neil Sherry, the British funeral director in charge of Rector’s service. “I wanted it to be as special as possible.”

Members of the American and British Air Forces were present at the funeral to give Rector a fitting send-off with full military honors. 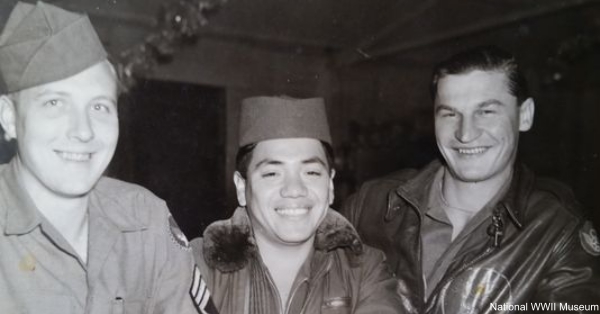 Melvin Rector is sitting on the left.

“You go to a foreign country and see they have the love and honor for a veteran. It was so nice that he had those to participate in his service,” Vavruich told the Daily Mail.

Thousands of World War II veterans receive free flights to Washington, D.C., to visit the war memorial built in their honor, thanks to the Honor Flight program. In this video, veterans on one Honor Flight react to a surprise mail delivery packed with letters and cards from community members thanking them for their service.