He Fought In Vietnam, He Fought For Freedom, But Sen. John McCain May Soon Die Of Brain Cancer

After being diagnosed with a brain tumor, the result of a deadly form of brain cancer, Sen. John McCain was put on a treatment regimen to help his body combat the glioblastoma that threatened his life.

The Vietnam veteran and former POW has since decided to fight the cancer on his own, and will not continue the treatment. 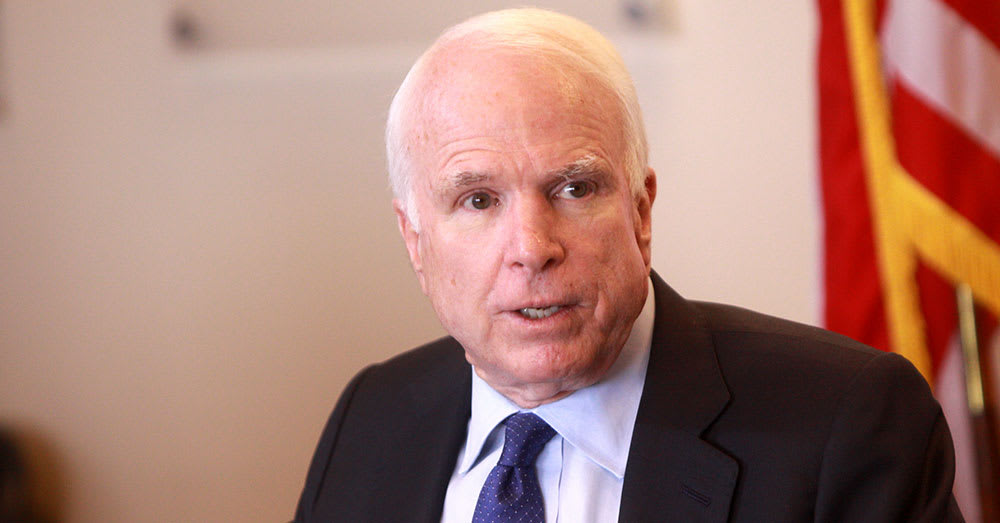 “Last summer, Senator John McCain shared with Americans the news our family already knew: he had been diagnosed with an aggressive glioblastoma, and the prognosis was serious,” McCain’s family said in a statement. “In the year since, John has surpassed expectations for his survival. But the progress of disease and the inexorable advance of age render their verdict.

“With his usual strength of will, he has now chosen to discontinue medical treatment. Our family is immensely grateful for the support and kindness of all his caregivers over the last year, and for the continuing outpouring of concern and affection from John’s many friends and associates, and the many thousands of people who are keeping him in their prayers. God bless and thank you all.”

I love my husband with all of my heart. God bless everyone who has cared for my husband along this journey. pic.twitter.com/v27sEbboii

“My family is deeply appreciative of all the love and generosity you have shown us during this past year,” McCain’s daughter, Megan McCain wrote on Twitter. “Thank you for all your continued support and prayers. We could not have made it this far without you – you’ve given us strength to carry on.”

Sen. McCain once piloted jets for the U.S. Navy, was almost killed in the 1967 USS Forrestal fire, and was shot down by the Vietnamese and held captive at the “Hanoi Hilton” until 1973. He has said brain cancer is one of the toughest battles he has ever fought. 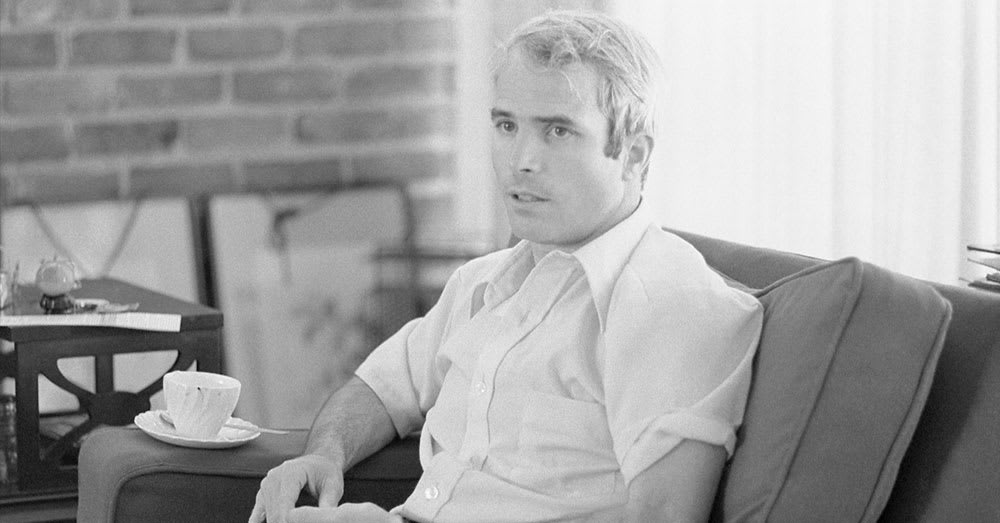 Source: Wikimedia Commons
McCain being interviewed after his return from Vietnam, April 1973.

Despite his failing health, McCain remained convicted to the same values he has held since entering politics in the early 1980s, challenging President Donald Trump on a number of issues. According to Vice, when President Trump attempted to repeal the Affordable Care Act, a stern and silent McCain answered by giving the President a “thumbs-down.”

McCain left the Senate floor in December, moving back to his home in Arizona to concentrate on his health. He turns 82 on August 29.