One year before the Royal Air Force, RAF, was formed in the United Kingdom, Mary Wilkins was born. She would go on to be a trailblazer and true heroine of WWII as one of the few female fighter pilots in the war. Sadly, Mary Wilkins Ellis passed away on Tuesday at the age of 101.

Mary joined the Air Transport Auxiliary (ATA) in 1941 after hearing a radio ad asking for female pilots. Throughout the course of WWII, Mary and the other “Glamour Girls,” as they were called, delivered airplanes to the front lines. By her own estimation, Mary flew 70 different types of aircraft — around 1,000 airplanes altogether — during the war including the legendary Spitfire, which was her favorite.

“When I went to collect my first Spitfire the man helping me with my parachute asked, ‘How many of these have you flown before?’ and I said, ‘none, this is the first one’ and he nearly died of shock and he fell off the aeroplane,” Mary said during an interview in April with Force News. 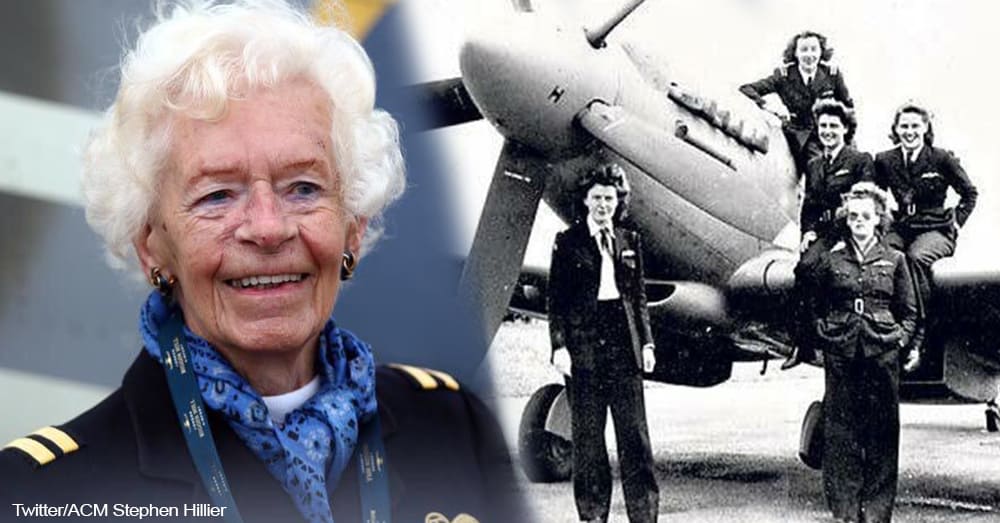 Twitter/ACM Stephen Hillier — Mary Ellis, one of the last surviving female pilots of World War II, passed away at age 101.

As part of the small number of female pilots in World War II, Mary was a groundbreaking heroine who helped open the doors for females in military service for decades to come.

In 2017, Mary Ellis was surprised for her 100th birthday with a party at an airport where a Spitfire was waiting for her. She said of the Spitfire, “I love it, it’s everybody’s favourite. I think it’s a symbol of freedom.”

In 1961, Mary married pilot Don Ellis. The two remained married until his death in 2009, according to the BBC. She was awarded the Freedom of the Isle of Wight earlier in 2018. She passed away at her home on the Isle of Wight on July 24, 2018.

Watch this interview with heroine Mary Ellis at age 100 in the video below!