It has been my habit to watch CBS Sunday Morning every Sunday. I’ve done so for over 20 years. This last Sunday’s program, on Mothers Day, opened with a story that had me in tears. They were tears of sorrow, of loss, and of anger.

If you know anything about military families, you will not be surprised by the fact that San Antonio was the 10th place that this family had called home as they followed their father, Lt. Col. Kato Martinez, in his military career. As you will see in this piece from CBS Sunday Morning, they are, like so many other military families, very close. This close-knit bond comes with the territory. It is born out of necessity. They learn to support one another and to depend on each through all of the stress and change that comes with all that moving around the world. They are experienced at adapting to the ever-changing friends and all the new environments that they encounter together with each move.

Love, of course, is the source of that bond. 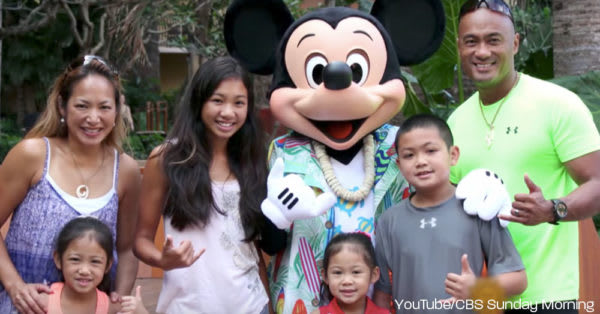 The kids in this family are articulate and well schooled, and they demonstrate a maturity far beyond their age. But what this family went through, and is still recovering from, is both a tragedy and a remarkable testament to the quality and courage of our military families.

You may remember the news stories last year about a terrorist bombing at the Brussels, Belgium airport. For most of us, the horror of the evil that is terrorism remains a distant reality. Lt. Col. Martinez, the father, like most of his peers who have served in our armed forces over the last 17 years, was not unfamiliar with it. He had seen it up close and personal as an Air Force Special Operator, fighting it at its source.

Martinez, like all of our military, had been doing this to protect his family and the rest of us from that evil. But, in a strange twist of fate, that reality visited him and his family in a moment and in a place far away from the battlefields in Afghanistan.

That morning last year, the Martinez’ were waiting in line along with hundreds of others at the Brussels airport to check into their flights. They were all happy and excited. Their father had come home from Afghanistan only two weeks before and they were about to get on a plane to go to Disneyland. Then, the unthinkable happened. Bombs that had been brought into the airport in suitcases by three terrorists, exploded in the midst of that innocent crowd.

Instantly, the Martinez family lost their mother and the rest were wounded badly. The rest of their story is told in this powerful video from CBS Sunday Morning.

fer our prayers, our support, and our sincerest condolences to the Martinez family. They represent all of our military families who are the less than 1 percent of our nation’s best who voluntarily serve the rest of us. I think you will be as deeply moved by the powerful bond of love that this family shares. We must never forget them. They are our treasure.