The nature of the wars and the enemy we are facing at this time has forced the increased use of specialized warfighters. Today they are commonly called Special Operations Teams and come in various forms from Navy Seals to Green Berets and MARSOC Marines to name a few. These specialized warfighters have become accustomed to rapidly evolving their small team tactics in order to meet the specific needs of their immediate battlefield conditions. They have become very good at determining and influencing every element of their unique missions to meet the unique conditions that they face.

This story is about one of the ways they have done this.

Early on in the war in Afghanistan, even before, Special Ops. Teams were in Afghanistan operating in the field. They were there to hunt down Al-Qaeda fighters and their leader, Osama bin Laden. They went in small teams, grew beards and often dressed like locals and operated in the rugged terrain of the Afghan wilderness on horseback, not unlike the local farmers and villagers. 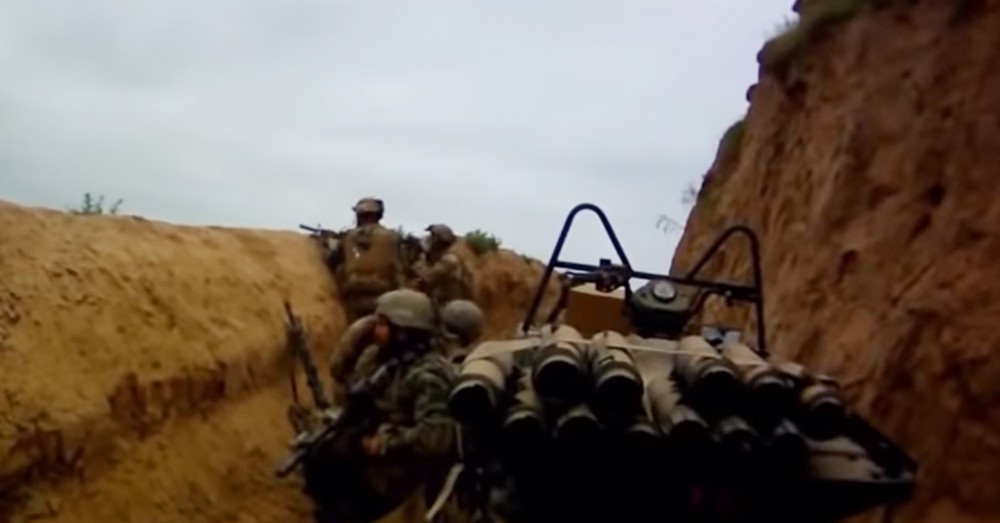 Today, MARSOC and other Special Operations Teams are using another tactic to throw the local Taliban fighters off their game. They are using their own fast, creative thinking to shape versatile, effective tactics to bring confusion, frustration, fear and momentary doubt to their Taliban foes. They have developed night time tactics using something that the Taliban themselves have been using to attack U.S. and allied troops in quick hit and fall back raids.

What is that tactic?

They are using small motorcycles with two-stroke engines to maneuver through the terrain, just like those that the Taliban use, but with some serious differences. 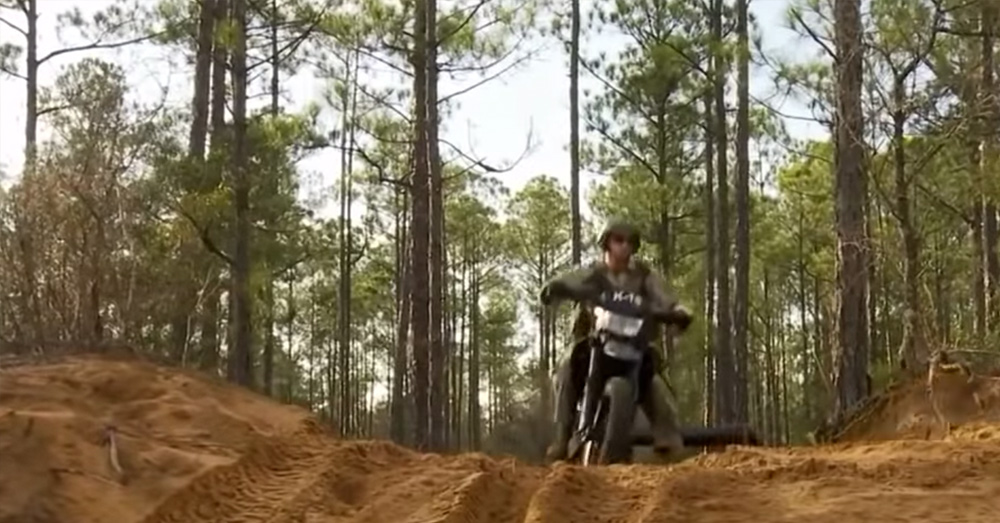 Source: Youtube/defenseupdate
The military relies on a variety of motorcycles in combat.

One of the reasons this is effective is that now when the Taliban hear the distinctive sounds of a two-stroke motorcycle engine in the distance, they cannot be sure if it is some local villagers traveling between villages, or one of their own fighters on the move, or if it is a MARSOC, or Special Ops Team hunting them.

In other words they are successfully compromising the Taliban’s own tactics.

These ten-man Spec. Ops. Teams are on the ground in the mix of things more intimately than most. They have evolved their own tactics using their up-close-and-personal experience to shape new ideas and responses to their immediate needs. They are given the ability to determine the specific technologies and specific weapons systems they need to fit their own unique missions in the field. Indeed, they have shown that the human capacity for ingenuity is often more important than all the high tech weapons systems and gear that might be available.

MARSOC and Spec. Ops. Teams, by their nature, continue to evolve and exploit the Taliban’s own tactics. Using these two-stroke motorbikes they have developed a way to fill the gap between the more common vehicle mounted or foot patrols. For example, they have armed these bikes with mounted, precision fire weapons and they use the latest in night-vision technologies. As a result, they have taken away some of the confidence that the Taliban used to have. 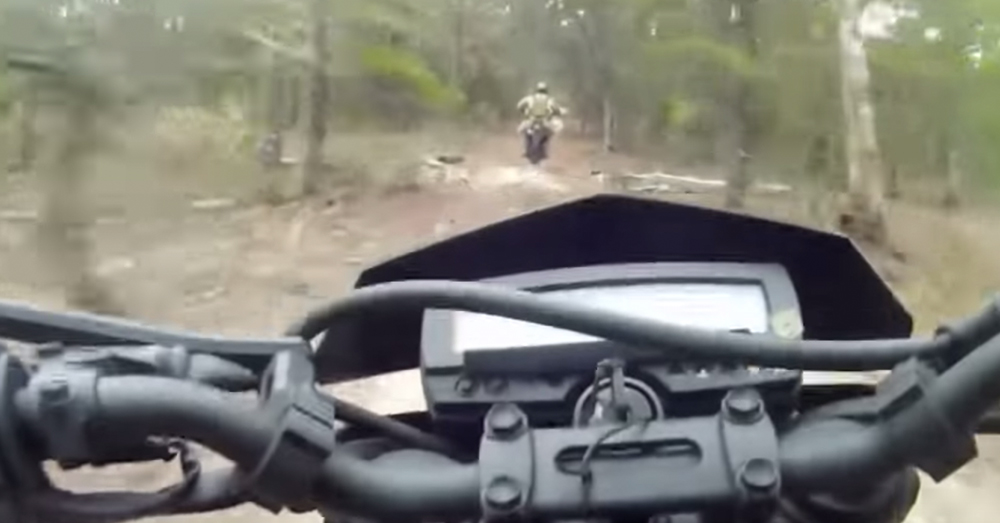 They are using the Taliban’s own tactics against them, especially those that have been used with some effectiveness against American and Allied forces in Afghanistan.

Given the terrain and conditions in the back country of Afghanistan, these bikes are not always easy to obtain, and it is always difficult to maintain and repair them. But to demonstrate the audacity and creativity of these MARSOC teams, they have taken to purchasing these bikes often in the same bazaars that the Taliban are getting their own. You’ve got to love the style of these Special Operators. You have to admire the sheer simplicity and genius of how they evolve and adapt to the given circumstances.

Learn about some of the bikes being used in combat in the video below.

The Veterans Site respects the creative, adaptive and audacious abilities of our MARSOC and Special Operations Forces teams. We wish that they did not have to be engaged in this long, ongoing effort to keep us safe from the madness of these terrorists, but we are glad that they are so good at what they do.

Veteran Attempts To Make A Downpayment On His Boarded Dogs, Then Tears Up When He Realizes Someone Else Has Covered The Bill: Click “Next” below!