Her Green Beret Father Was Killed In Action, So 80 Others Took His Place

Most of the nation goes about its daily business without ever a thought running through their minds about the thousands of our military members who are presently at war in some of the most dangerous places in the world. The average American has no idea of the sacrifices that those military personnel and their families are enduring on their behalf. But those sacrifices are very real to the families of those who are engaged in the battle against the forces of terror.

I saw this story first in an email, then looked it up on the internet and found several newspaper and on-line reports about it. I was deeply moved and hope that you are too.

The key word here is “Family.” This is a story about a particular family, the De Alencar family of Fort Walton Beach, FL. But it is also about the larger military family that is made up of a tight-knit unit of warrior brothers and their families. This bond of military families is like no other, as you will see in this story. 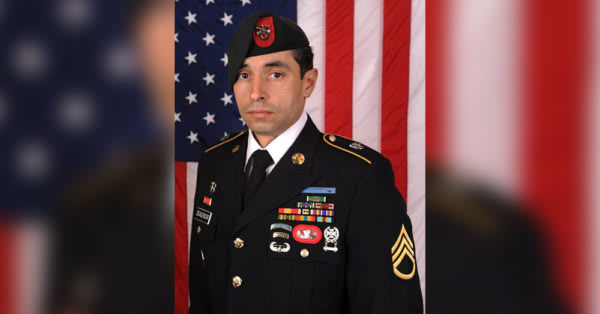 Staff Sgt. Mark De Alencar was a Green Beret in the Army’s 7th Special Forces Group. He was a family man in every sense of the word. He met his wife, Natasha, in 1996. Both had children from previous marriages, and after they got married they had two of their own. When Natasha and her then 3-year-old daughter, Octavia Osborne, entered into that new family, they also entered the military family. This meant that moving to different bases on a somewhat regular basis became part of their lifestyle. Octavia had become somewhat used to that, but the love that the family shared for one another made it easier to go through.

Staff Sgt. De Alencar and Natasha raised their children with love and with a commitment to their educations. They always pushed their children to do well in school, to get good grades because they knew the value of a good education.

Before Staff Sgt. De Alencar was to leave on his second tour to Afghanistan, he promised his step-daughter that he would be back for her graduation from high school. Unfortunately, he would not be able to fulfill that promise this time.

De Alencar was killed in action in Nangahar Province, Afghanistan on April 8th of this year at the age of 37. 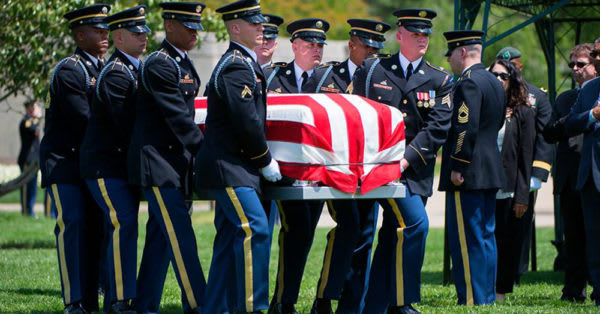 Octavia was going to graduate on May 25th and she would have to do it without the man who had been her loving and doting father since she was three years old.

Here’s where the larger, extended military family comes into the story. Natasha De Alencar received a phone call from one of her husband’s 7th Special Forces Group, Green Beret brothers asking her if some of the 7th Special Forces Group could come to the graduation event and if their would be room for them. Natasha was pleased that they would do that and asked how many would be coming. The caller said 80. Natasha was blown away.

Sure enough, on graduation day, when Natasha and her mother showed up, the Green Beret 7th Special Forces Group contingent was already there, and many had brought members of their own families with them. They were all dressed in their full Parade Dress Uniforms too. 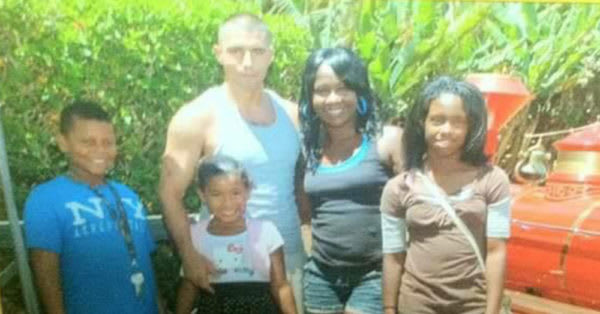 When Octavia’s name was called, the entire Green Beret contingent slowly rose to their feet. When she started up the stairs to receive their diploma, they erupted in a roar of cheers and whistles for their “family member.” Octavia couldn’t believe the outpouring of love and respect that she was receiving from them. Natasha’s mother told a reporter for the Northwest Florida Daily News, Fort Walton Beach, “They reached out on behalf of their fallen brother to let his daughter know they were going to be there for her. It made my heart feel so good, because she had been through so much to get to that day.”

This story’s importance in found in the bond of family. But it is enhanced a thousand times more by the fact that this family, this military family, has experienced the ultimate sacrifice a military family can make.

The small De Alencar family knows the price of freedom personally, both in the service that they have given over the years as a military family, but also now in the loss of their beloved Green Beret husband and father. They know the cost of freedom intimately, much more than the average American can know. But they also know that their family has the support of a much larger family in the men and families of the 7th Special Forces Group at Eglin Air Force Base, Fort Walton Beach, FL.

That extended family of Green Berets knows the cost of freedom too. They have shared in that cost. Their bond is as sure as that of the bond that holds the DeAlencar family together in their suffering. 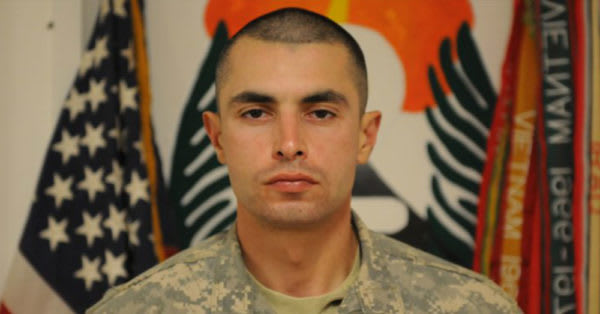 Truth be told, this nation has a duty to this family as well. The American people need to honor the commitment and the price that so many of today’s military war fighters and their families have paid defending their freedom from the ongoing threats of those who wish us deadly harm.

The American family owes these military families everything. We must not let them bear the weight of those costs anonymously. Every American should make a point of thanking active duty military, veterans, and their families for having the commitment to duty and a love of country courageous enough to willingly pay that price on behalf of the rest of us.

The Veterans Site sends its deepest condolences to the De Alencar family. We wish to thank the Green Berets of the 7th Special Forces Group for their commitment to their fallen brother and his family and for giving us an example of what our “better angels” looks like.

We offer our encouragement to Octavia De Alencar knowing that she can draw strength from the knowledge that she was deeply loved by her step-father and the rest of her family, and that she is supported by his brother Green Berets. God bless all of you, and may Staff Sgt. Mark DeAlencar rest in peace.