The United States Marine Corps has a long-standing tradition of excellence and precision. They pride themselves on being the best, most elite in everything they do — including how they dress and look. The image of a Marine in dress blues is one of sharp lines, perfect tailoring, and exacting standards of the uniform.

At the same time, Marines have a long history of getting tattoos to show pride in their branch of the military and commemorate their service in the Corps. Whether that is the Marine Corps’ eagle, globe, and anchor or more specific tattoos to show off their unit, where they served, or what they did, tattoos are common for Marines. Many, in fact, take the ink as a matter of extreme pride and are more than ready to show it off.

Those two elements — standards of appearance and a culture of tattoos — come to a clash in the Marine Corps’ latest update to the branch’s policy on tattoos, which was first announced in June 2016.

Now, some combat veterans say they are being denied re-enlistment despite their record of service because their tattoos violate the branch’s new policy. 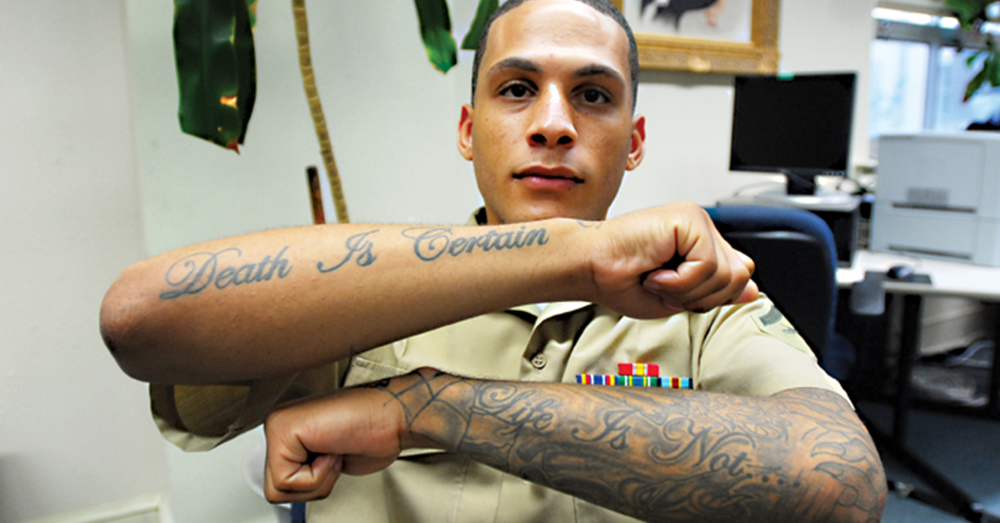 Former Marine Cpl. Brian Davenport was one of those whose time in the Corps was cut short because of his tattoos. After deploying to Afghanistan as a machine gunner in 2012, Davenport tried to re-enlist in 2015. At the time, however, the military was undergoing a drawback of troops from Afghanistan. That, according to Davenport, changed the priorities of the Corps.

“As soon as we got back from Afghanistan and we found out we weren’t going to be going back, everything just did a complete 180. It was more stressing the little things: your uniform, appearances,” Davenport told Marine Corps Times. “I had a second lieutenant, he was brand new and he’s like: ‘No one cares about Afghanistan. That’s over. We’re moving on. There’s a new Marine Corps.'”

Davenport said that his experience as a combat veteran was not taken into consideration, only his tattoos were. Two days after his time in the Marine Corps ended, he joined the Army. 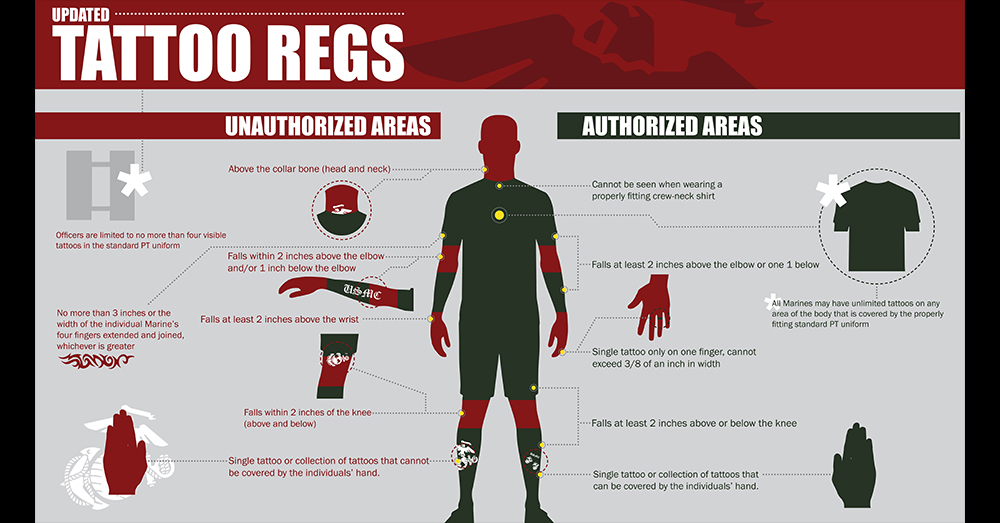 Image: United States Marine Corps/Cpl. David Staten — The Marine Corps has released a new tattoo policy in 2016, with guidelines in this illustration.

The story is similar for Sgt. Daniel Knapp from Fort Lejeune’s 2nd Battalion, a combat veteran of the War in Afghanistan who first deployed in 2011 and again in 2013. Throughout his service, he earned a combat valor award and was promoted several times. But when it came time to re-enlist, he was denied. He watched as the rest of his battalion deployed to Afghanistan again while he remained stateside.

Davenport had two tattoos close together, which under the new regulations were considered one single tattoo, and combined, exceeded the size limitations. Knapp had a single tattoo in honor of his combat service, which was also deemed too large for him to continue serving.

The new regulations that came out in 2016 were a little more lax in regards to visible tattoos but still strict enough to affect many Marines who may be in violation of the policy despite combat experience, decorations and medals, or other meritorious factors. At a time when the Marine Corps and other branches of the military are having trouble with enlistment and retention, leaders may need to revisit their policies to keep good Marines in the Corps instead of pushing them out. 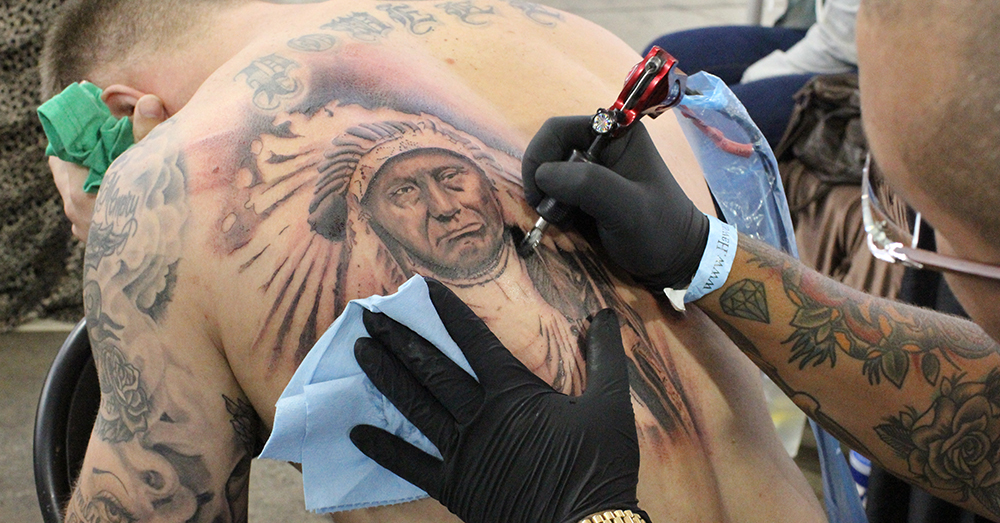 Photo: U.S. Air Force/Tech. Sgt. Phyllis Keith — A soldier in the process of getting a large tattoo in honor of his heritage.