The most deadly mass shooting in America took place Sunday night in Las Vegas when a single gunman opened fire on concert goers at the Route 91 Harvest festival. Using multiple firearms from the 32nd floor of Mandalay Bay Resort and Casino, which is located overlooking the concert venue, the shooter killed 59 people and injured more than 500 more.

The shooting started at 10:08 p.m. on Sunday, October 1, and continued for several minutes as more than 22,000 people at the country music festival fled and took shelter from the relentless gunfire. News reports, photos, and videos from concert attendees show the panic and chaos that ensued once the shooting started, and many horrific stories of bloodshed and loss have emerged.

In the aftermath of such a terrible day, stories of bravery, heroism, and sacrifice have also emerged, illuminating the actions of many at the concert who put themselves in harm’s way to help others and save lives.

One of those heroes is United States Marine Corps veteran Taylor Winston who, despite the danger to himself, ran into the gunfire instead of away from it with the help of his girlfriend to help save the lives of multiple people who were critically injured. 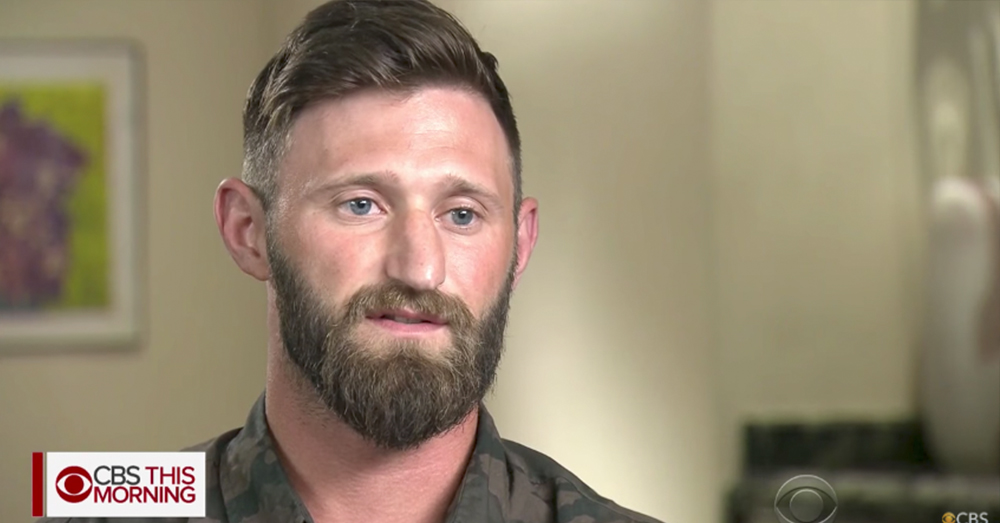 Taylor Winston and his girlfriend, Jenn Lewis were near the front of the stage when the shooting began. They made their way for safety immediately, but instead of running away, they ended up running back into the bullets to save others. Winston told CBS News, “the shots got louder and louder, closer to us, and we saw people getting hit. It was like we could be hit any second.”

“It was a mini war zone,” Winston said, “but we couldn’t fight back.”

So instead, the Iraq War veteran did the only other thing he could do — if he couldn’t fight, he could at least save lives.

Ambulances were arriving but were staged in a safe area out of the firing zone. The former Marine knew people needed help immediately. So Winston went over to some work trucks that were parked nearby. The first truck he tried had the keys in it. They “commandeered” the pickup truck and used it as a makeshift ambulance to get those with the worst injuries to the hospital immediately.

Once Winston found the truck with keys in it, he and Lewis started going back into the crowd and grabbing the most critically wounded people they could find. Those people were helped or placed into the truck, including the back seat and the bed, and Winston drove them to the hospital.

He unloaded the injured passengers from the truck at the hospital and then drove straight back to do it all over again. 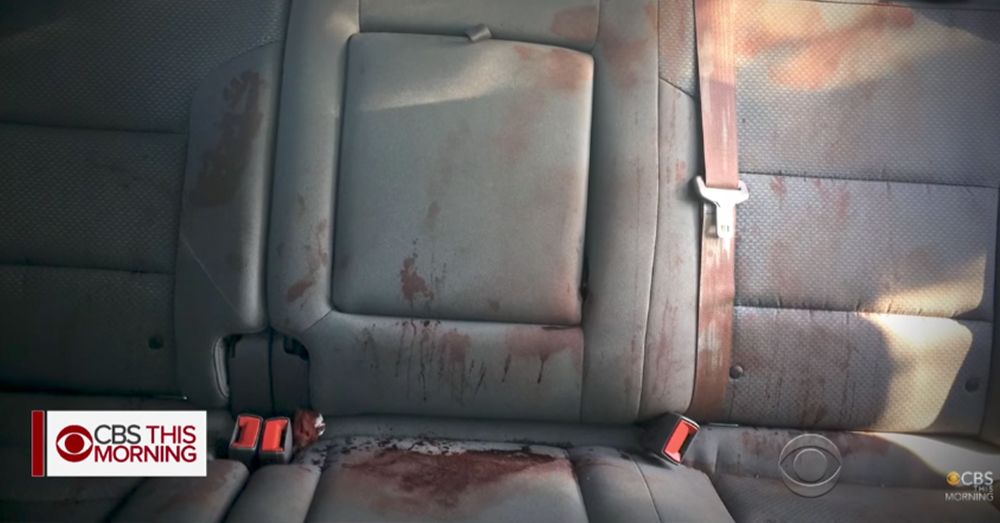 Photo: Screenshot/CBS News — Critically injured passengers were placed in the backseat and bed of the truck during two trips.

In two separate trips, Winston and Lewis were able to transport 20 – 30 critically injured people to the hospital.

“I can’t be for certain [which of the passengers survived],” he said afterwards. “There’s a few that I don’t think probably made it. They were pretty limp when we were pulling them out of the truck, but they still had a pulse, so I’m hoping for the best.”

“I was in such a speedy movement I didn’t assess anyone’s faces or anything,” said Winston, who later found out he had unknowingly saved the sister of one of his friends. “Just wounds and who was most critical. I was just trying to be efficient and get the most serious critical condition people to the hospital first.”

Winston joined the United States Marine Corps at the age of 17 and served two tours in Iraq. He was honorably discharged in 2011, having earned the rank of Sergeant. While Winston said he thinks his military experience and training helped him while trying to save lives on Sunday, he isn’t accepting the term “hero” for himself. “There was a lot of bravery and courageous people out there,” he said. “I’m glad that I could call them my country folk.”

He might not see himself as one, but we think his actions certainly make Taylor Winston a hero, and there are probably several others whose lives were saved by him that would agree.

Listen to USMC veteran Taylor Winston describe what happened in the video below.