Drowning Woman On Her Honeymoon Saved By U.S. Marine

Marine Corps Gunnery Sgt. Scott Dahn was practicing rescue diving with his wife, April Dahn, in Japan when he saw someone in the water showing signs of distress. His military training kicked in, and thanks to his quick actions the Marine was able to save the person’s life. That person ended up being a young Chinese woman on her honeymoon.

The heroic incident started when Dahn and his wife were practicing rescue diving at Maeda Point in Okinawa, Japan. Little did they know that the practice would turn into a real rescue dive!

Other scuba divers were nearby, and Gunnery Sgt. Scott Dahn saw one woman take off her mask and pull out her air regulator. At first, Dahn thought she was training with an instructor, but when he saw it repeated he knew she was in trouble and immediately went to help. 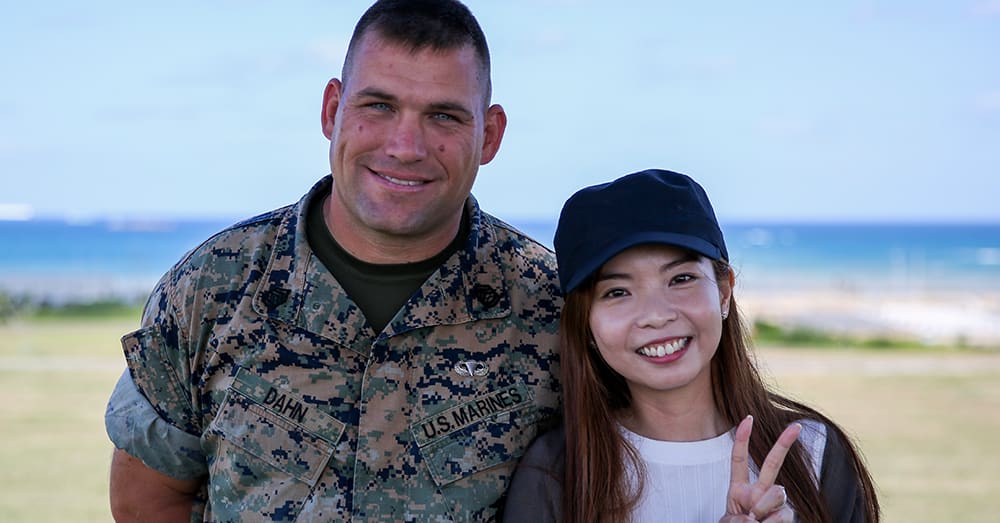 “I put the regulator up to her teeth, and once the regulator hit her teeth, she opened her mouth up, and I pushed the regulator all the way in and held it there. I grabbed her arm, and I signaled to the dive leader that we needed to go up,” Dahn said.

The woman in distress was Ching-Yi Sze, a Chinese native who was in Japan for her honeymoon.

“We proceeded in a slow, steady ascent so we wouldn’t get decompression sickness,” Dahn recalled. “Once we reached the surface, I grabbed her low pressure inflator hose and put some air in her BCD (buoyancy control device) so she would float. She was pale, her lips were blue, her eyes were rolled in the back of her head, she was foaming from the mouth, and she was unresponsive.” 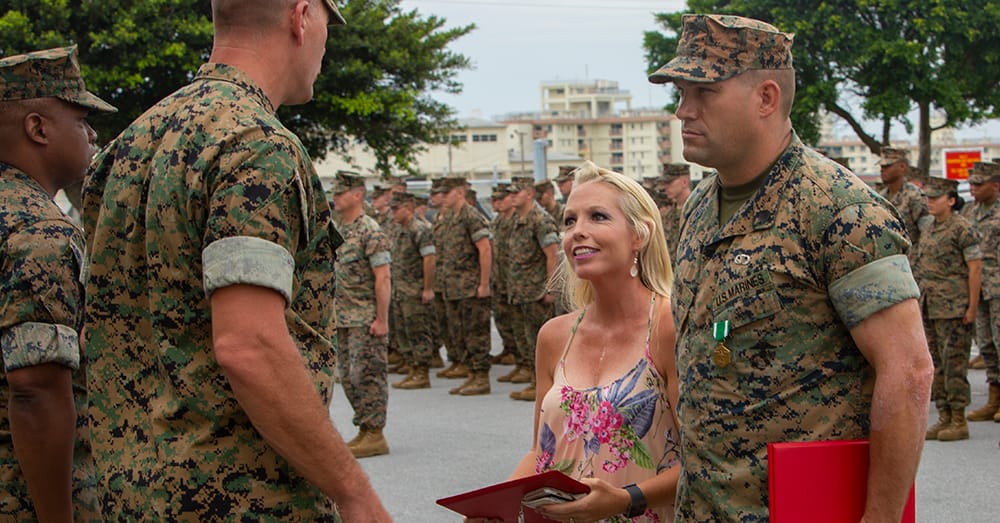 Once the Marine got Ching-Yi back to shore, he carried her up several flights of stairs and then laid her on her side so she would cough up the water. His wife, April, called emergency services for help while they helped her breath with an oxygen mask.

“She was getting better, which was a good feeling, because when we first took her out of the water, we were not sure if she was going to make it,” Dahn said.

Thankfully the honeymooner survived and made a full recovery, thanks to the Marine and his wife. They have kept in touch since the incident. Ching-Yi said, “I can’t express how grateful I am for Scott.” 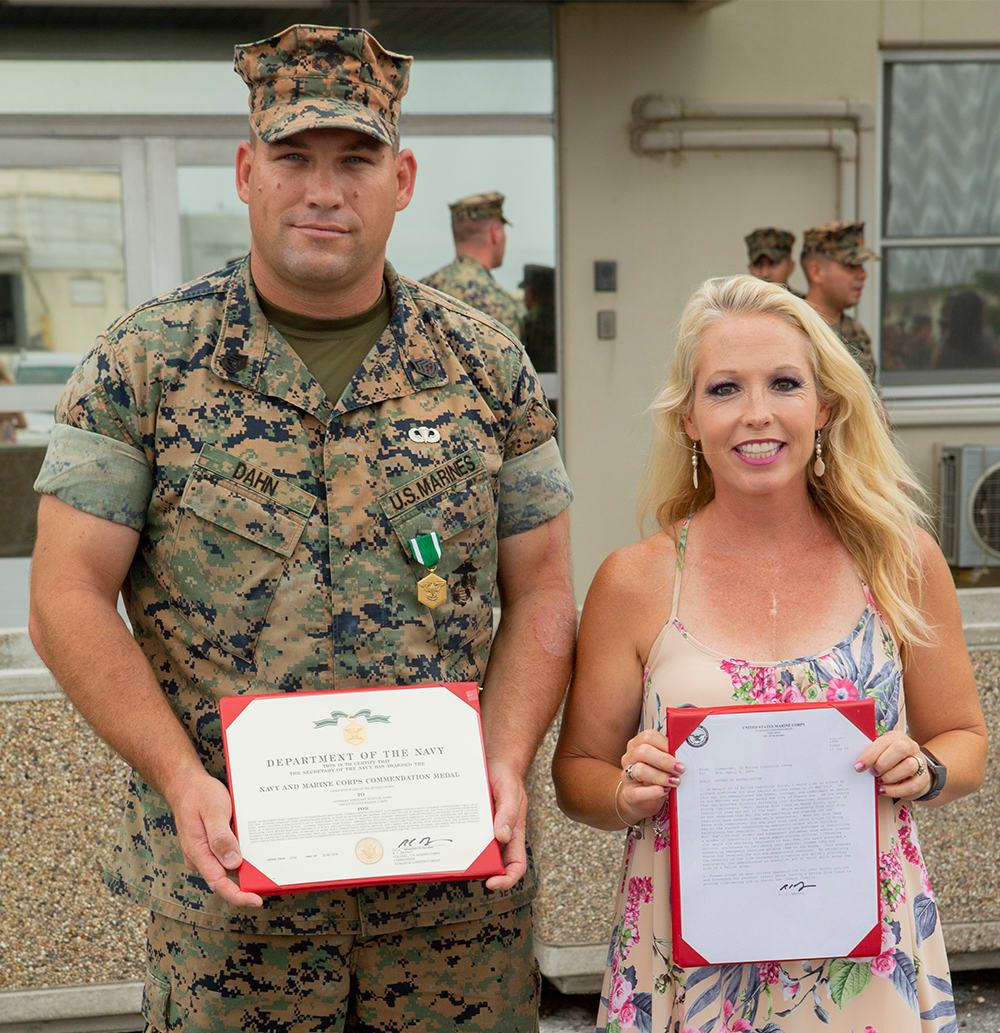 “I was not surprised at all of his actions,” said Capt. Taylor Davis, the executive officer for 3rd Maintenance Battalion. “He is a true professional. Dahn is a thoughtful and proactive Marine. His consistent desire to develop his Marines had already earned him the respect of his leaders.”

In recognition of both their actions, the Marine Gunnery Sgt. and his wife were awarded the Navy and Marine Corps Commendation Medal.

The Marine Corps motto “Semper Fidelis” means “Always Faithful” and this Marine certainly proved himself to be exactly that, faithful to help those in need both on and off the battlefield!

Disabled Veteran Heartbroken When He Learned His Dog Belonged To Someone Else: Click “Next” below!