Skylar Fontaine, 18, didn’t have a date to her senior prom. That’s because the high school senior from New Orleans is dating U.S. Marine Gage Moak, 19, who is currently away from home training for his MOS. But instead of letting the special occasion get missed, Fontaine put together an amazing photoshoot to capture the moment with Moak’s little brother standing in his place.

“I had seen a child Marine costume online somewhere, and I thought it was absolutely precious,” Fontaine told PEOPLE. “I mentioned to his grandmother that it would be a great idea to take some pictures and send to Gage. It came together so perfectly!”

So on the day of the prom, Gage’s two-year-old brother Clay dressed up in his own dress blues and a tuxedo for photos with Skylar. He was the perfect stand-in for his big brother, and when Fontaine posted the pictures on Twitter, they immediately went viral. 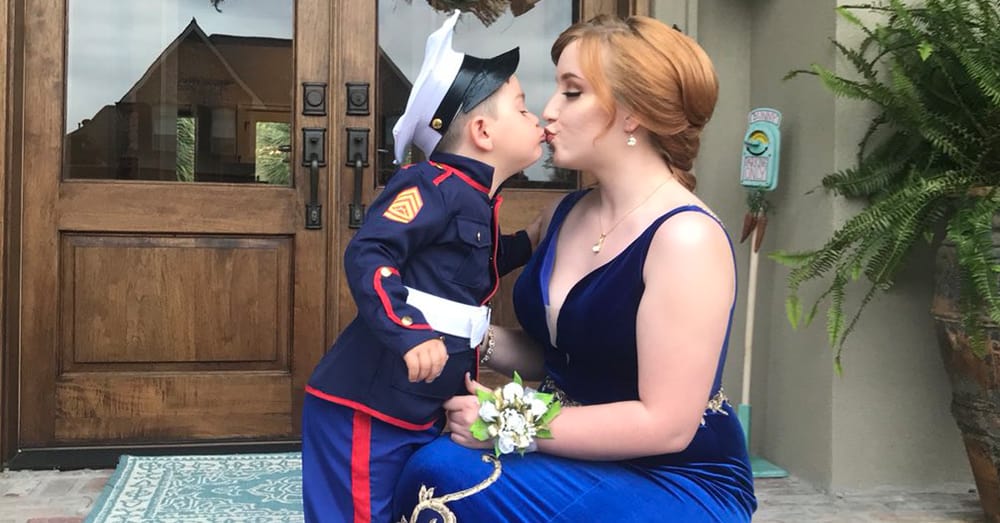 The prom date photos were a surprise for Marine Gage Moak when his girlfriend sent them to him. The couple was disappointed that they couldn’t go to the prom together, but Fontaine supports Moak and his service and wanted to show it.

“At first I was upset, but I am willing to deal with the distance and him being away because he is the one who is away from all of his family and making the ultimate sacrifice,” Fontaine told ABC News. 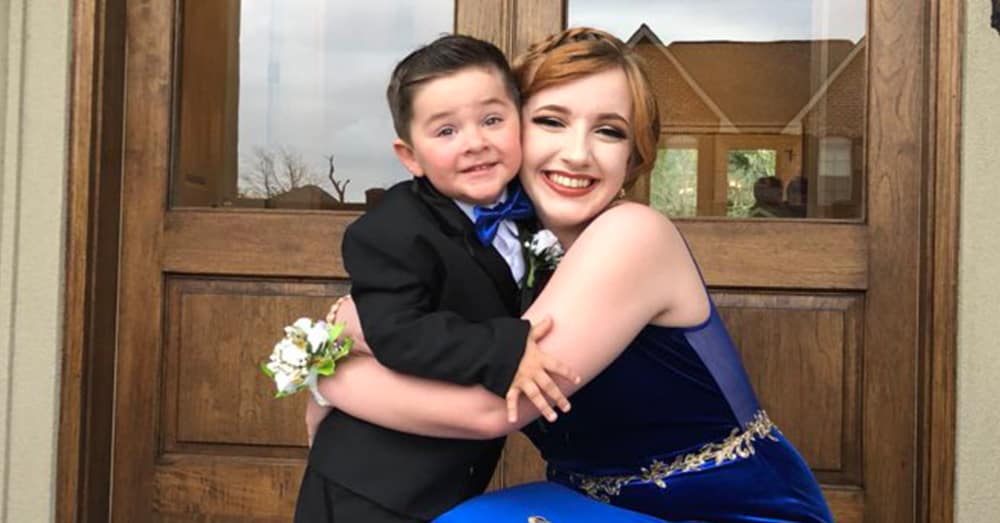 Photo: Twitter/Skylar Fontaine — Filling in for his big brother, Clay wore dress blues and a tuxedo in photos with Skylar Fontaine.

Skylar’s grandmother obtained the outfits for younger brother Clay, and while friends and family members gathered around, Skylar’s parents took the photos of the them together. Moak’s mother said it made her son smile when he saw the photos.

And while Clay didn’t actually go with Skylar to the prom, they will have the photographs to treasure for a lifetime. 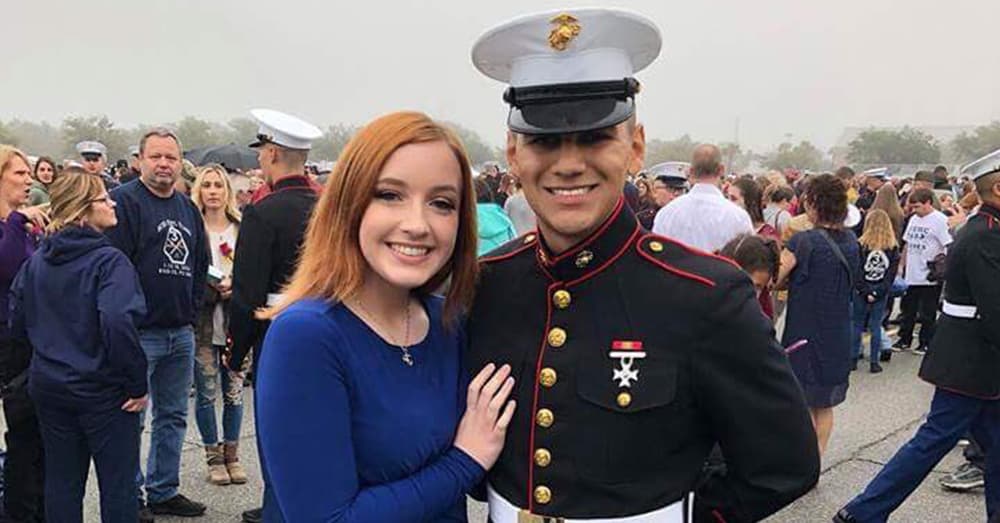 “My boyfriend is a Marine and isn’t home to take me to my senior prom… so his little brother stepped in and took his place. Needless to say, this girl is so happy,” Skylar wrote in her post on Twitter.

She told PEOPLE, “It was his dream to become a Marine, and I will make sure I stand at his side. I’ve been at his side throughout the entire process of him becoming a Marine, and, because of that, we share a special bond.”

The love and support that family members and loved ones show for service members is perfectly captured in these amazing, heartwarming photos, and they show the lengths loved ones will go to in order to show service members that they are always close to the heart, even when they’re not close to home.

My boyfriend is a Marine and isn’t home to take me to my senior prom... so his little brother stepped in and took his place. Needless to say, this girl is so happy 😍💞 pic.twitter.com/7CT5KT0cYX