Matias Ferreira is going to be walking the “thin blue line” soon as the newest graduate of the Suffolk County Police Academy in New York. He’s no stranger to protecting and serving, however. Ferreira is a former Lance Corporal in the U.S. Marine Corps. What makes makes his joining the Suffolk Police Department unique is the fact that Ferreira lost both his legs while serving in Afghanistan.

Ferreira was serving in Afghanistan in 2011 when a nighttime operation went very wrong. While moving some equipment, Ferreira jumped off a roof and landed on an IED. The explosion took both of Ferreira’s legs from the knee down. He soon recovered from his injuries and adjusted to life with prosthetic legs. Showing his American pride, he even has a pair with the American flag on them. 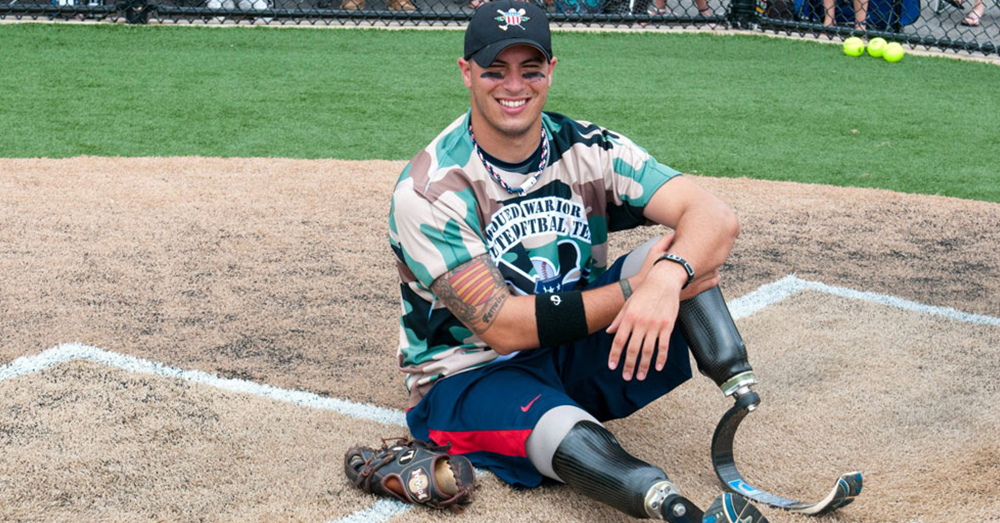 His Purple Heart distinction, in fact, has never slowed him down. With prosthetic legs Ferreira enjoys work, motorcycle riding, and sports – he is part of the Wounded Warrior Amputee Softball Team. In 2015, Ferreira made headlines when he rescued a baby from a car crash on the night of his wedding rehearsal.

On March 24, Ferreira will graduate from the Suffolk County Police Academy, switching his dress blues for a new blue uniform. From his service as a Marine to his amazing spirit and his continued heroism back stateside, apparently his joining the police department isn’t so unique after all. It’s just who he is.