If you want to see an American flag, there’s probably no better day than the Fourth of July. People and places across the country line their streets with the flag and display it proudly.

It can all be a beautifully patriotic sight, but for some Saco, Maine veterans, seeing Old Glory on their local lampposts has them in protest. Their issue is with the fact that city banners were hung above the American flag, a violation of flag code. 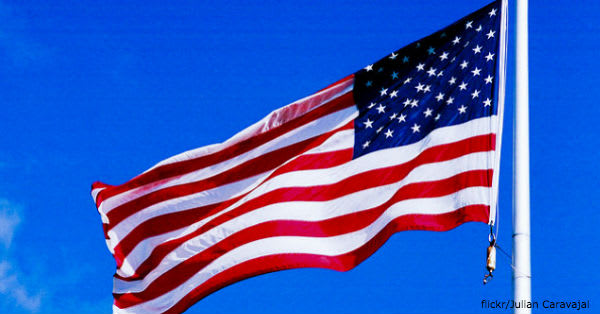 “I’d like them to take down the banners or move the flags above it. The flag code seven ‘C’ says nothing will fly above the American flag,” he said. “For a city and downtown association to do this, it’s just wrong, The solution is for them to fix it.”

Joe Armstrong, president of the local Vietnam Veterans America chapter, echoed Mulligan’s statement, but Biggs didn’t see it the same way. He shared Mulligan’s letter with other veterans on the Saco Main Street board and said he found no reason to move the flags.

“We reviewed the flag code, which is an advisory code, it’s not a law so to speak, and it basically says there will be no pennant or flag to fly above the U.S. flag – no flags of a nation, country, state or municipality,” Biggs told the Courier. “This is basically a welcome sign. It doesn’t have the city logo. It’s a sign and not meant to be an insult.”

Biggs said there are streets lined with American flags elsewhere in the town, and while unlit, contrary to the code, they serve their purpose in honoring U.S. service members. 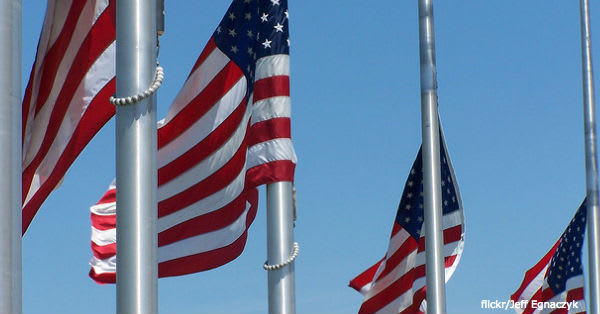 According to USflag.org, the U.S. Flag Code “does not impose penalties for misuse of the United States Flag. That is left to the states and to the federal government for the District of Columbia. Each state has its own flag law.”

The Maine Revised Statutes provide no description of where the U.S. flag should be displayed in relation to other flags. The state only outlines when the flag may be flown at half-mast, and the definition of and penalties for desecrating the flag.

While this flag feud continues in Maine, another was recently settled in Colorado. After a man named Samuel Adams was told by his apartment complex that he could not fly the American flag from his balcony, he posted his response to social media and it went viral. Read more about the conclusion to his fight in this story.