Have You Heard Of The Only Man To Fight In WWII With A Long Bow And Sword?

John Malcolm Thorpe Fleming Churchill was born in Hong Kong in the early part of the 20th century and would graduate from the the military academy at Sandhurst in 1926. But that is only the beginning of a story that almost defies credibility, except for the fact that every bit of it is absolutely true.

I came across this video and this story recently as I was reading the poem “Lepanto” by G. K. Chesterton along with some literary criticism and some essays about the poem.

The poem is about the great naval battle that took place in the Adriatic Sea on Sunday October 6, 1571, in the Gulf of Patras near Lepanto, Greece. It was there that the outnumbered Christian fleet and forces under the leadership of one Don John of Austria, the illegitimate son of the Holy Roman Emperor Charles V, and half brother to King Philip II of Spain, met and defeated the larger and more powerful Muslim fleet of the Turkish Ottoman Empire of Sultan Selim II, which was under the command of the famous and very successful, Ali Pasha. 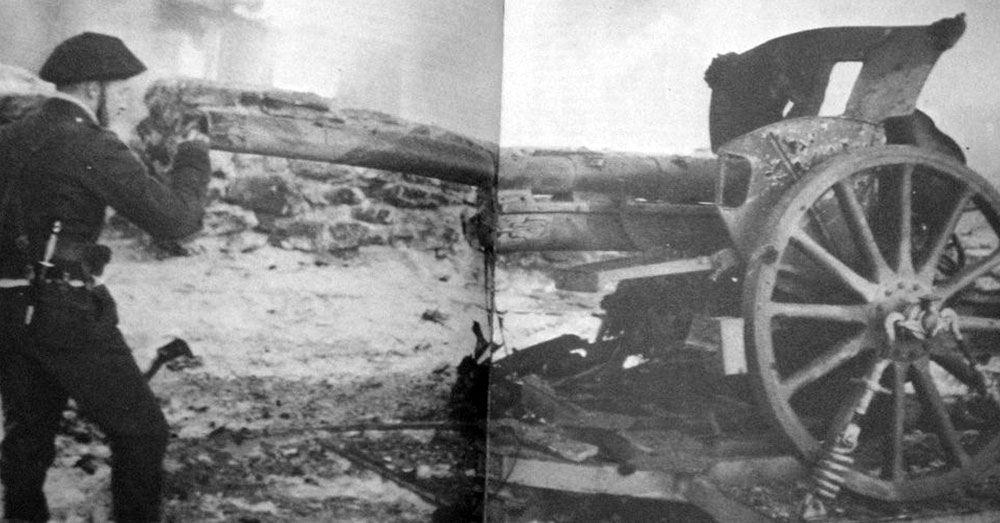 That huge Muslim fleet was on its way to lay siege to Venice and Rome and to conquer Europe. At the end of the day, the great Muslim fleet was completely destroyed. To make a long story short, Don John of Austria was called the last of the Crusaders by Chesterton, “someone who in council would rise above pettiness and envy, who in battle would lead without flinching.”

Well, if Don John of Austria was the last of the Crusaders, John Malcolm Thorpe Fleming Churchill was, in this writer’s estimation, the last of the Knights of the Round Table. 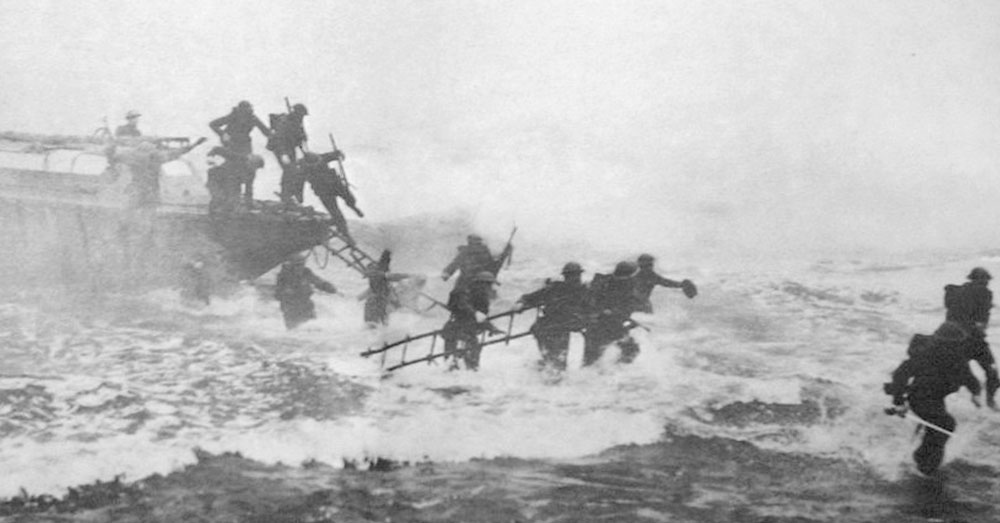 This man’s story as a war fighter is one that can only be described as “legendary.” Indeed, those who fought with him would nickname him “Mad Jack” for reasons you will see in this video.  Why do I call him the last of the chivalric knights?  Because it was his habit to go into battle during the whole of WWII carrying a long bow and a broad sword, and bagpipes. He would be the only man in WWII to actually take out a German enemy soldier with a long bow.

He, like Don John of Austria, was one who “in battle would lead without flinching.”

As you will see in this animated video about Mad Jack’s exploits during WWII he would prepare his troops by playing his bagpipes, then, with his long bow and quiver of arrows over his shoulder, he would lead his troops into battle with a rifle in one hand, waving his broad sword above his head with the other.  His courage was as legendary as that described in the Medieval romances about Sir Lancelot, Sir Bedivere, or Sir Gawain. Only his actions were real, and were undertaken in the midst of the most dire of circumstances in modern war. 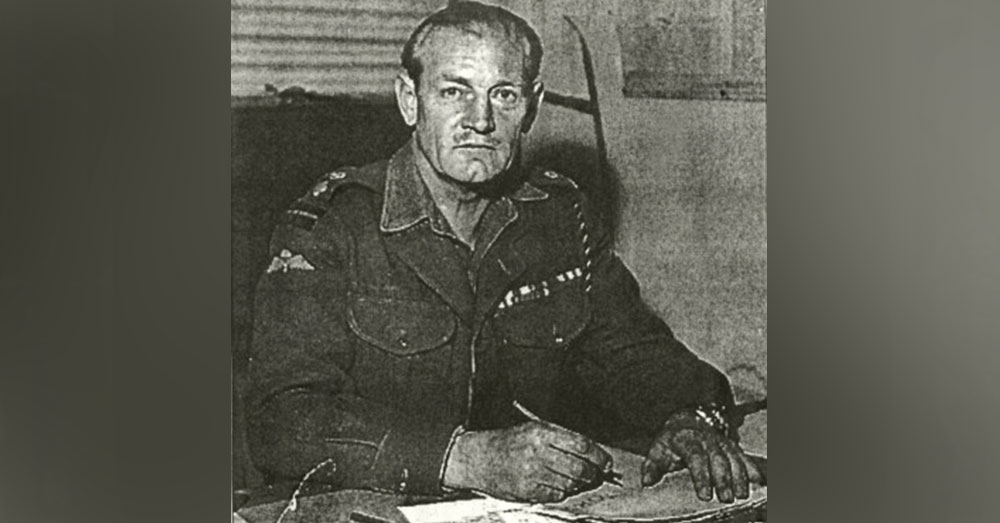 On one occasion, as you will see, he was able take 136 German prisoners with a commando force of only 50 men during a nighttime attack on a German position.  He had his men form into several columns around the Germans and had them shouting the word, “Commando,” over and over again in the dark, creating enough of a din that the Germans thought they were facing a much larger force.

He and a corporal took 42 of those prisoners by themselves.

Over the course of WWII he would be awarded two Military Crosses for valor. He would be wounded in the neck by machine gun fire, and serve all over Europe from Dunkirk at the beginning of the war, to Norway, to the Balkans, and would be captured by the Germans and escape twice. 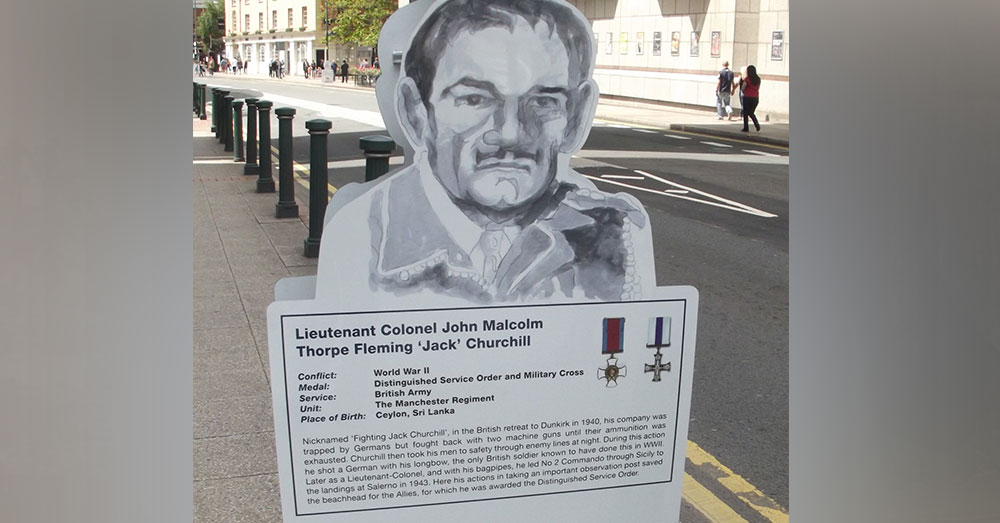 Mad Jack would then make his way to Burma to fight the Japanese. By the time he arrived there the war was over because of the bombings of Hiroshima and Nagasaki, but Mad Jack wasn’t done yet. He would travel to Palestine after WWII was over and help in the fight for Jewish independence in 1948.

When asked why he carried a long bow and a broad sword his simple response was, “An officer without a sword is improperly dressed.”

Mad Jack’s career certainly does have the quality of a Medieval Knightly legend in it. He had the character and the daring of one of those chivalric knights, and he certainly went into battle carrying the accoutrements of a warrior from that earlier age. He was, in fact, the only man to go into battle with a long bow and a sword in WWII.

He was the last of his kind.