At this moment, in Rio De Janeiro, the world is in the midst of the quadrennial celebration of sport and friendly competition known as the Olympic Games. The Modern Olympic Games began, appropriately, in Athens, Greece on April 6, 1896, and involved 14 countries, 241 athletes competing in 43 events and 9 sports. The Games being held in Rio at this time involve 11,000 athletes from 200 countries from all around the world.

In 1928, a year before the Wall Street crash and the beginning of the Great Depression, the American involvement and attention to the Olympic Games took a huge leap forward. The President of the U. S. Olympic Committee had died suddenly and the Committee reached out to a WWI hero to take on the leadership of the American Olympic team. The man they approached, and who willingly took the offer, was at that time serving as the Commandant of the United States Military Academy at West Point. 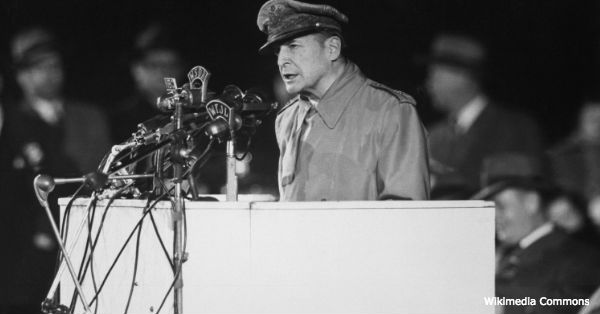 His name? Maj. Gen. Douglas MacArthur, the man who would become more famously known later as one of the Supreme Commanders during WWII, the Liberator of the Philippines, the man who introduced democracy and presided over the rebuilding of postwar Japan, and who would plan and execute one of the greatest military masterstrokes in history, the amphibious landing at Inchon during the Korean War.

MacArthur’s leadership and the success of the American team in the 1928 Olympic Games would create an enduring affection for the Games in the American people.

While MacArthur was Commandant at West Point he took a great interest in encouraging, supporting, and promoting the value of sport for the shaping of the leadership and teamwork skills, as well as the physical strength and endurance of the cadets. To this day there is a quote of MacArthur’s located near the West Point Stadium that reads, “On the fields of friendly strife are sown the seeds that on other days, on other fields, will bear the fruits of victory.” 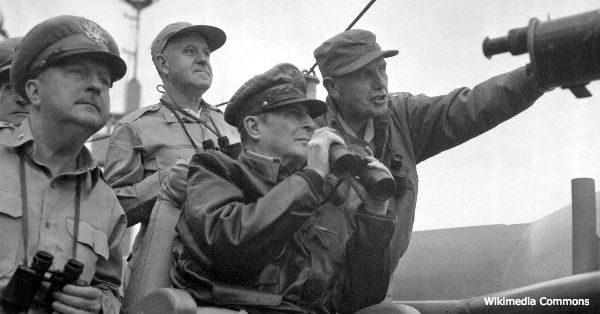 While at West Point in 1927, a year before the Amsterdam Olympic Games, MacArthur organized a friendly football game between Army and the Marine Corps, according to Time Magazine. To his delight, Army trounced the team from the Marine Corps.

Typical of MacArthur’s personality, when he took over the leadership of the U.S. Olympic Committee, he became the Coach-in-Chief. He encouraged, and harangued coaches and gave inspiring speeches to the sponsoring committees who would be helping to finance the team. It was common for him to show up at practices and to supervise training for the teams. He admitted that he “stormed and pleaded and cajoled” coaches and others in his efforts to prepare the 1928 U.S. Olympic for the Games to be held in Amsterdam that year.

How did they do? The Americans were not expected to be a major factor that year but in the end they took home 24 Gold medals, more than the athletes from the next two most-decorated countries combined. 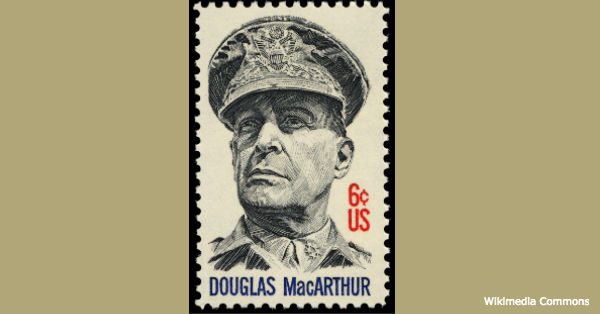 But there is more to the story than simply medal counts. MacArthur’s leadership, his determination, and his instinct about the what makes America great helped to shape not only the success of the team in those games, but also the collective self-awareness of the American people.

When the American boxing coach threatened to withdraw his team from the games after a blatantly unfair decision went against one of his boxers, MacArthur immediately pulled him aside and reprimanded him saying, “Americans never quit!” The word quickly got around to the other athletes and that phrase became the motto for the entire team. This never quit attitude has been a major element of American successes both in sports, on the “fields of friendly strife” and of the American military on so many of the unfriendly fields of strife we have been engaged in from that time until the present.

When the American Olympic team returned home it was to a nation whose spirit and sense of self had been reshaped by the successes of those American athletes on those friendly fields of strife in Amsterdam. General Charles Summerall, MacArthur’s former commander in WWI, was so pleased with the results of the 1928 Olympics that he sent a glowing letter to MacArthur in which he wrote, “You have not only maintained the reputation that Americans do not quit, but that Americans know how to win.”

On his return from Amsterdam, MacArthur went to President Coolidge and argued that support for the U.S. Olympic Committee be made regular by supporting it with a $2 million endowment fund. MacArthur had turned the Olympic Games into a source of national pride and a priority for American athletes. We can see that this is still true today with the quality and the success of the 2016 U.S. Olympic Team now competing in Rio De Janeiro, Brazil.

The Veterans Site sends its respect and praise to the athletes competing in Rio at this time. We wish to thank the memory of Maj. General Douglas MacArthur for his leadership, bravery, and commitment to excellence both on the battlefield in defense of this nation, and for his promotion of the values gained on the “friendly fields of athletic strife,” and for showing us so well and so clearly that “Americans never quit.”