Frank Manchel was a sergeant in the US Army during World War II. The 95-year-old vet traveled from California to Washington, DC, for an all-expenses paid trip, courtesy of Honor Flight San Diego.

Frank was so excited about the trip. The nonprofit takes war heroes to Washington, DC, to visit war memorials at no cost to veterans.

On May 5, 2019, Frank boarded the flight home to San Diego after an incredible whirlwind weekend. He visited various memorials, toured military museums, and spent precious time with friends old and new.

Also on board were 82 other veterans, plus their loved ones, caretakers, and volunteers.

During the final leg of the flight, Frank was said to be in good spirits.

He was laughing, reminiscing about the weekend, and chatting with his fellow passengers.

Then, suddenly, he collapsed. 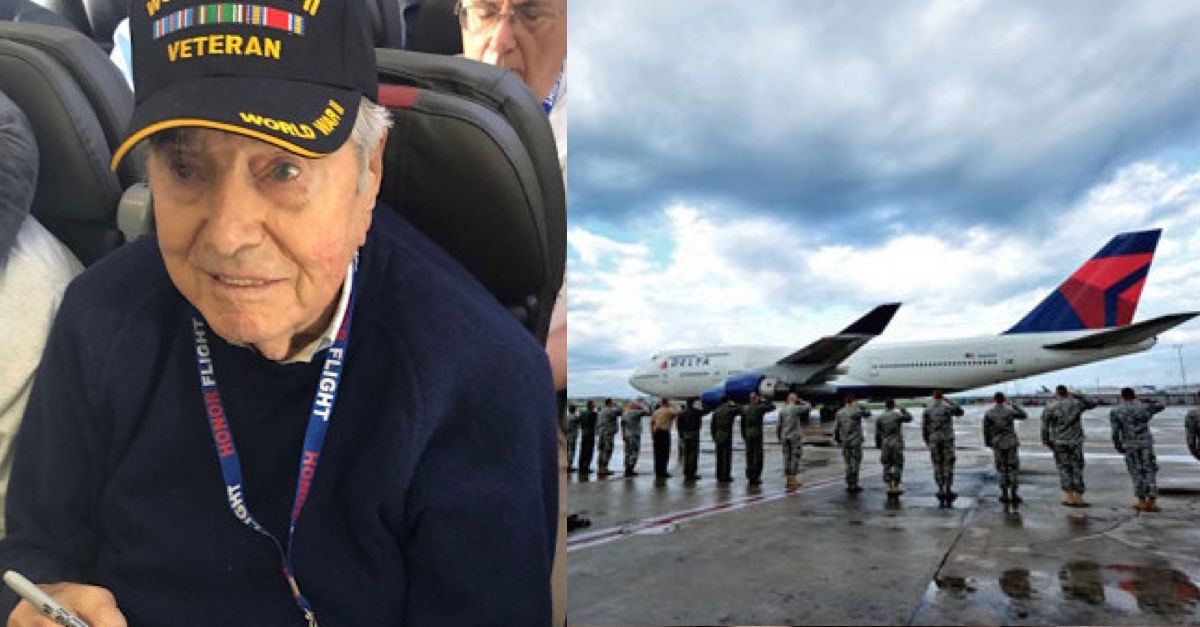 His son Bruce, a doctor, sprung out of his seat to help him. According to the Sacramento Bee, he and another physician administered CPR for 12 minutes.

Sadly, Frank died “quickly and peacefully,” right there on the Honor Flight. His body was draped in an American flag.

“My father’s passing was the ending to the most amazing weekend, surrounded by his newest best friends,” Bruce wrote on Facebook.

A photo of Frank on the flight — taken just before he collapsed — shows a hero on his way home.

Learn more about him in this video.