According to the USDA, nearly 200,000 servicemen and women come home from deployment every year.

The moment a soldier reunites with his loved ones can feel like pure bliss. There’s really no better type of viral video than one documenting a soldier’s surprise homecoming — like this one.

After a long year overseas in Iraq, Neal Wilson, commander of the 770th Air Expeditionary Advisory Squadron, finally returned home to Florida. His wife, two daughters, and son made it through the year as best they could without him, but they missed him desperately.

Unbeknownst to the kids, their doting dad had already come home and was about to show up at their school in Fort Walton Beach, Florida.

Dressed in his uniform, Neal decided to surprise them each separately, making for a montage of tear-jerking reunions. 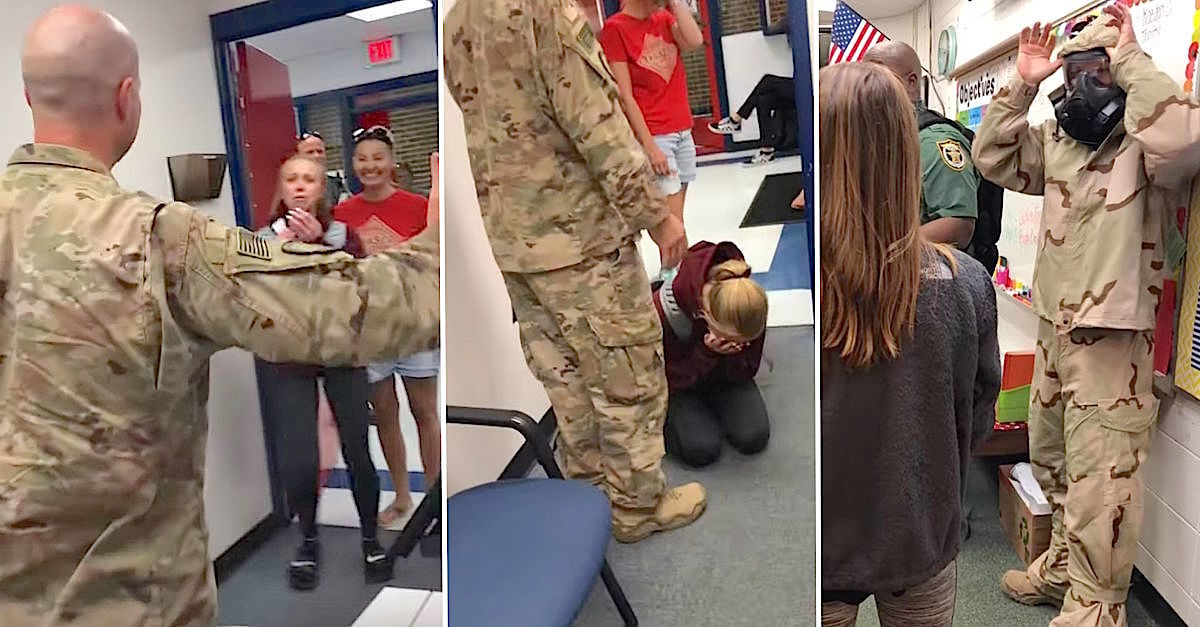 First up was his eldest daughter, who was definitely surprised to see Dad. She literally collapsed to the floor when she opened a classroom door and saw him standing there.

Next was his other daughter, with whom he took a different tactic. He hid in plain sight in her classroom and unveiled who he was at just the right moment…

Watch the video to see how his kids react to finally seeing their dad again after a year!