As a tree was coming down in Independence, Missouri, a bit of Civil War history was being uncovered.

Jeff Eastham, owner of Jeff’s Tree Services, told Inside Edition he was sent to a home to take apart a tree because he was told the tree was a safety hazard to the rest of the local landscape.

“It was diseased. There were parts of it that were a danger to the houses behind it and we had to take it down,” he said. “I was splitting wood … and a cannonball fell out of it.”

Then, he also discovered chains from the era tangled in the tree limbs.

“I don’t know anything about the history of it other than I’ve never seen a tree like that that had chains and cannonballs in it, so it’s pretty cool,” Jeff said.

Tour guide Ralph Goldsmith explained that two Civil War battles had occurred in Independence, including the first Battle of Independence that went down right across the street from where the cannonball was found. 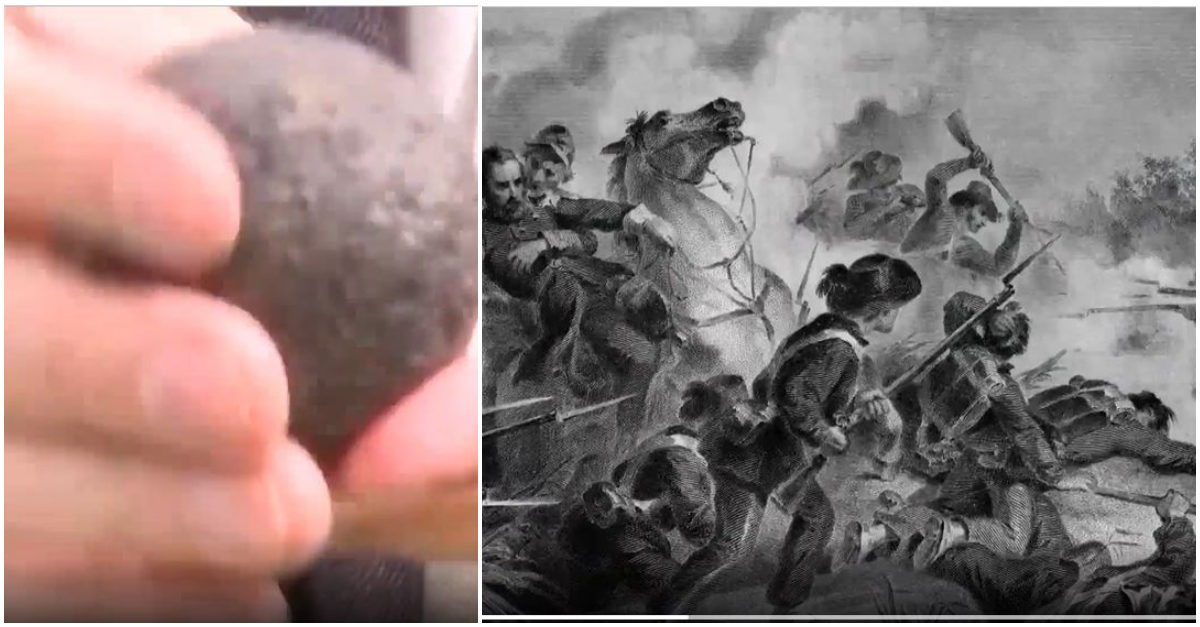 The owner of the historic home, Randall Pratt, said this isn’t the first time a cannonball was found on the property. The family found a cannonball lodged inside the structure of the house back in 1980.

“There was a first one that was shot by the Union army defending itself that was lodged in the brick just to the left of the window,” Randall said.

The first cannonball found is now in a museum, but the new one will stay at the home, where it belongs.

Watch the video below to see history unfold.