Wayne Wilson, a Vietnam veteran who died on May 28, 2019, didn’t have any living relatives. After he died, his friends were sad that he wouldn’t have many people at his funeral.

So they decided to put out a call to the community, asking for more people to attend the burial. They didn’t expect many people to show up, but it was worth a shot.

“Mr. Wayne Wilson was a heroic soldier for our country, becoming wounded in the Vietnam War,” the funeral home wrote. “Wayne was proud of his country and proud of his city. Every year, Wayne was the first person at Silverbrook Cemetery for the annual Memorial Day Parade.”

The public announcements worked. To everyone’s surprise, about 3,000 people turned up at the burial to pay respects to Wayne.

An intern at the funeral home told CNN, “I was just amazed when I pulled up in the hearse. I was driving through a sea of people. I couldn’t believe that many people actually turned out.” 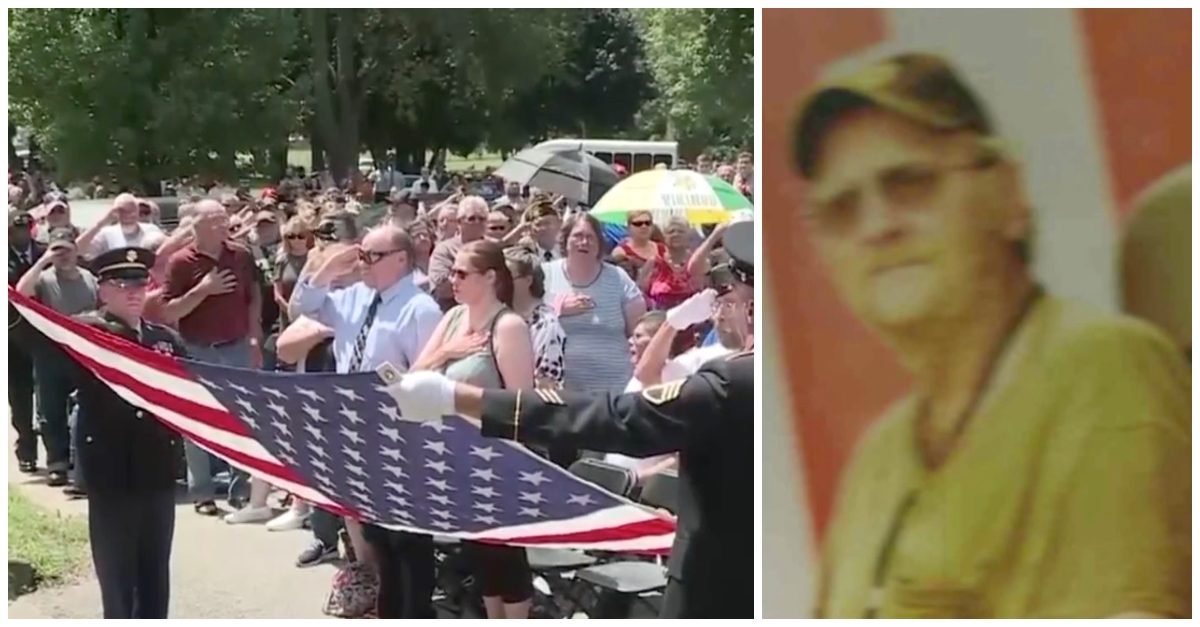 Richard Stuart, sergeant-at-arms of American Legion Post 51, was in charge of the color guard at Wayne’s ceremony.

He told CNN that it was the biggest commemoration he’s ever done.

“None of us figured that it would be as big as it was,” Richard explained. “Every veteran has the right to have a funeral like this. You’re showing honor to a veteran who has passed away.”

It’s so heartwarming to see our vets honored in this way by total strangers.

Watch the video to see the huge crowd that turned up for Wayne Wilson’s burial service.