Preston Satterthwaite, a kindergartner from Virginia, helped his dad install the American flag outside their front door in preparation for their Fourth of July festivities.

Preston’s dad, Mike, took the time to explain why the flag deserves respect and why it’s important not to desecrate the flag or even let it touch the ground. Preston absorbed the information wholeheartedly; it really stuck with him.

A couple of months later, Mike and his wife Jessica went to drive Preston to school. But on their way out of their house that morning, they discovered someone had literally ripped the flag out from its post and threw it onto the lawn.

Preston was especially disappointed when he saw the flag touching the ground.

So the Satterthwaites rehung a flag, and also installed a doorbell camera. They wanted to see if the vandal would return and try to disrespect their flag a second time, and then bring that person to justice. 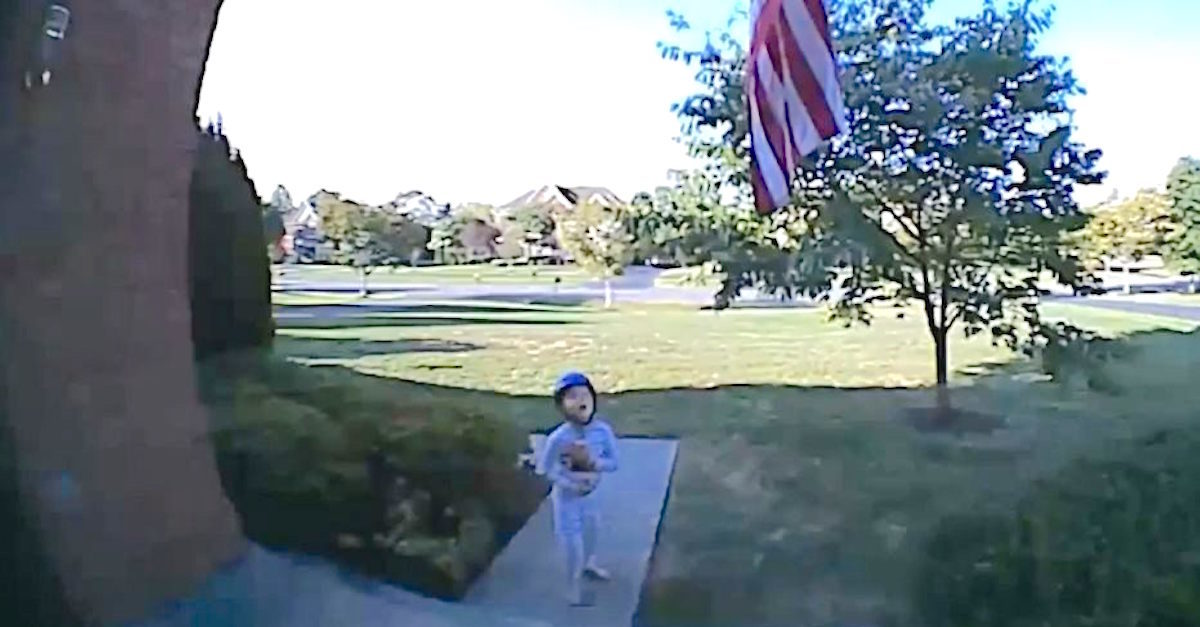 While scrolling through the footage later, Mike and Jessica got a surprise. There was 5-year-old Preston, standing right in front of the American flag after a bike ride with Mike.

Mike hadn’t known what his son had done on his way back inside the house. Instead of busting the vandal, Mike and Jessica witnessed the most patriotic scene: Preston reciting the pledge of allegiance before hurrying back to his dad.

Preston and his dad are interviewed by Fox News in this video, and Preston says he learned the pledge of allegiance in Pre-K when he was four, and again in Kindergarten when he was five. He is such a cutie!

Learn more in this video. (Preston says the pledge of allegiance at the end of the interview, and it’s so sweet!)