Aubrey Headon has made a gorgeous tribute to our fallen heroes.

Gretchen established a special retreat for combat veterans called the Darkhorse Lodge. This is an issue close to Aubrey’s heart, and she was so inspired by Gretchen’s efforts that she, too, wanted to find a way to honor the men who died in Afghanistan protecting our rights.

“I don’t want them to fade into nothing,” she told Yahoo Lifestyle.

Aubrey decided there was no better opportunity to showcase her big idea than her senior prom.

The ambitious teen spent the next two years working on an original prom dress design — a navy blue gown that looks like the American flag, complete with red and white ribbons and a starry blue halter top. 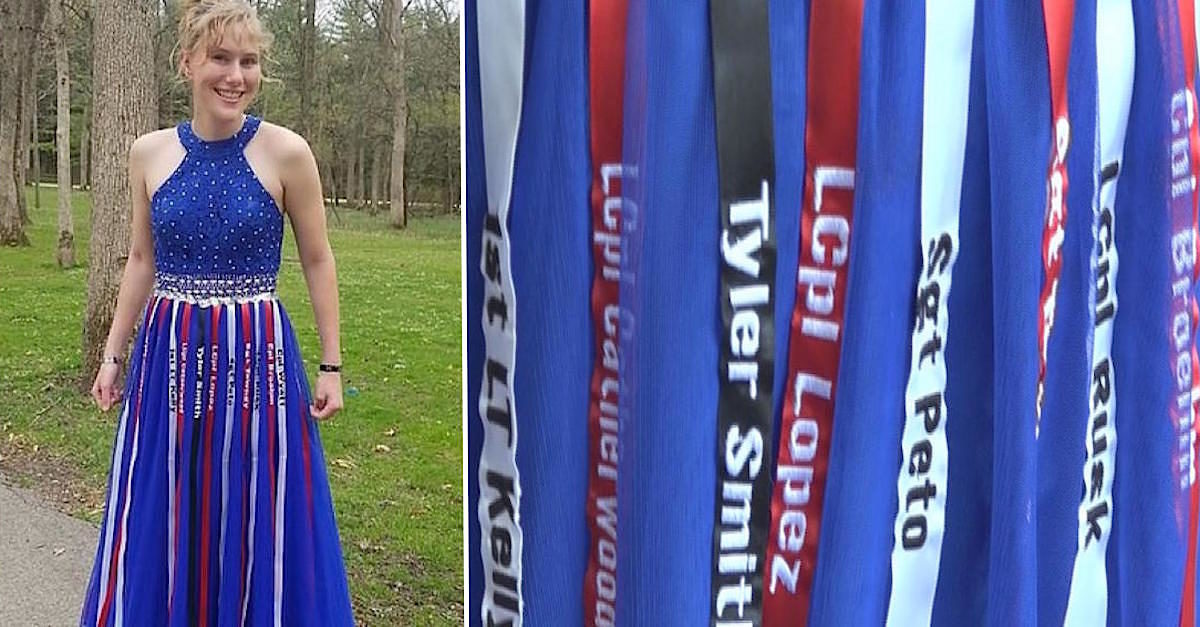 Here’s the kicker that made Aubrey’s dress go viral: each of the 25 red and white ribbons hanging from her skirt features the names of the members of the 3rd Battalion.

There is, however, one single black ribbon that reads “Tyler Smith.” Tyler, who reportedly died in a drowning, was a member of the Illinois Army National Guard — and he graduated from Aubrey’s high school.

Aubrey’s moving prom dress is truly a sight to behold.

Watch the video to see more.