Fourth of July is the perfect time to find creative ways to showcase your patriotism, from patriotic-themed music to American flag tattoos.

At a home in Bourbonnais, Illinois, a project to do just that turned into a massive showcase of American pride. Kyle O’May teamed up with his friend Tyler Shear to turn his front lawn into one big American flag, and the results are awesome.

It wasn’t easy to make this huge flag possible. The project takes weeks to achieve every year. It includes a lot of landscaping, according to neighbor Mike Cherry, who saw the men working on it.

“They’ve cleaned it up. I mean, they took out bushes, trees, junk, everything out of there,” Mike explained, per CBS 2 Chicago.

Kyle hasn’t served in the military, but he has friends and family who have. It’s for that reason that he wanted to find a special way to honor the flag for his Independence Day celebration, where he’ll collect donations for the Wounded Warrior Project.

Everything had to be just right. 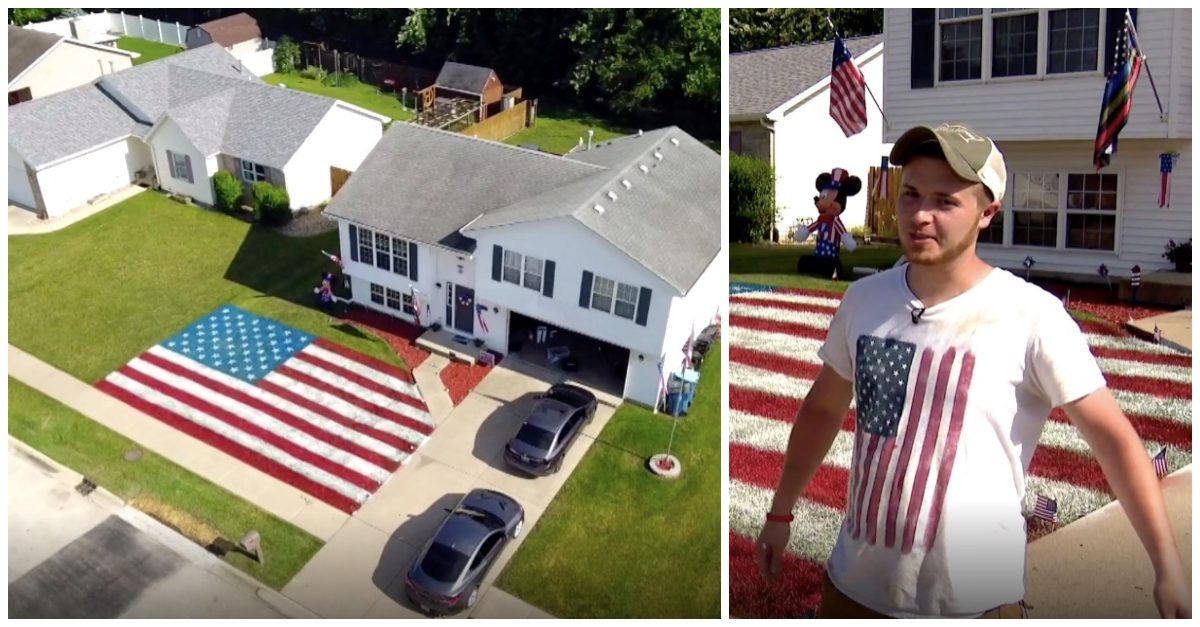 “Usually the saying is measure twice, cut once, but here we’re measuring twice and spraying once,” Kyle explained. “I wanted to make sure that it was drawn to scale. I did as much as I could from my side all the way to the property line. I got all 50 stars in there, 13 stripes.”

The final product is a massive American flag, measuring about 40 feet by 26 feet. It’s the second year they’ve undergone the process, and they don’t plan for it to be the last.

“There’s no escaping it. It’s not just for us. It’s for men and women shipped overseas, to their community around us.”

Watch the video to see this incredible flag!