Captain Erika Woods is stationed in Anchorage, Alaska, for a three-year deployment. Her daughter, 13-year-old Jada, is a track star at her middle school in Sacramento, California.

There’s nothing that makes Erika as happy as when she attends Jada’s important events, like her basketball games, dance recitals, gymnastic competitions, and, of course, track meets.

When Erika learned Jada would be the anchor for her team at her big championship meet, she knew there was no way she could miss it. By this point, she’d been in Alaska for six months and it broke her heart to have missed her track meets for so long.

So, Erika secretly worked with the school counselor to organize a surprise that Jada never saw coming.

As Jada prepared to cross the finish line, she realized she was in first place and would be winning the relay race for her team.

But just as she approached the tail end of the race, she saw a woman in uniform. 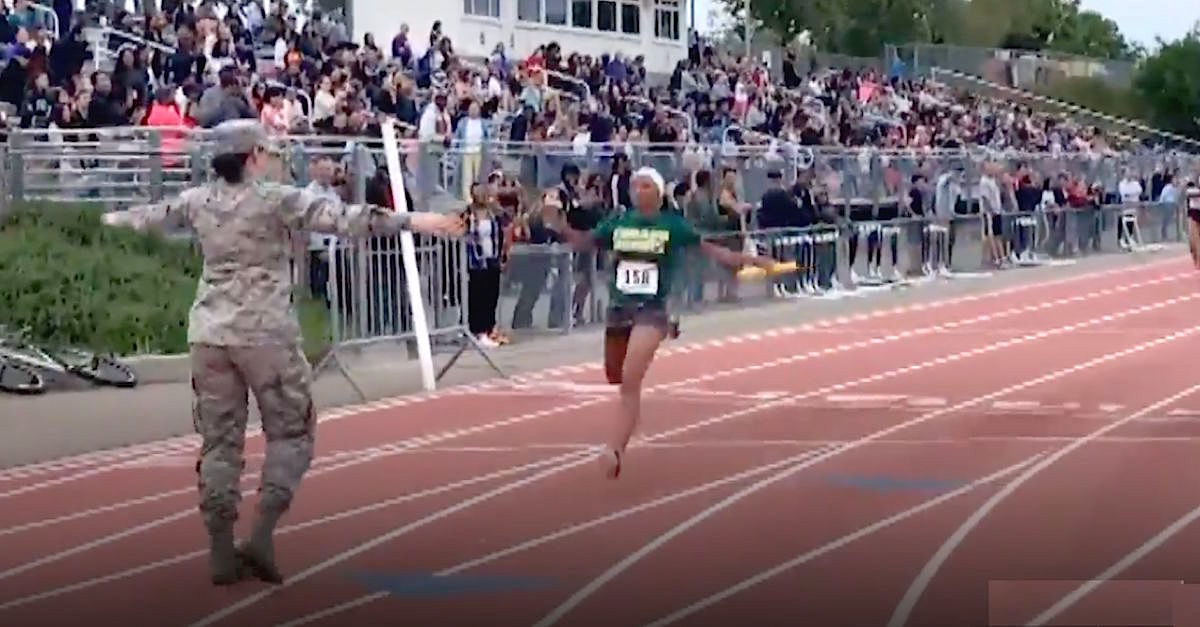 The woman was standing directly in front of her, holding her arms out and cheering her on.

The elated teen realized it was Mom and started running even faster — right into her arms.

“I was excited because I was in first place and I saw my mom close to the finish line so it made me start running faster,” Jada said.

“When I finally hugged Jada and she crossed the finish line, just a release of a lot of different emotions, happy that I was able to be there for that moment for her, excited for her to finish in first place, even tears of sadness that I had missed so much of her season or all of her season,” Erika said. “All of those emotions wrapped in one.”

Watch this incredible moment in the video below, and learn more about this amazing mother and daughter!