Just before the holiday season, Kellie Kendall received heartbreaking news. She was diagnosed with metastatic melanoma that had already spread to her lungs.

The Wisconsin mom likens her illness to a black cloud that has been hanging over her head ever since.

Making matters even more stressful is the fact her son, Donald, is in the Army. His deployments are always difficult, but his last deployment was particularly rough in light of Kellie’s health.

On the morning of January 3, 2020, Kellie was taking Donald to the airport to see him off when she decided to stop at McDonald’s to buy him some last-minute breakfast.

It was her way of stalling their inevitable goodbye before Donald’s deployment. She didn’t know if it’d be the last time they saw each other.

Kellie pulled up to the drive-through window, but as she tried to pay for their food, she learned another customer had been watching them from the car up ahead. 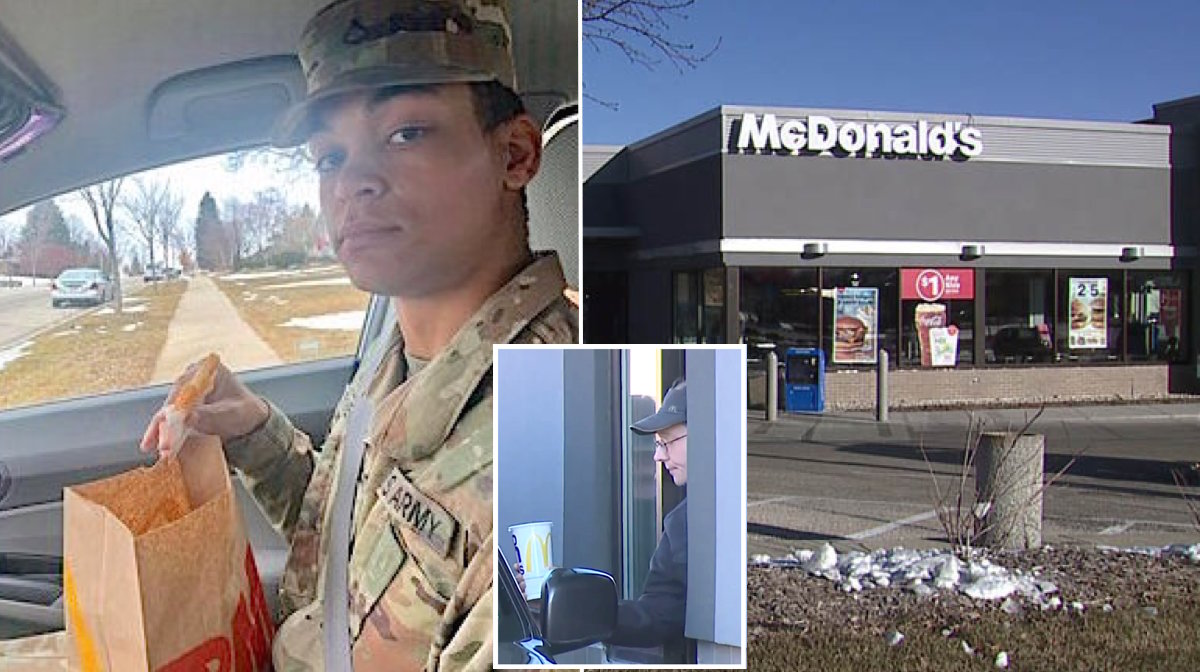 “She saw my son was in his uniform and she wanted to thank him for his service,” said Kellie.

Kellie’s faith in humanity was restored for a while, and she posted a thank you message on social media.

“When somebody does something nice, it really touches you,” said Kellie.

Learn more about this touching act of kindness and what Kellie is going through by watching this video.