Some people love a good surprise. Some people don’t like surprises and need to know the plans, from when and where down to every last detail.

However, even those of us who fall into the latter category can’t deny how touching it is when people surprise someone they love with an unexpected reunion, which is just what a Texas Marine did.

Lance Corporal Mason Rose’s family wasn’t expecting him home for months. His sister thought it was just another day at school. What happened next was a heartwarming brother/sister moment that’s hard not to get teary-eyed over.

Of course, her reaction was utterly adorable. Sierra was beyond happy to see him, and the entire school was in the gym cheering on the sweet moment between siblings. 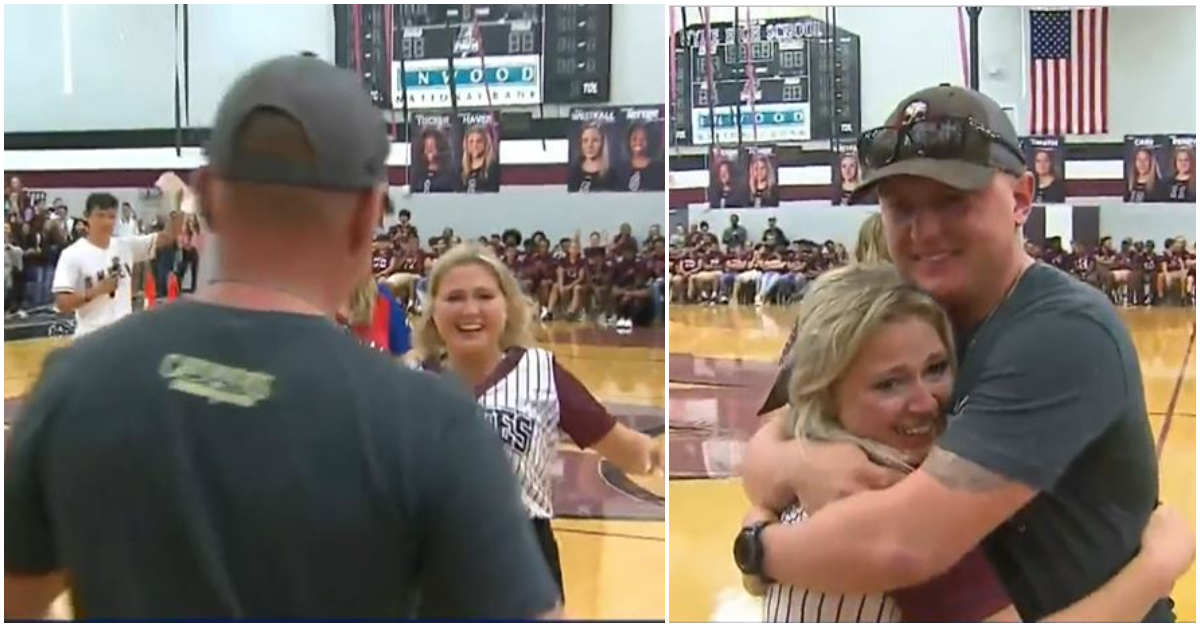 The two siblings didn’t even need to exchange words at the moment; hugs and tears alone expressed how they’d missed each other. Reunions like these are just too cute, especially when they are captured on video.

Mason had spent the previous seven months in Australia on active duty. Originally, he was set to come home on Christmas, but he was able to get home a little earlier than planned.

Watch the clip for the priceless moment when Sierra sees her brother and leaps into his arms crying.

(And try not to cry yourself!)